I am helping host a golf themed co-ed baby shower for one of my best friends.  Check out the sneak peek I did.  I can’t wait to show you the rest soon.  Anyway, I have always wanted to make a diaper cake and thought that this would be the perfect time to try it; so here is my quick and easy tutorial.  I had extra diaper so I ended up making a diaper cake and diaper cupcakes as well. 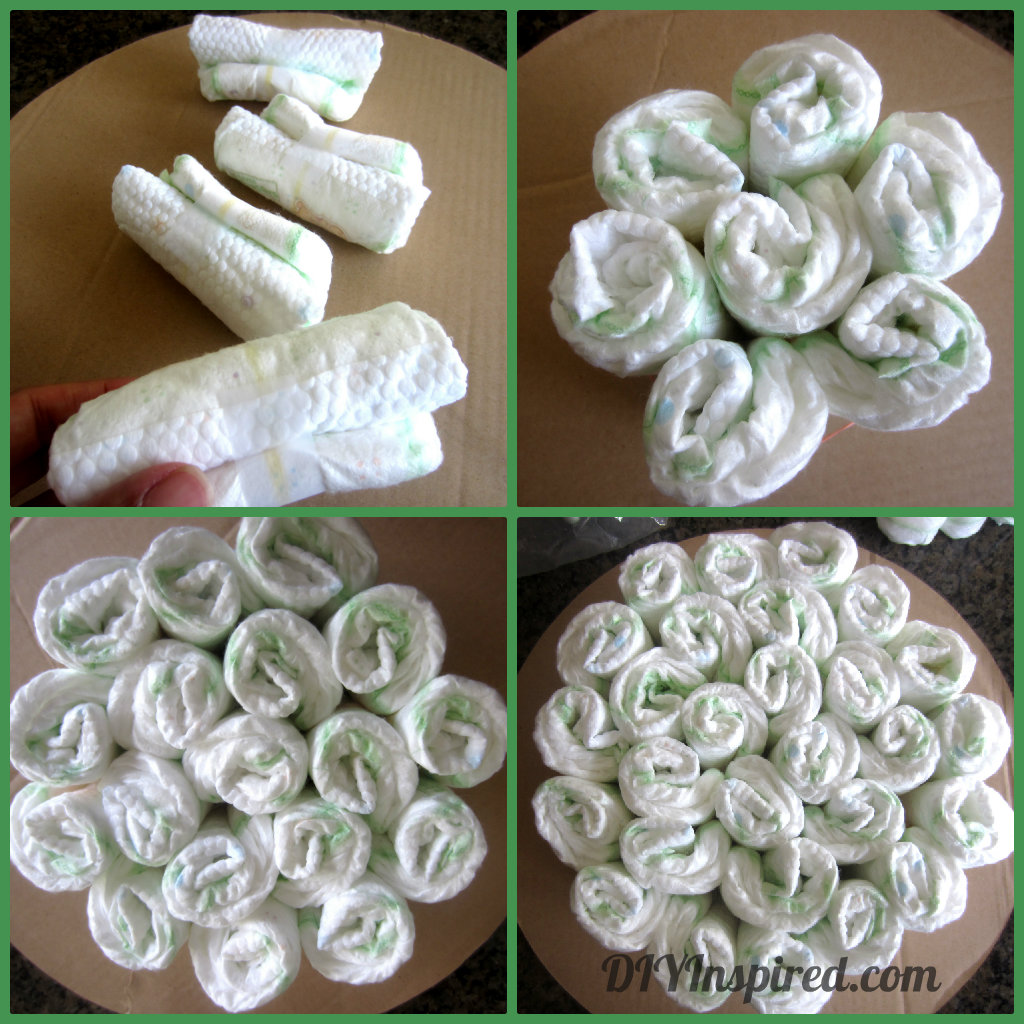 For most tutorials, they tell you to roll each diaper and secure it with a rubber band.  I have actually received a diaper cake before and it’s kind of a pain to take off all the rubber bands.  So, I decided to use tape.  The tape isn’t as secure, however it is MUCH faster and easier to use.  The trick is to make about three rolls and then wrap your rubber band

for the entire layer around the rolls and add as you make them. 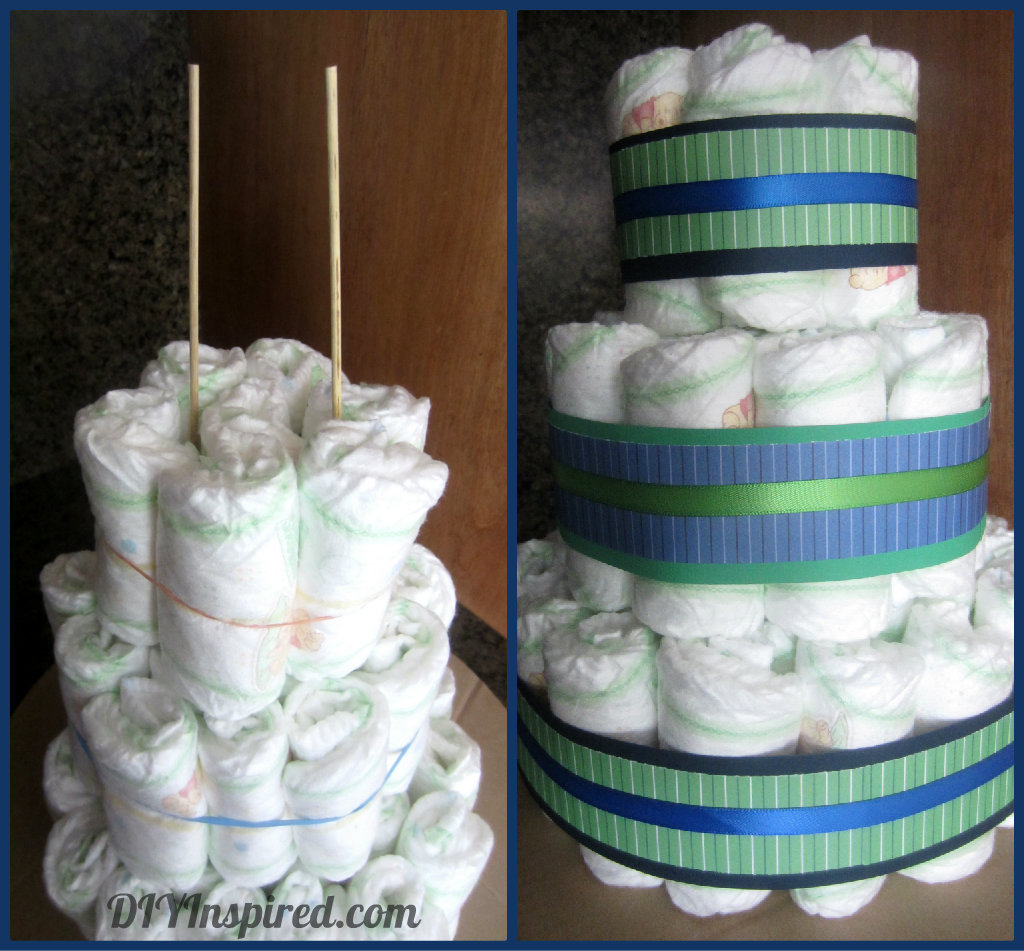 I made three layers as shown.  My top layer had seven diapers, my middle layer had eighteen diapers, and my bottom layer had twenty-eight diapers.  Layer your “cake” and insert two BBQ Skewers

to secure it as shown.  Add ribbon

Here are some after photos. 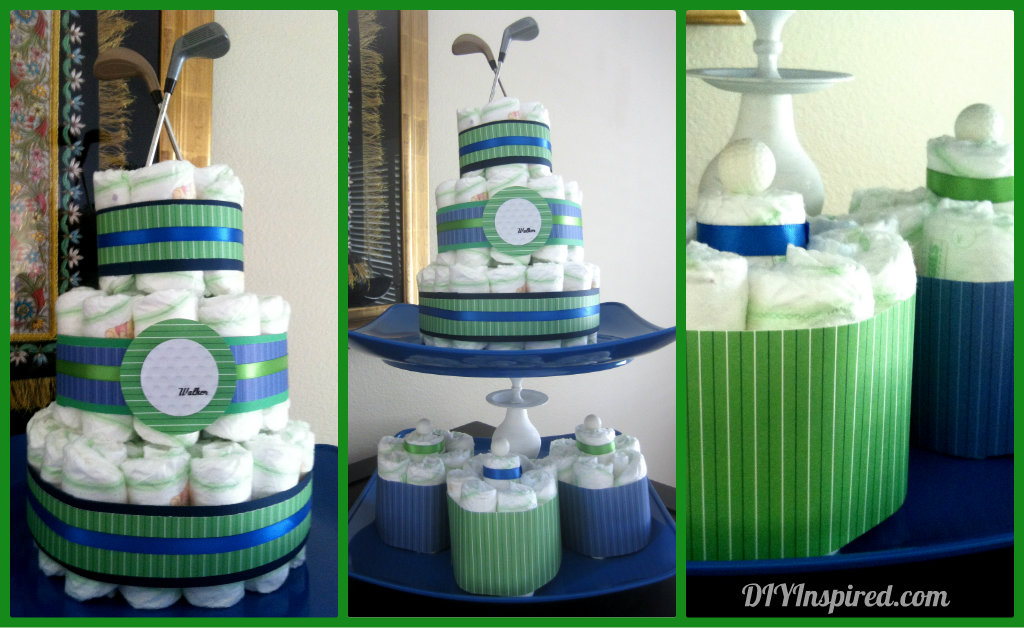 I hope you try it!

Update! Here is the Golf party! 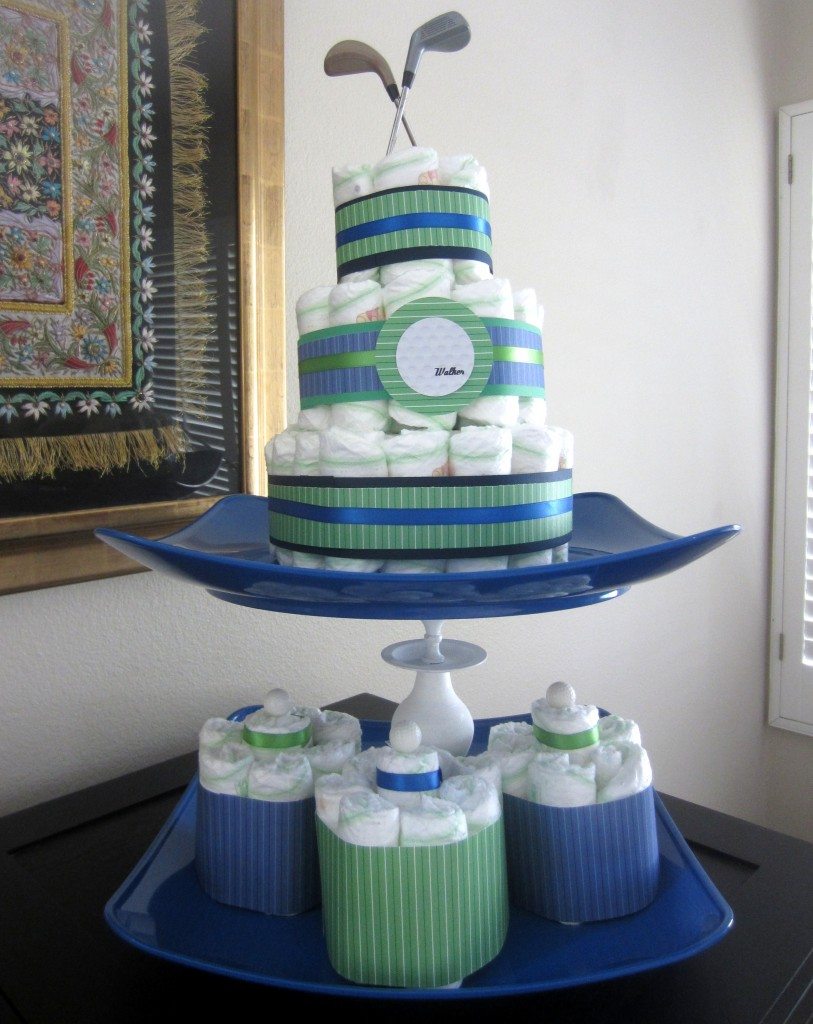 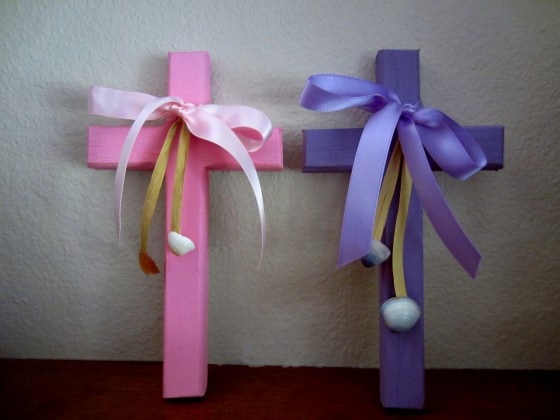 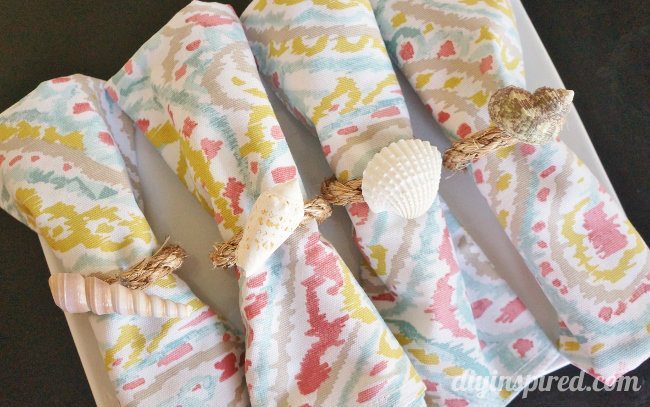 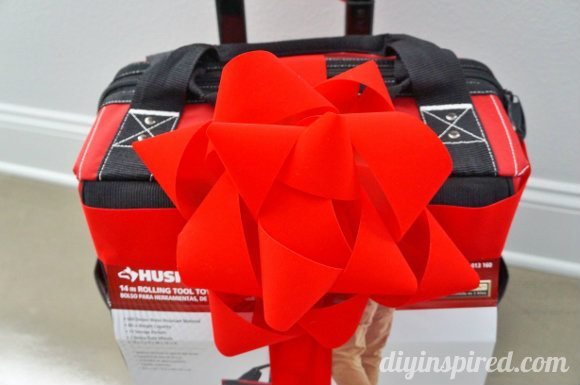 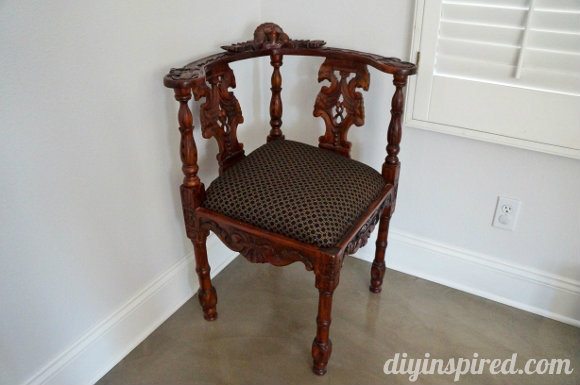 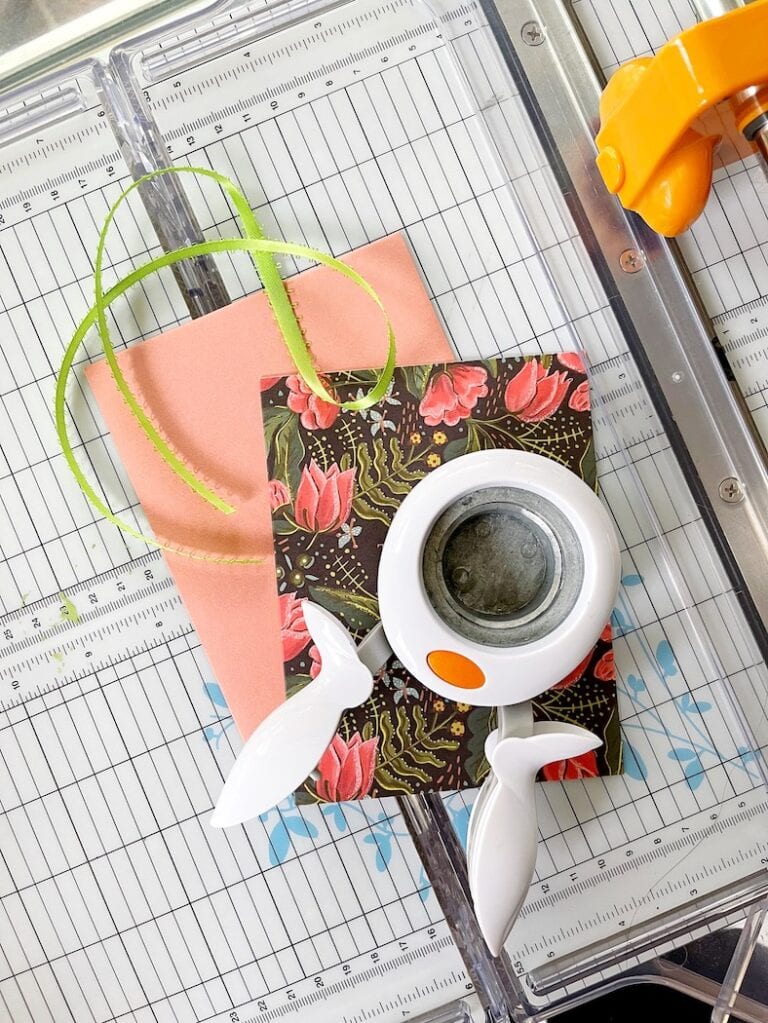 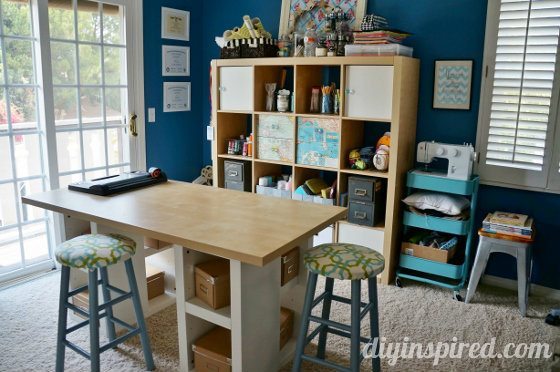