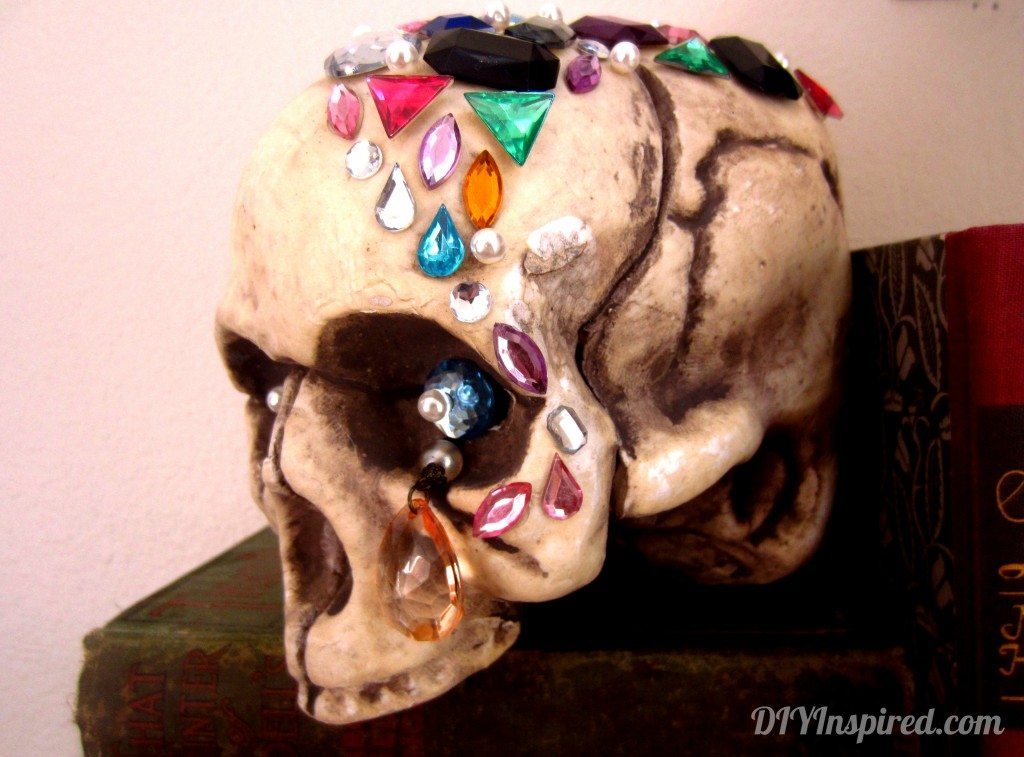 Skulls are one of my favorite Halloween decorations because they are so creepy.  The fake foam bag of bones  you can buy at any retail store are usually inexpensive and look realistic.  I was originally inspired by a skull I saw on Pinterest when I decided to do this project.  Naturally I didn’t want to spend any money, so I raided my craft closet and found some beads and plastic gems I could use.  Because I love Halloween so much, I have several skulls and chose one that appeared damaged from Halloweens past.  Here is how I made my Halloween Jeweled Skull.

I honestly can’t remember why I may have put holes in the eyes of this skull (maybe for bugs? Light? No idea…) but I wanted to cover those up so I added some larger gems and plastic pearls to cover them.  I also took apart an old cheap plastic necklace that I never wear anymore and added a tear drop to the right eye.  I have to say, this project was so much fun and much easier than glittering them. 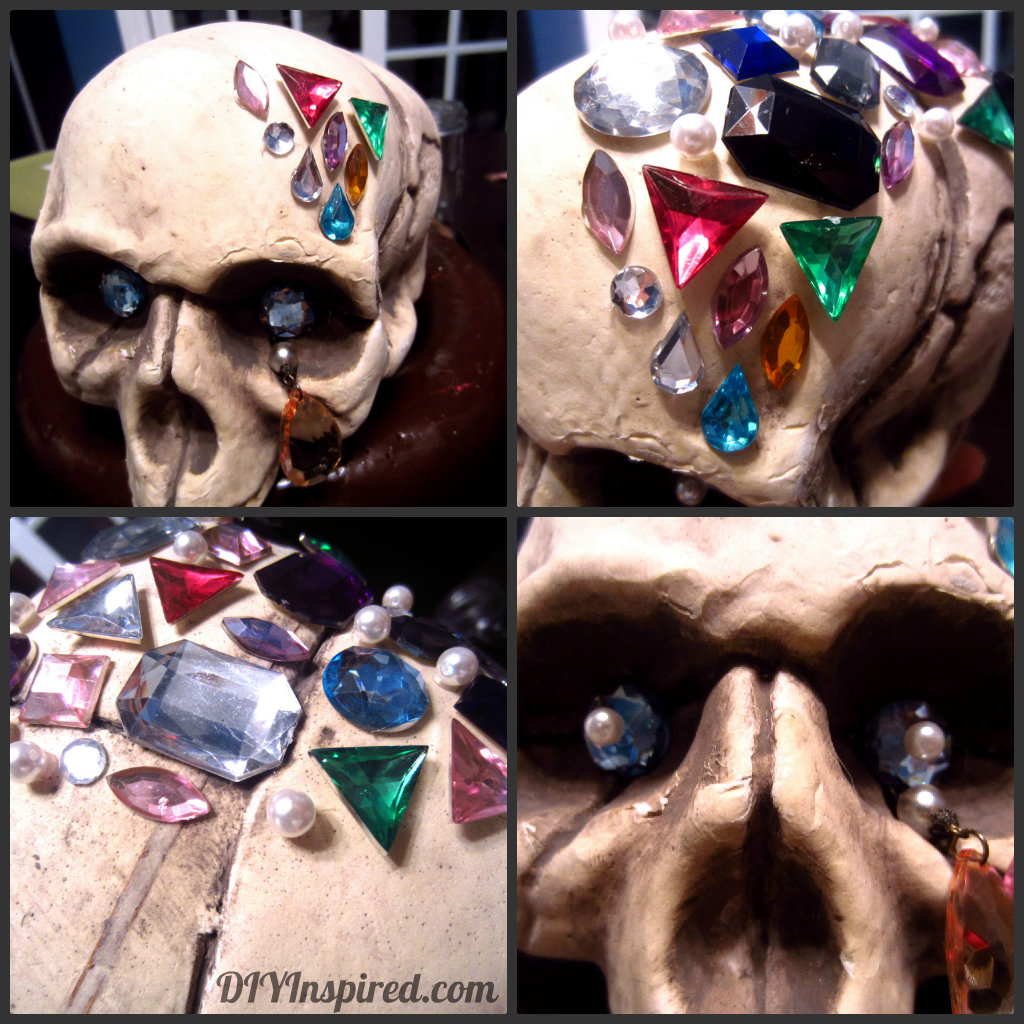 Here are some AFTER photos.  I may of gotten carried away a little bit! I am now addicted and may have to glam up some more skulls.  Maybe I’ll play with the bones. 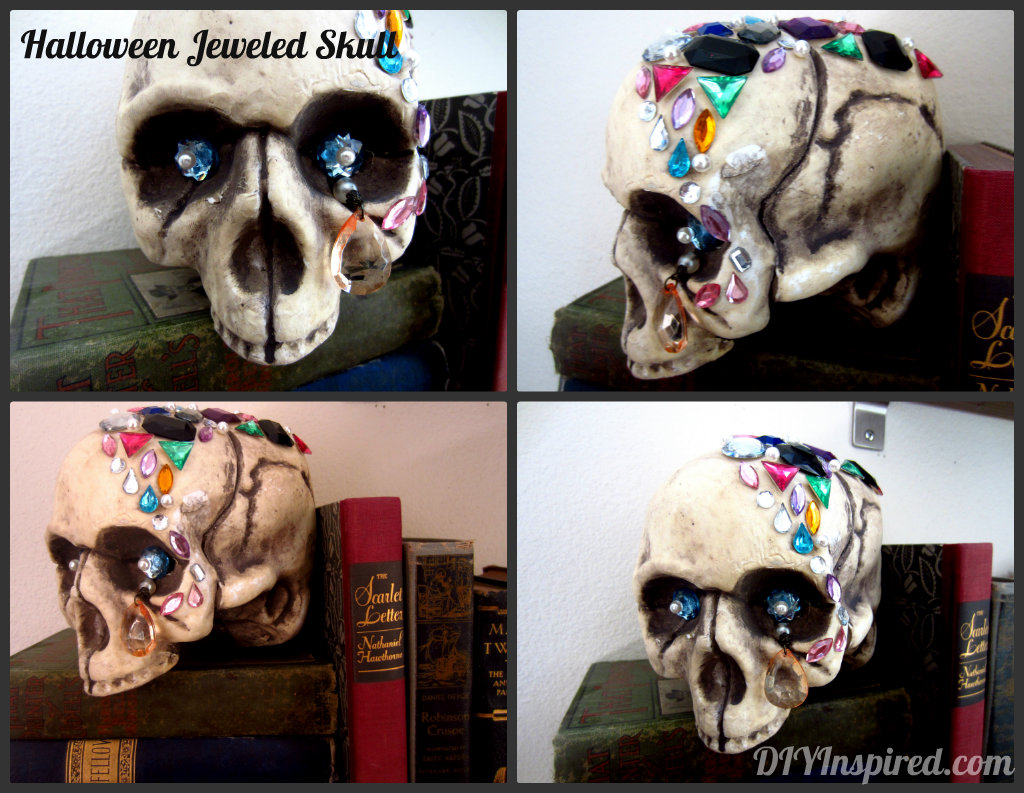 These would be perfect for a pirate themed party or Pirates of the Caribbean themed party.  They remind me of a buried treasure.  Hope you try it out! 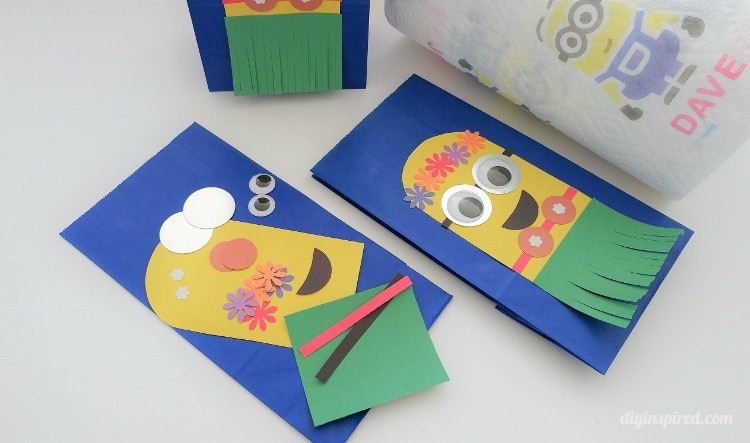 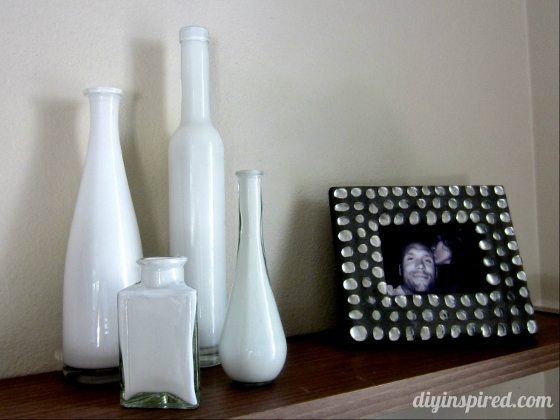 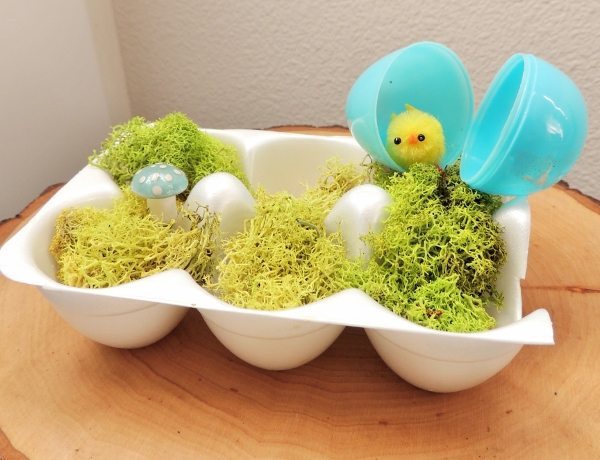 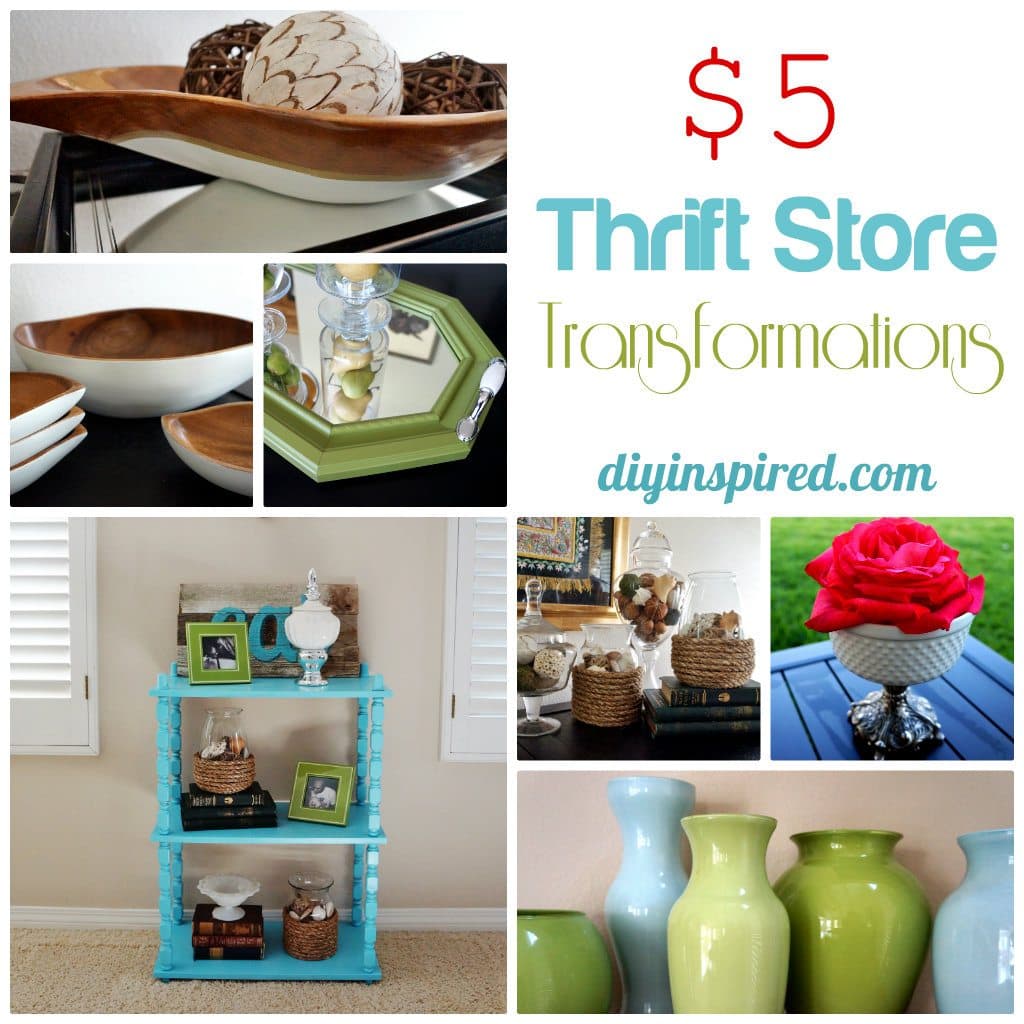 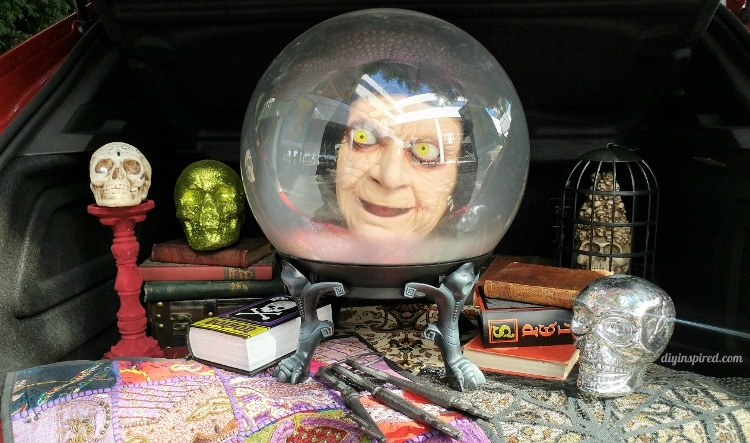 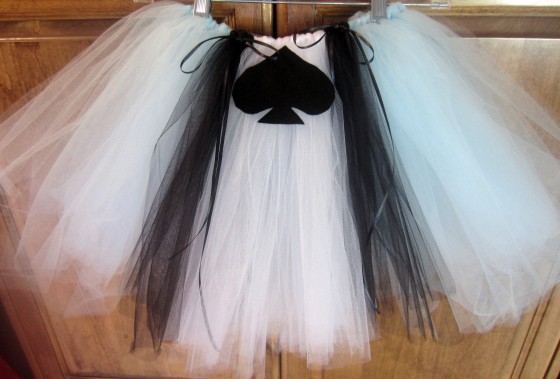