I love the creepy and crawliness of Halloween.  For some reason I’m drawn to all things gross and scary. I’ve always been like that.  I can recall wanting to show a scary movie at every single birthday slumber party I’ve ever had.

Since this is my daughter’s real first Halloween (she was only 3 months old last Halloween), I couldn’t help but altering her costume and grossing it out a little. I decided to buy her a little strawberry costume with a raspberry trick or treat pail since they were so inexpensive. Infant and toddler costumes are so cute but not eerie enough for me! They just need a little DIY costume tweek.

Here is my attempt at taking the “before” pictures.  Cut me some slack… since she started walking, it’s impossible to take a good still. 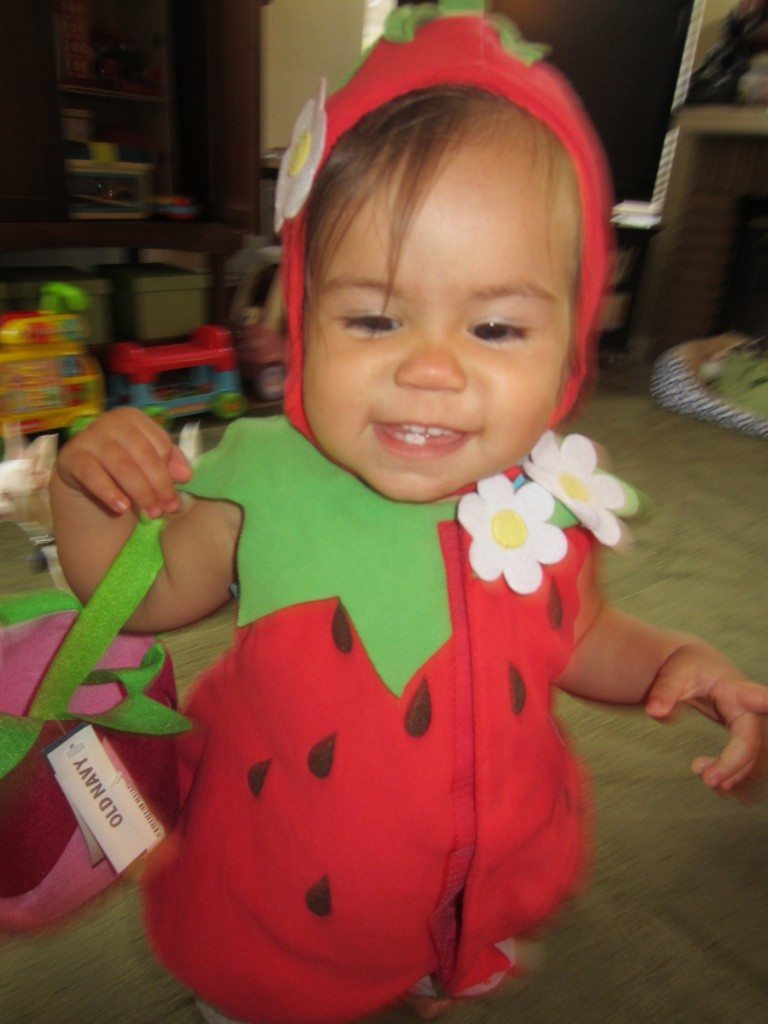 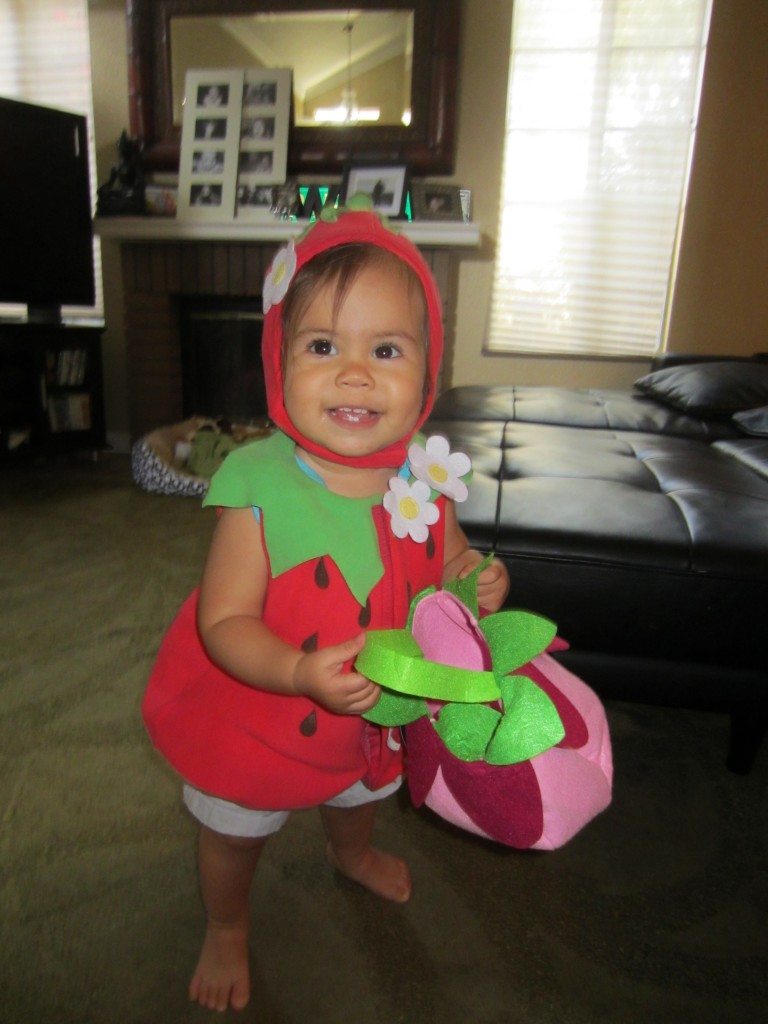 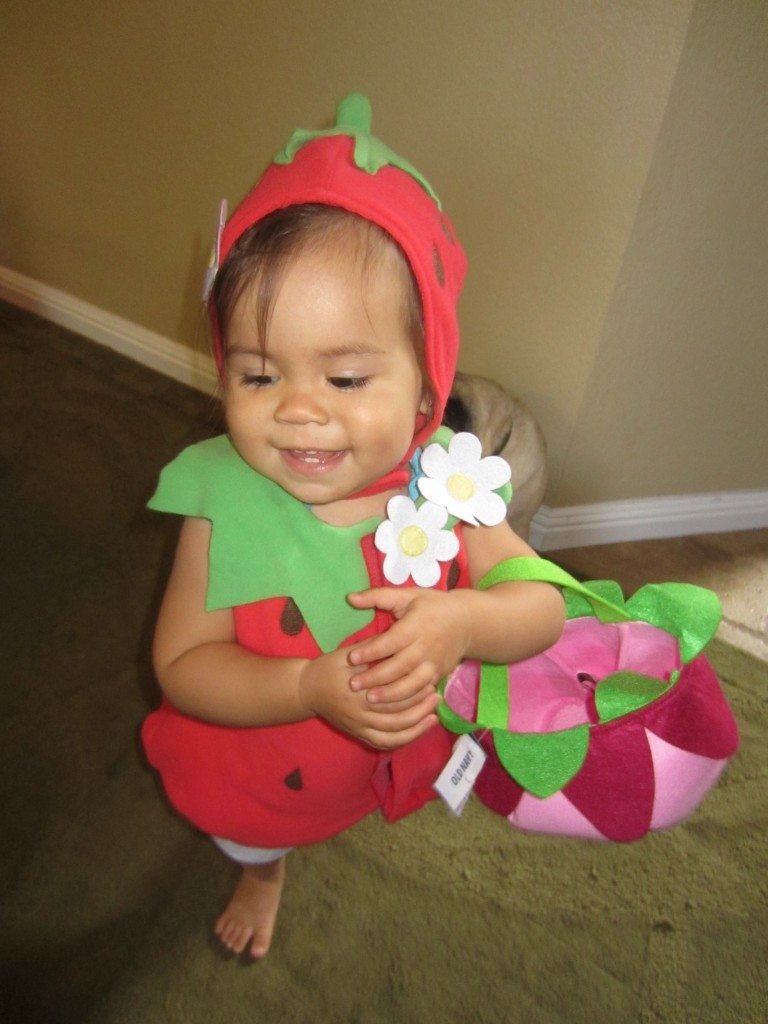 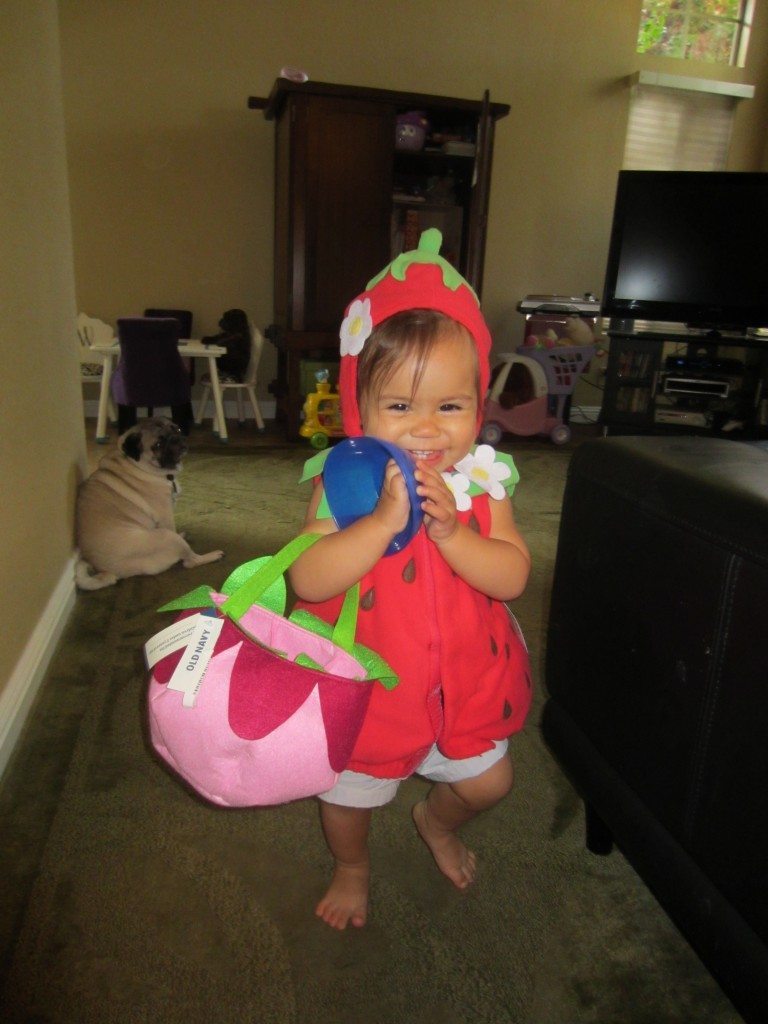 This is an easy Halloween costume makeover. I like to call it my little baby buggy costume.  For a few dollars at the 99 cent store, I purchased plastic bugs

, flies, roaches and spiders and glued them to her costume. Be careful with the glue, as you want to make sure you protect your little ones by making sure they don’t play with or put any of the glued bugs in their little mouths!

I knew she would tug and pull on the bugs so I only attached a small trail on the front and most of the bugs on the back of her costume, her hat, and her trick or treat pail.

I attempted to take “after” pictures, but you know how that goes.  So here are a few after shots without baby. 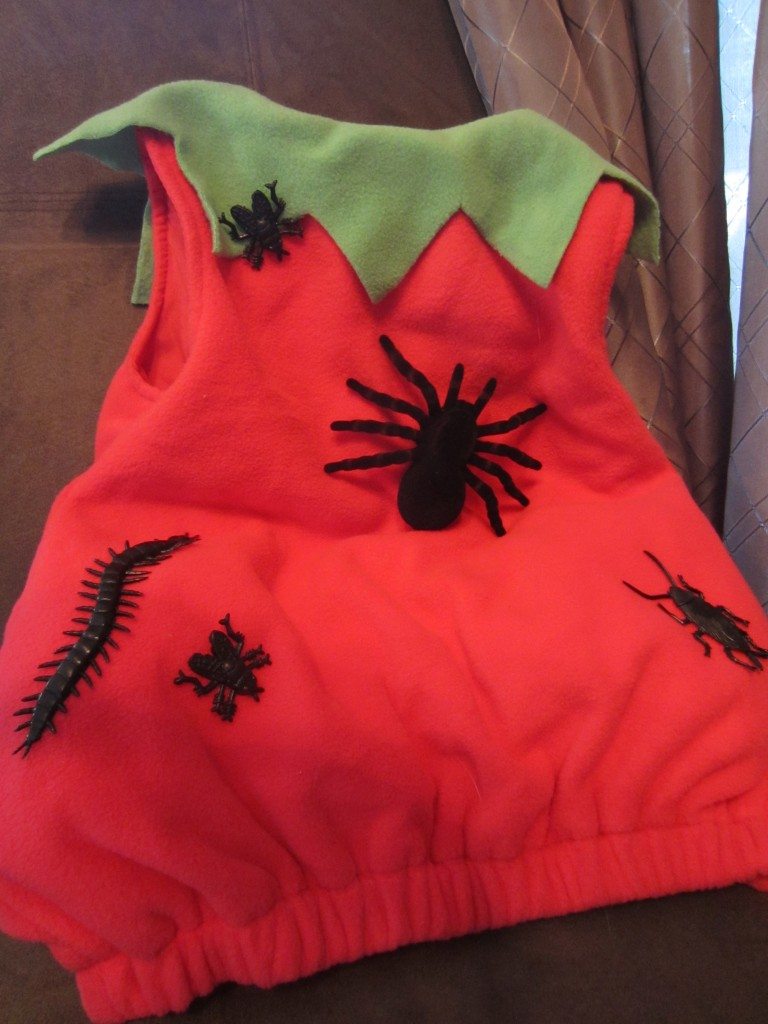 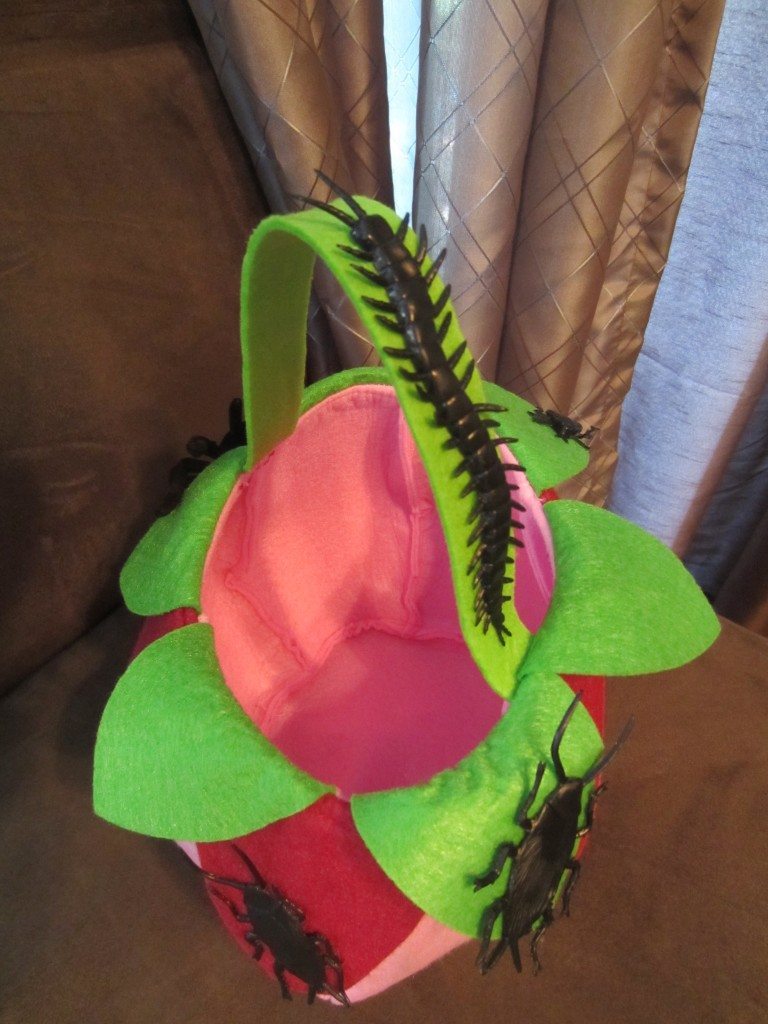 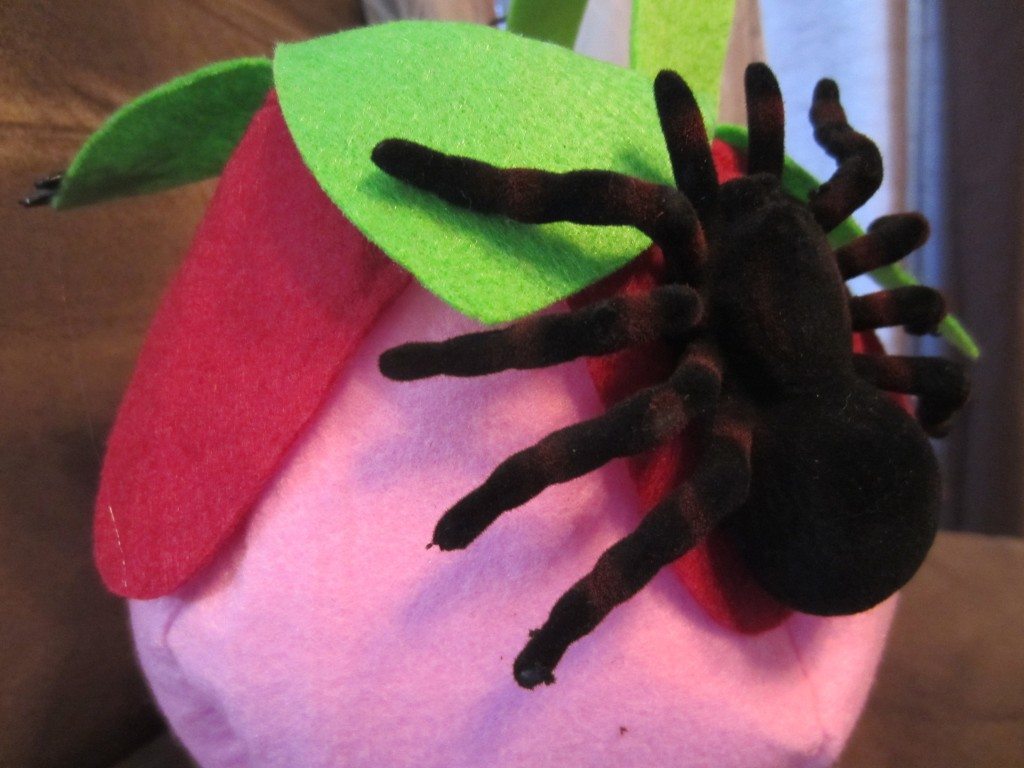 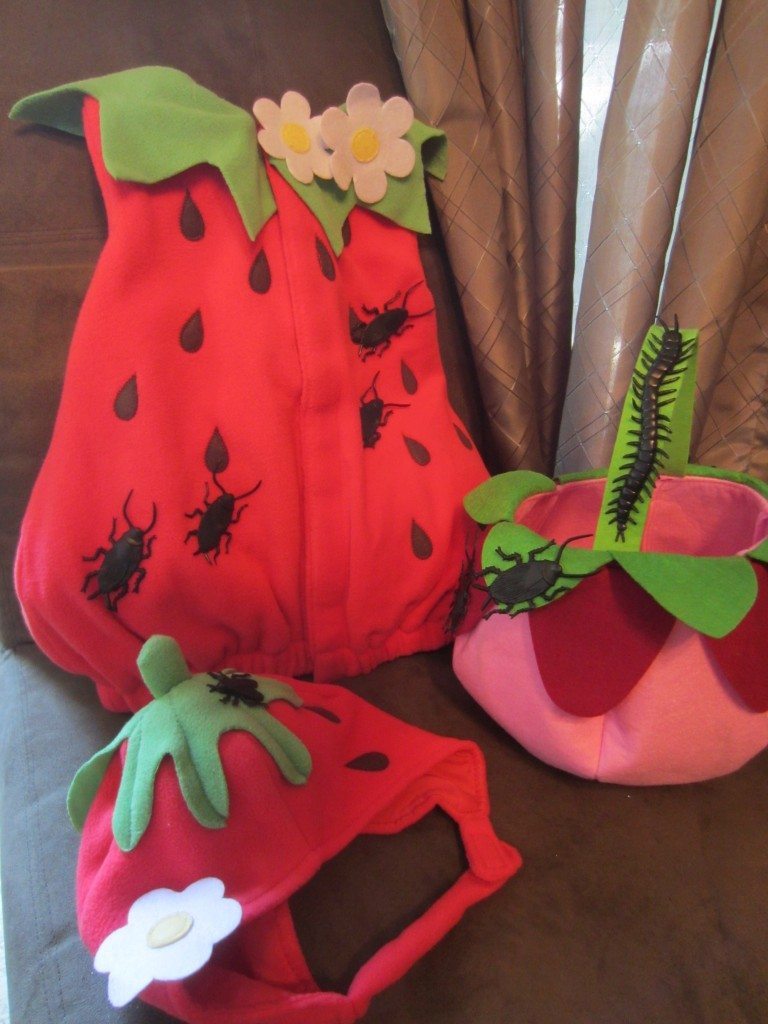 Here are some other ideas to creep out your infant or toddlers costume. Wait… I have to make a disclaimer that I’m really not that sick and twisted… I just love the creative (and gross) part of Halloween!

Who doesn’t love a creepy baby? 😉 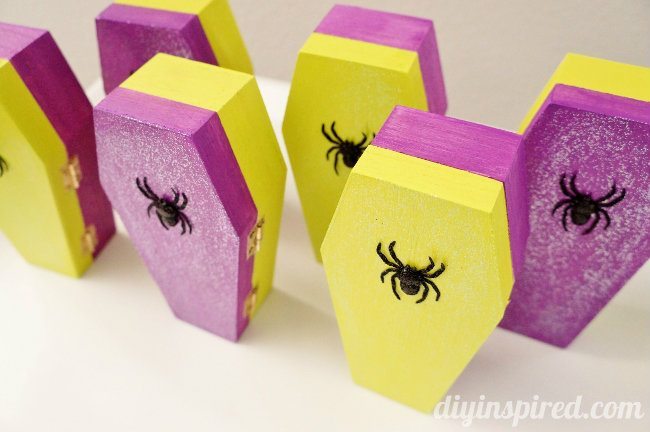 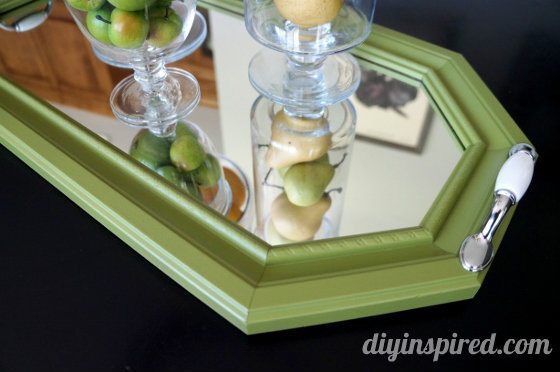 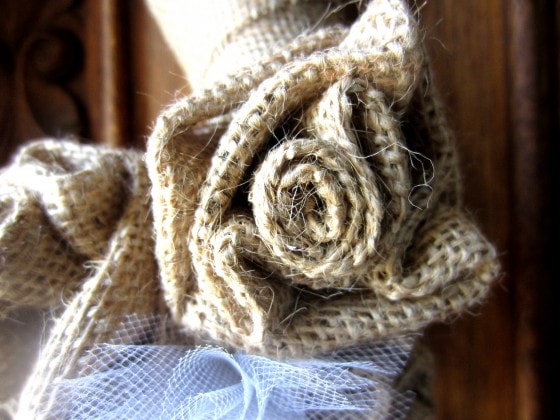 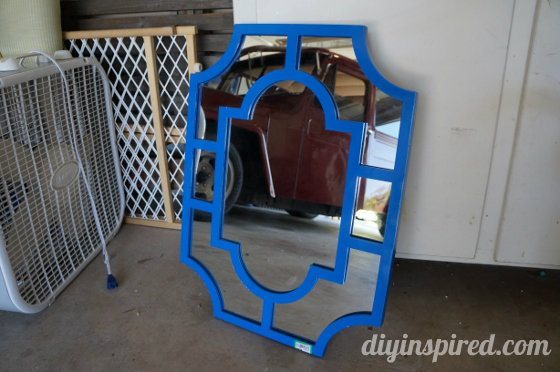 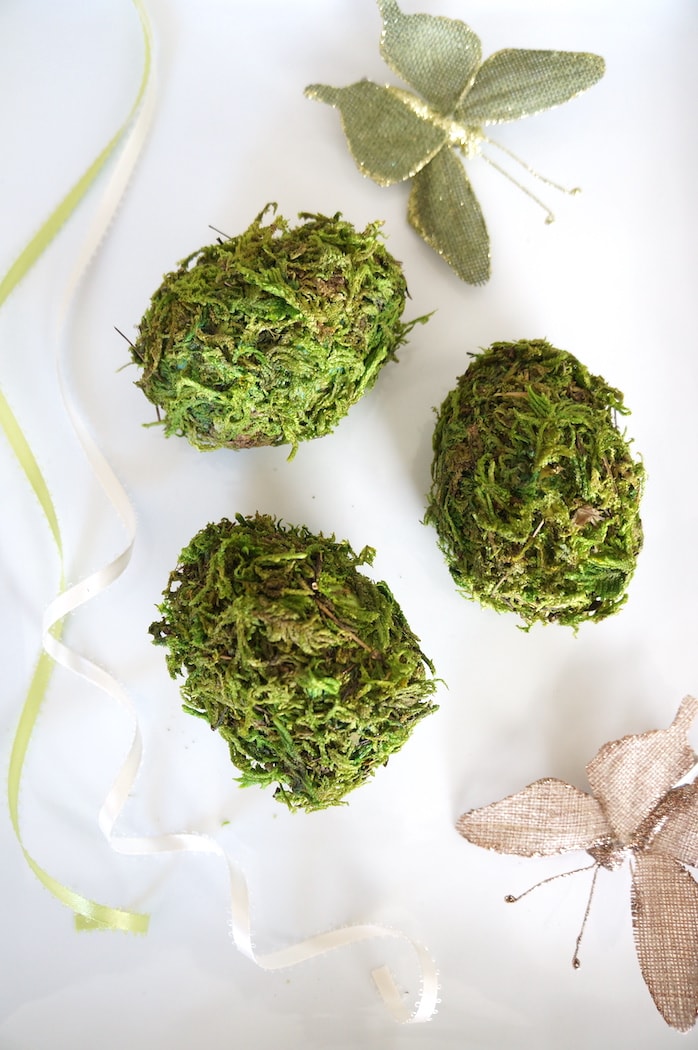 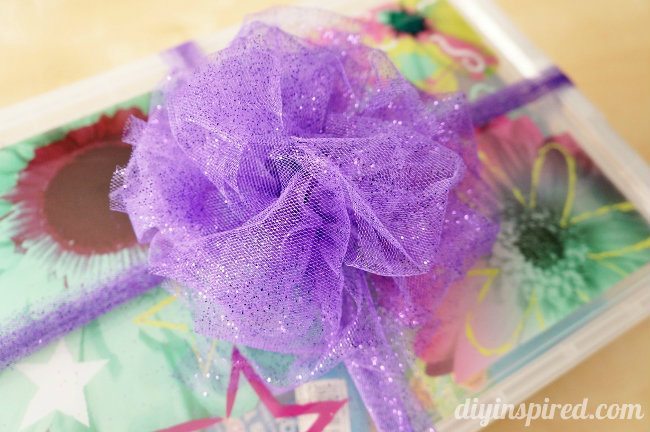