BE FORWARNED!!! This post contains a FAIL! I think I added too much bling to this attempt at my upcycled dining room chandelier.  Let me explain.

Here is the chandelier before… nice… but not our style. 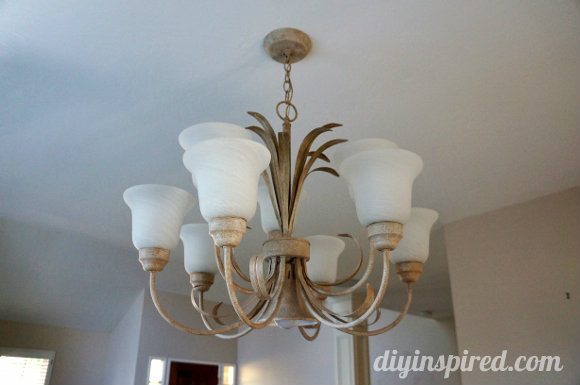 My husband and I took it down and he decided he wanted to try and upcycle it instead of selling it.  He took the whole thing apart because we wanted to get rid of the metal leaves. 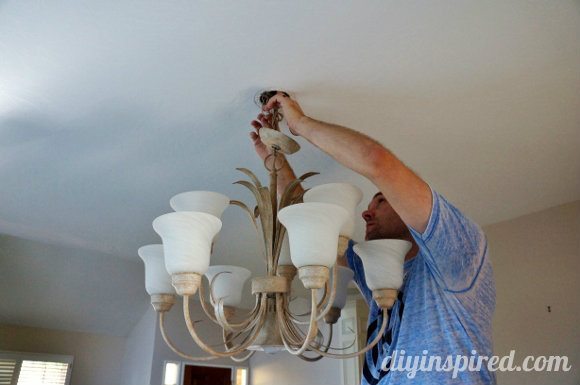 Once they were removed, he took it apart and used a metal file to smooth down the rough areas. 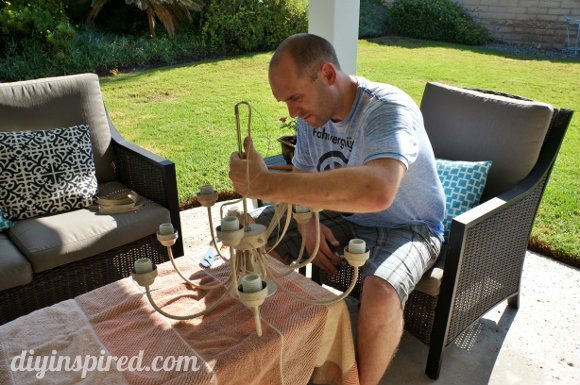 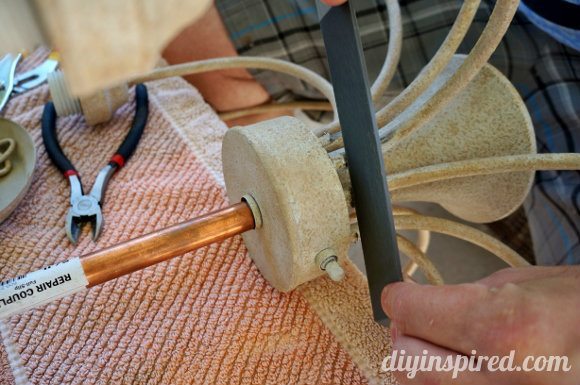 We bought some PVC pipe

to cover part of the light bulb (BAD idea… because the bulbs were too hot for them! Of course I didn’t know that during these photos so let me continue…) 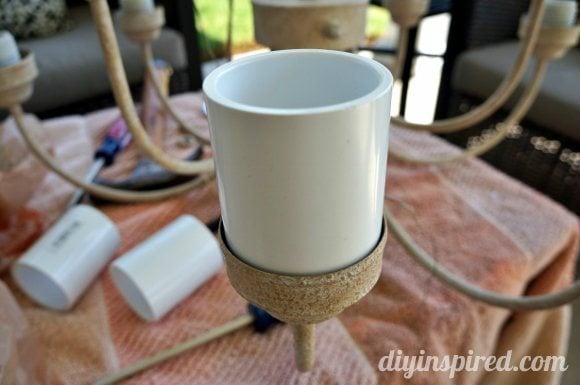 He spray painted it all black. 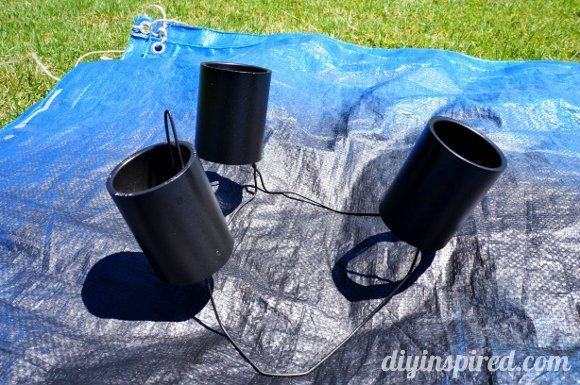 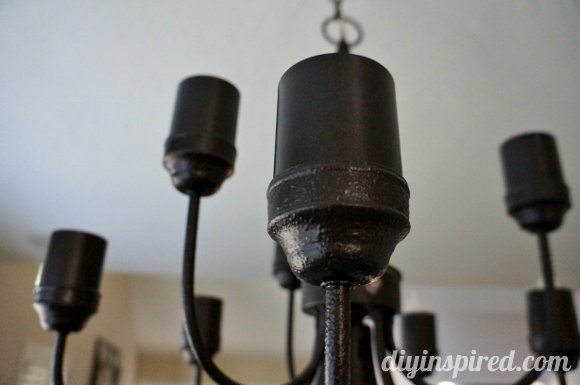 Meanwhile, I decided to turn this light into a sparkly chandelier to match these lighting fixtures we bought. 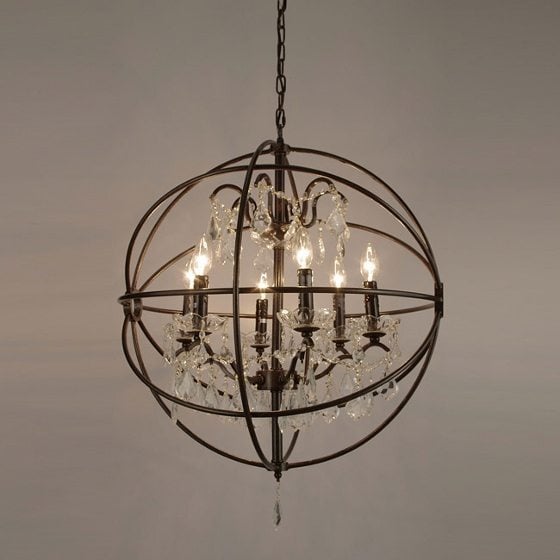 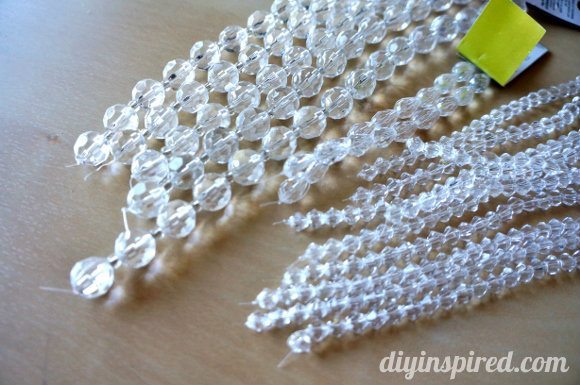 I strung them one by one. Pretty right?? Not so much… you’ll see! 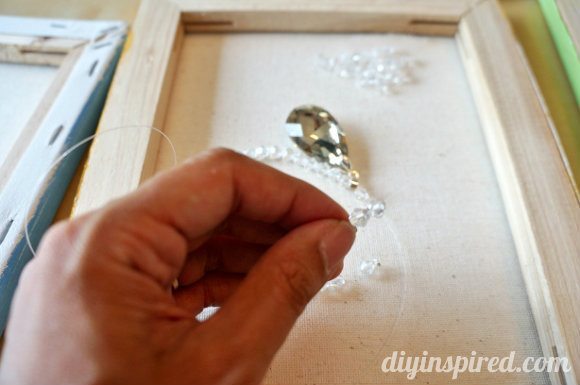 My husband but the light back up after the paint was dry and I was still stringing beads (very tedious). Not bad! 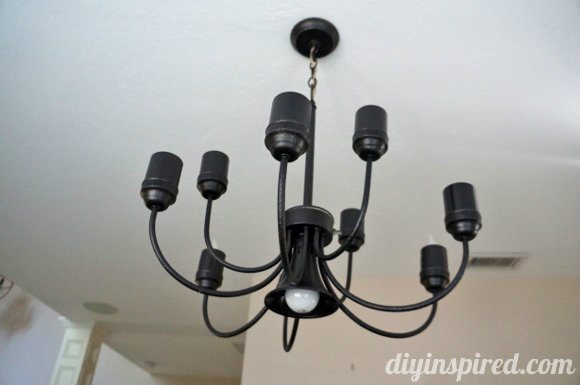 Then I attempted to add them to the chandelier… 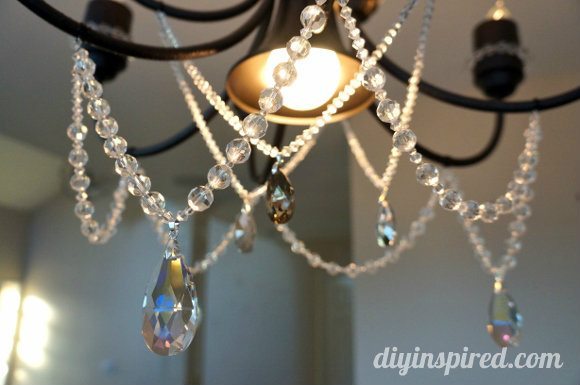 It’s not THAT bad…but it didn’t look quite right.  I think it needed more, but I wasn’t willing to spend more money.

THEN, we discovered that the PVC pipe started deforming… Ooooops!!! SOOOOO we decided that we liked the light without the PVC pipe and the sparkly beads.  What do you think???? FAIL??? Should we take the whole thing down? Maybe try some Edison bulbs 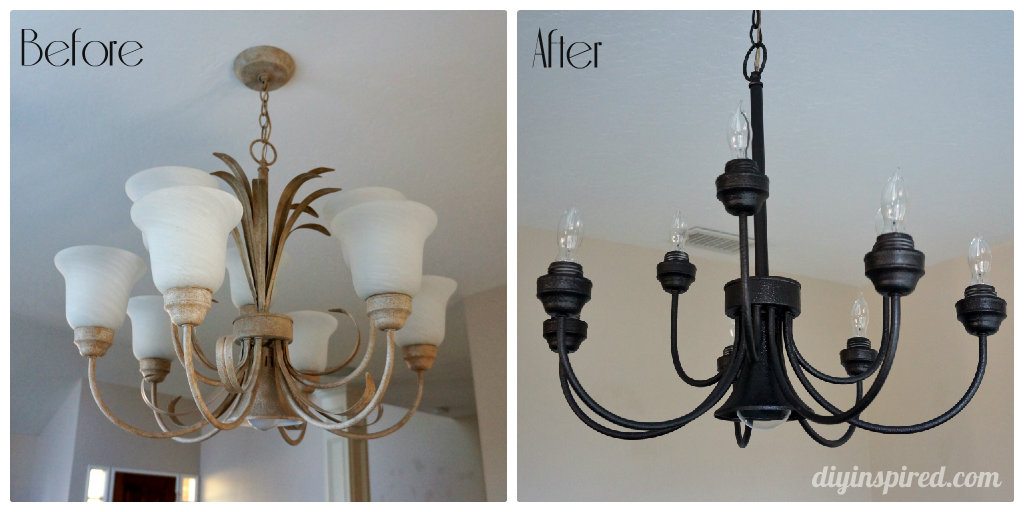 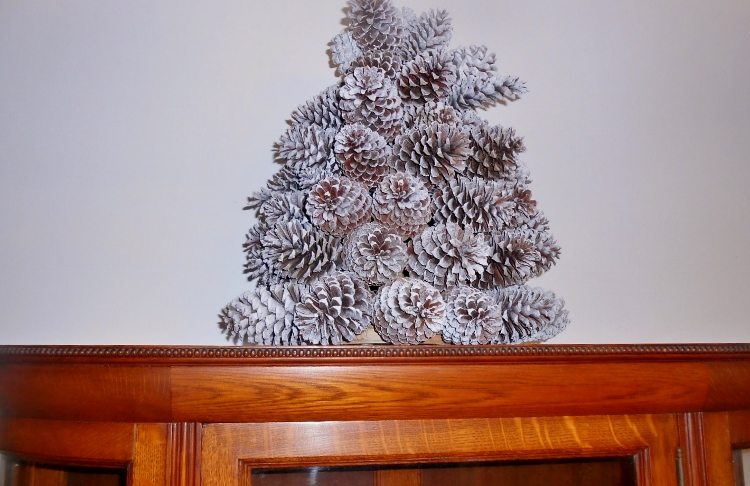 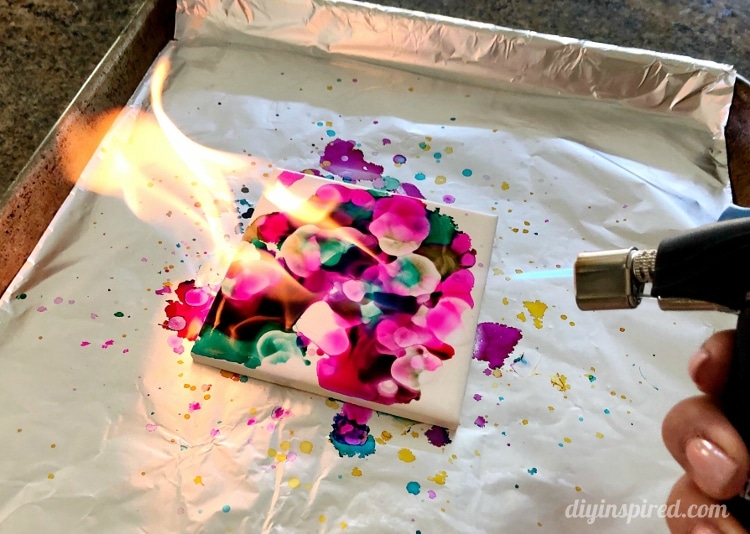 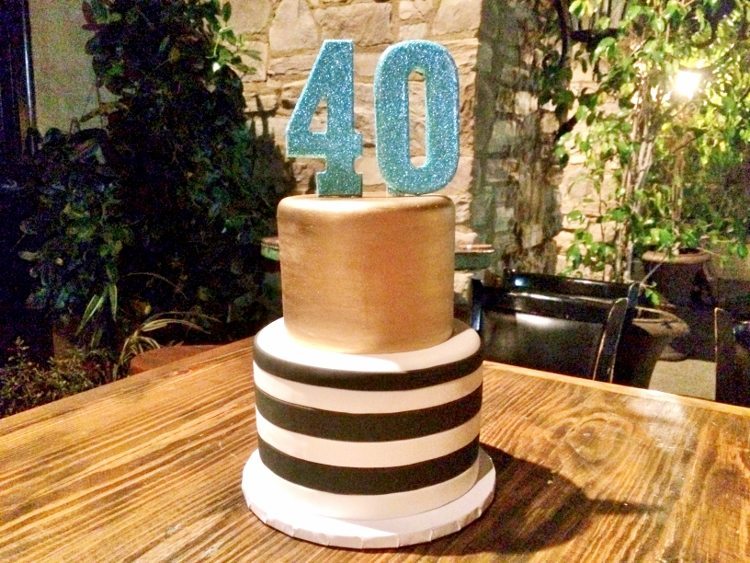 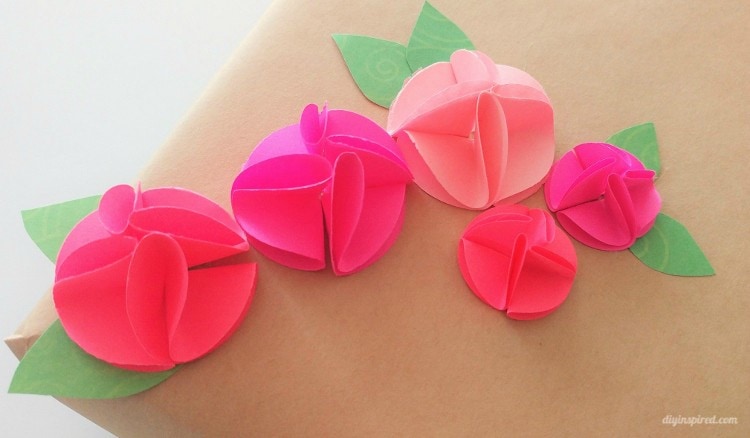 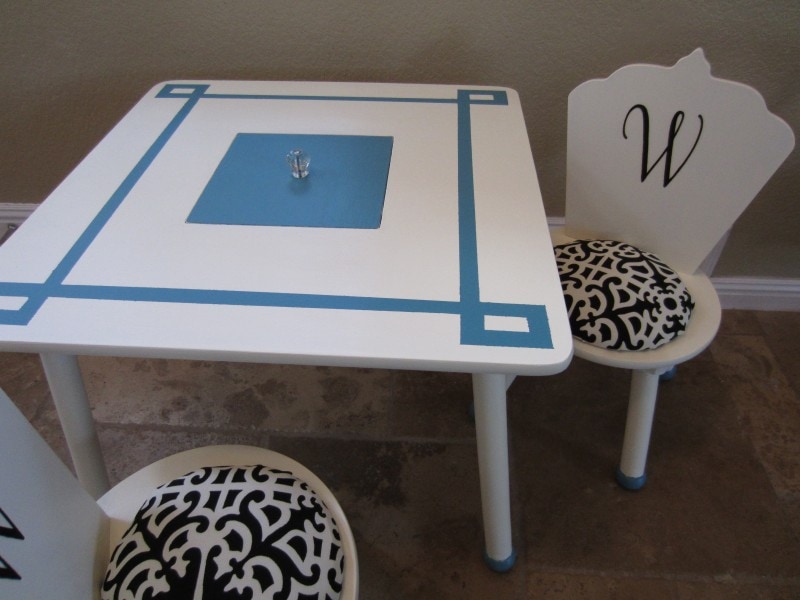