This year, my daughter received the part of Jane Banks in Mary Poppins Jr. the musical with Literacy On Stage for her school play. Of course, after overseeing the set for last several plays, my brother and I volunteered to do the set for this play.

Keep in mind that 1) there is no budget for the set and 2) there are only 1-2 stage hands. It’s all parent volunteer, so needless to say I did my best to spend as little money as possible and made the set changes as simple as possible. To do this, I needed get creative because our director wanted 4 different scenes. My goals were to:

Here is a quick video of the set.

Task: To cover the back of the stage and the two sides where the actors can hide to move on and off stage.

A night time city silhouette was much easier than the Beauty and the Beast scene my brother and I did, which was much more detailed. However, although this was less work, it make a great impact. For the backdrop I bought a roll of dark blue paper on Amazon. Here is my affiliate link. This was perfect because all we had to do was paint the silhouette of the city in one color, black. I happen to have neon card stock to I cut out different shapes to use as windows and glued them to the buildings.

The cheapest and easiest way to change scenes was to build these wooden frames on casters. I made them 4 feet by 6 feet. They were light weight, easy to move, and sturdy enough to get through a couple plays (other schools borrowed it).

Scene: One wall on the nursery with picture frames and a dresser. 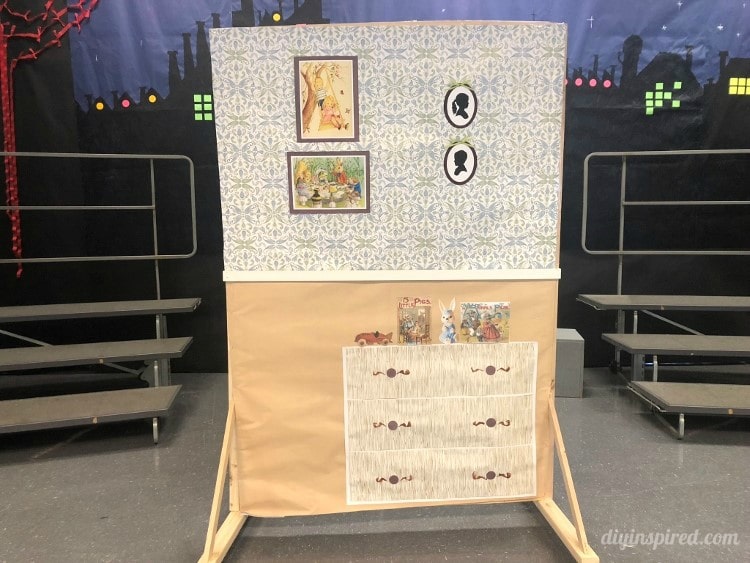 For this scene, I had some left-over molding from the dog house I built. I used this as a chair rail. For the wall paper on top I used cheap contact paper from Home Depot. The dresser drawers were actually pieces of wood grained wrapping paper that I had left over.

Google images was a life saver. I enlarged, printed, and cut out vintage nursery book covers to use as artwork. I did the same for vintage toys and books on top of the dresser as well as a boy and girl silhouette for more artwork.

Scene: Shelves of Candy and Letters 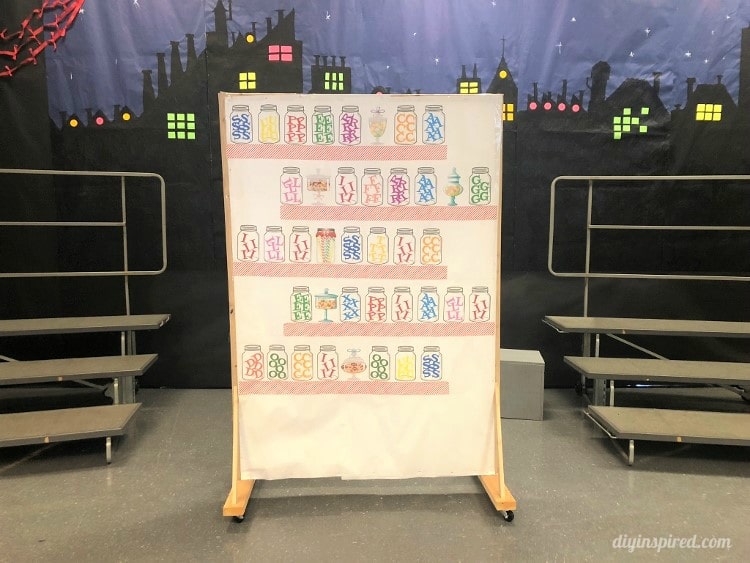 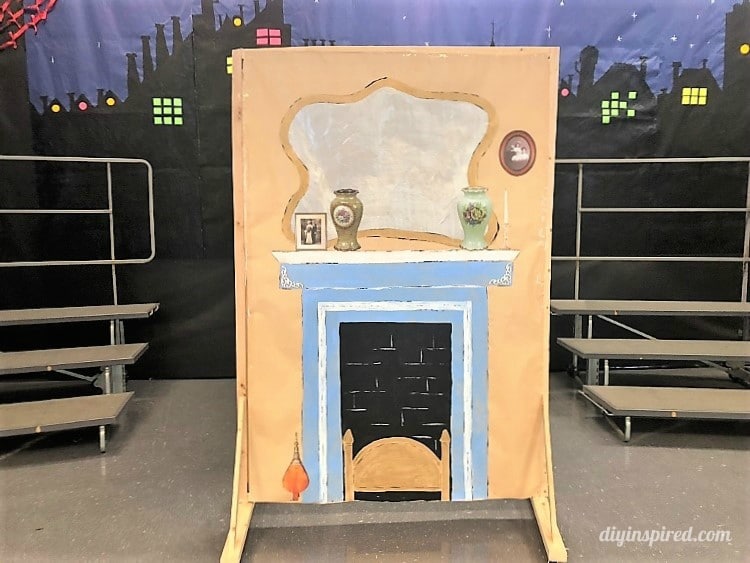 This scene was mostly hand painted by me. I did print and cut out the vases and candlesticks and photo frames for the mantel. 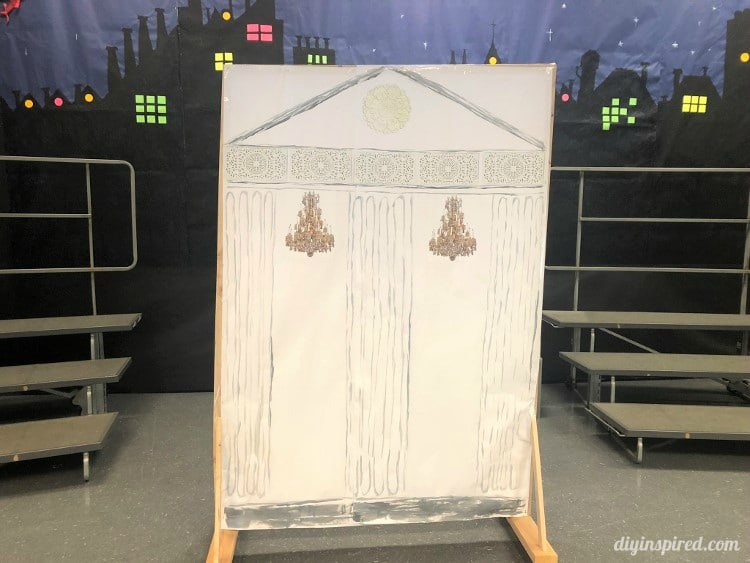 Check out my set for Beauty and the Beast Jr.