The Details of the DIY Dog House I made for GMC

I have been working with GMC for a few years now. They are one of my favorite partnerships I have and was excted to take on this DIY dog house project. In the past few years because of this special relationship, I have:

Most recently, I completed a Mid Century Modern DIY dog house build that GMC needs for an event this month.  I have to say, this is probably the best and most fun DIY project I have ever done.

This project started with an inspiration picture they provided me of another dog house from Pijuan Design Workshop. Don’t want to make this yourself? Check out their beautiful mid-century modern dog houses.

I enlisted my good friend Maily to help me with it for a few reasons: 1) I trust in her creativity and skill, 2) we work well together, and 3) building something like this is just more fun than doing it alone.

Based on our inspiration photo, we measured and started working on the structure. GMC wanted the dog house to be large enough to fit two or three dogs. We chose to go with pine wood because it’s durable and ideal for an outdoor dog house.

We chose pine 2 X 4’s and pine plywood as well. Based on our inspiration house, we figured out the measurements and basic structure of the house. Once the structure was built we added the frame of the roof. 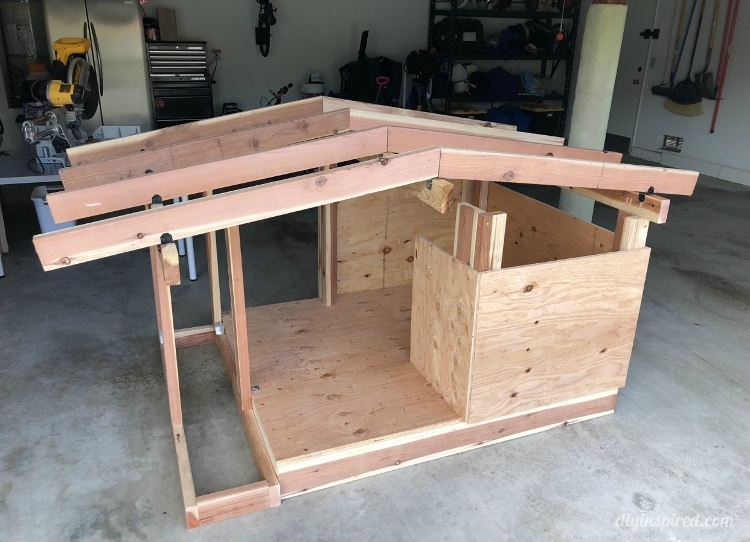 We ended up going with an eight-degree angle cut to follow the mid-century modern design. I decided to stain the wood a dark ebony and paint the walls white for a clean modern look. 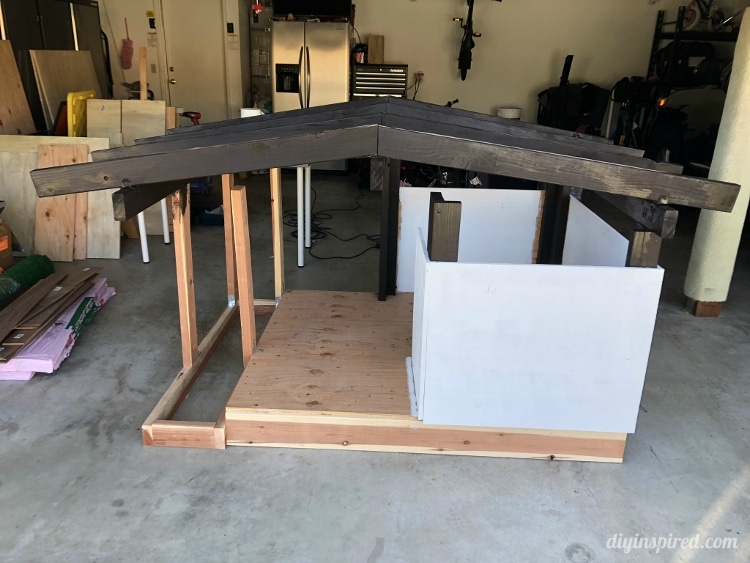 Cutting and laying artificial grass for the inside was a little challenging because my knife didn’t cut well.  I ended up using a pair of titanium scissors. First, I measured the entire floor hoping to use one seamless piece. Then I cut the corners as I went. I ended up having to cut a second piece because it was off about two inches after cutting. Since I was short only 2 inches, I moved the seam to the center of the dog house instead.

When I talked to a guy at Home Depot he suggested I use industrial double-sided tape to lay the floors.  You can find this in the paint section. I tried this, and it didn’t work. So, I went back and decided on liquid glue which worked very well.

Nailing in the Trim

Next, we chose to use high end walnut wood boards that were treated for the outside. 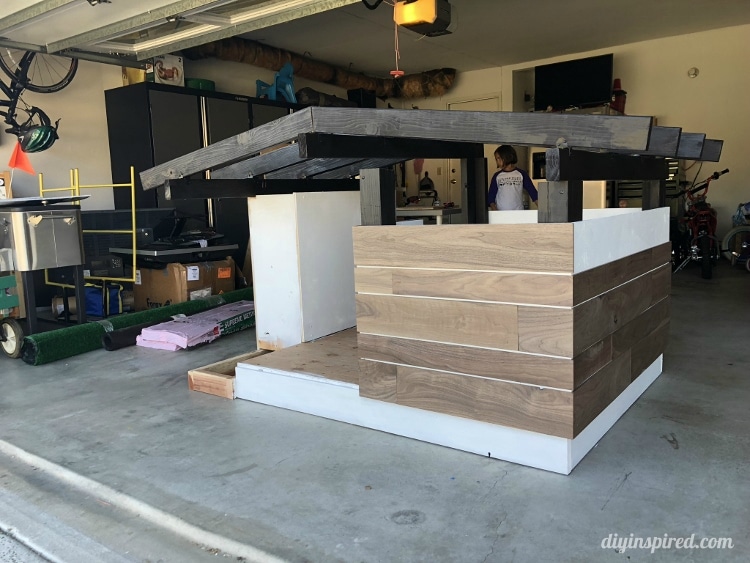 We used a nail gun for the studs and then had to hammer in nail brads for the rest because of the thickness of the plywood walls.

I wanted to add an artificial succulent garden, so we built a planter box on the side. 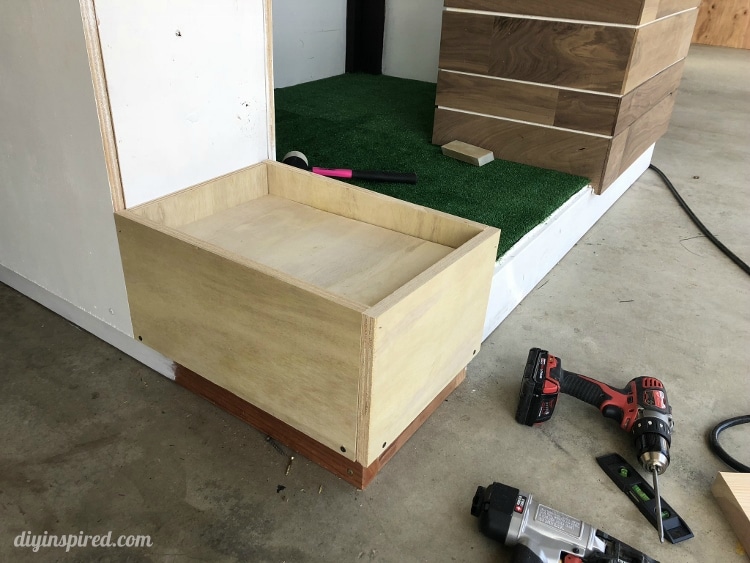 Next, I painted it to match the house and stained the inside of it to look like dirt. Lastly, I covered it in moss, and glued in artificial succulents I purchased from Amazon.

To give that side of the house a finished look, we added white molding for the trim. Maily also made a little bench for the inside and I coated it with polyurethane.

Our last thing was to add the roof. I painted the inside (ceiling) white before we put the roof on and measured and had thick exterior grade plywood cut at Home Depot. I believe it was cedar. This was also splurged on this because I figured that the roof would hold the entire structure together. Layering the top with roofing paper, I then used shingled light brown tiles for the roof. White trim along the roof pulled the whole look together. 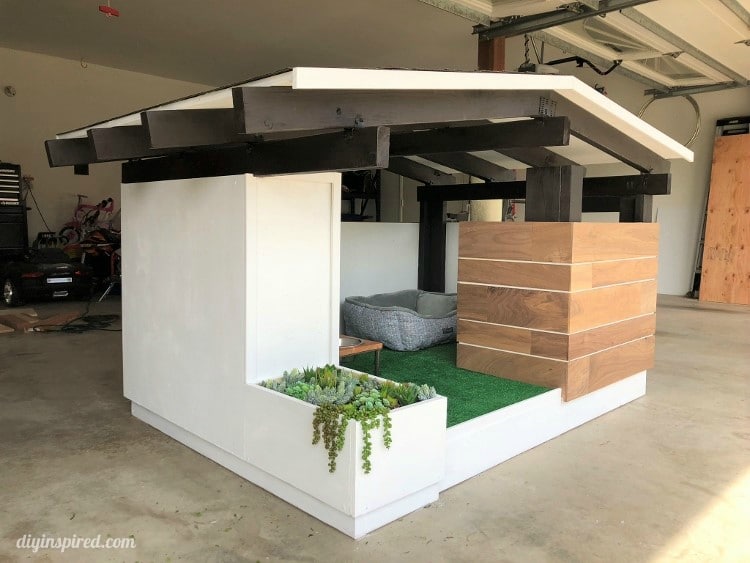 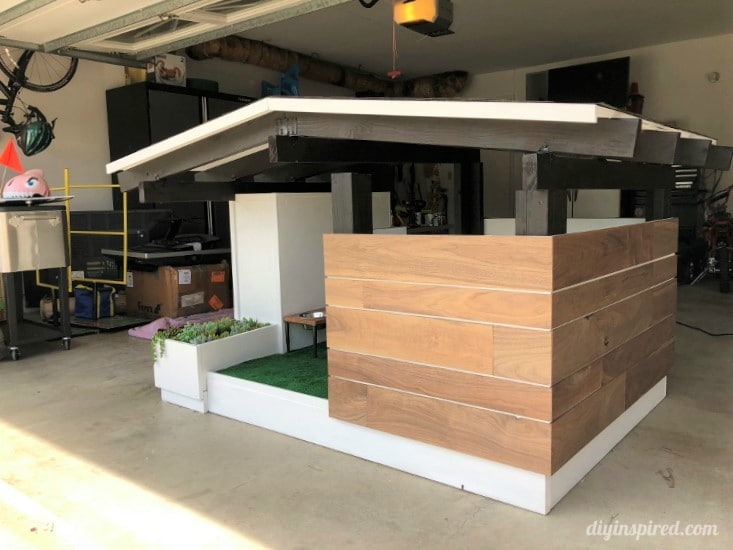 For final touches, I went through and re-stained some parts and touched up the white paint throughout the entire dog house.

This DIY dog house project is probably my most favorite of all time. 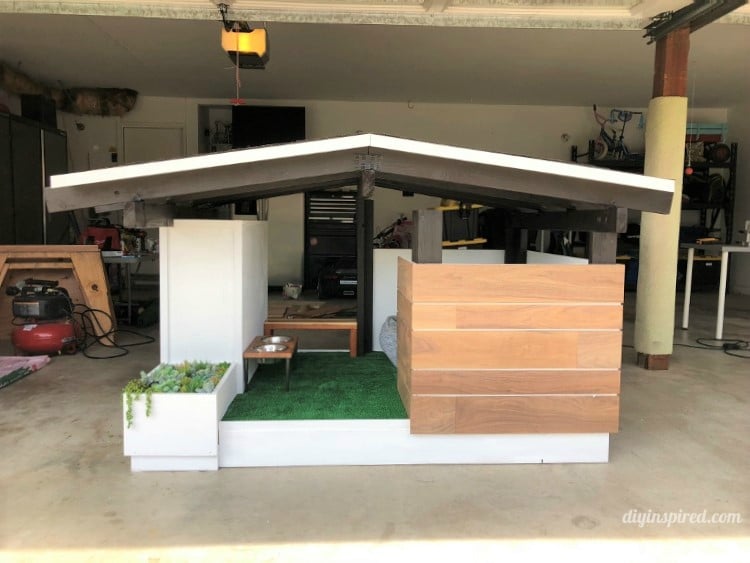 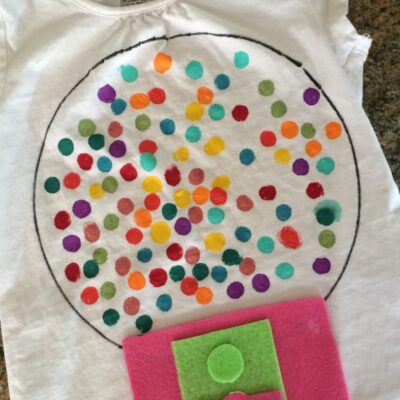 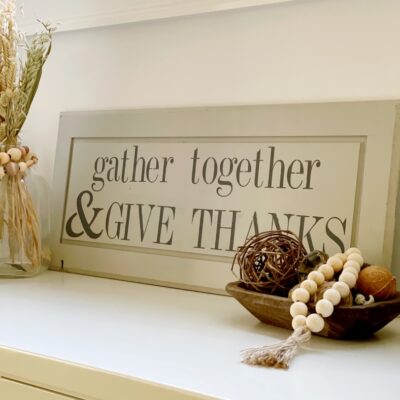