My daughter was in her first school play this year and she was casted as Pig #1 in Shrek Junior, the musical.  I volunteered to make these cute little Three Little Pigs DIY Costumes for our trio. You can of course use this tutorial for Halloween costumes. Each parent of the three pigs were responsible for:

I made the ears, tail, and bundles. I also added some Amazon Affiliate link in the materials list for recommended products and tools that I used. Here is how I made them. 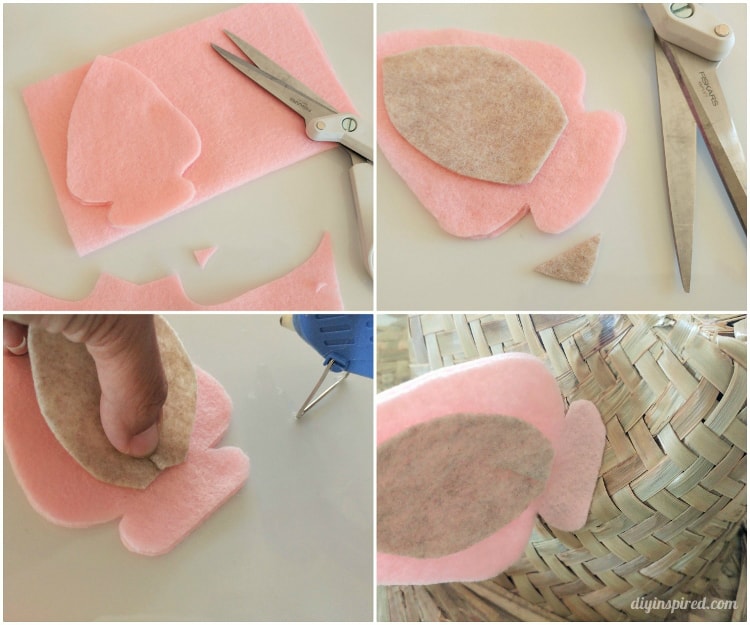 Cut two spade shapes for each ear (twelve total) as shown. These ears were about three inches tall.  I cut out one and then used it as a template for the rest. Glue two ears together but leave the bottom tab unglued. Next I cut three tan piece of felt for the inside of the ears. I folded over the bottom a tad and then glued them to one side (the inside) of the pink ear. Open up the two tabs at the bottom of the ear and glue it to the hat. 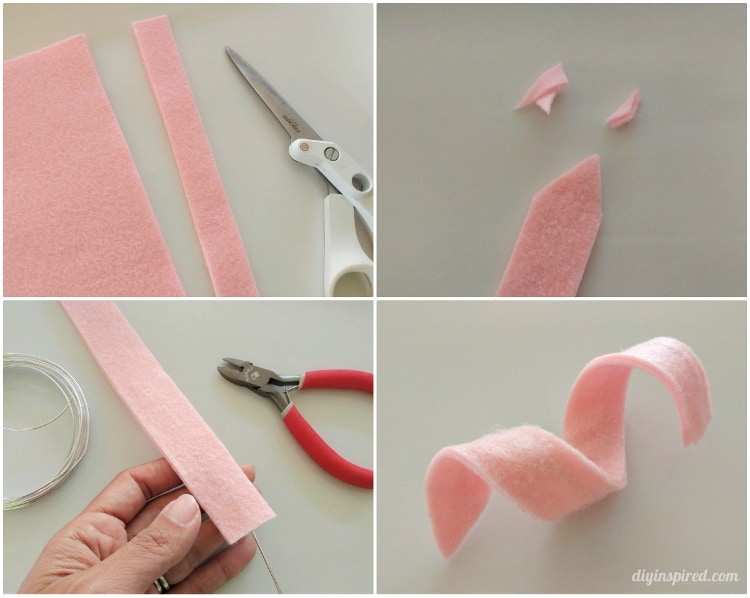 Cut two 9” X 1” strips of pink felt. Lay the two pieces together and cut one end to a point. Using hot glue, glue the two sides and point of the felt together, leaving an opening at the non-pointed end. Slide the wire through the felt and cut. Twist the tail into a curly cue. Pin the tail to the overalls.

Cover three empty macaroni and cheese boxes (or similar shape and size boxes) with red or brown paper.  I found brick pattern scrapbook paper, but regular read construction paper works great too. Glue the bricks together with a hot glue gun. Be sure to stagger them as shown. Wrap and tie some rope around the brick bundle, securing it with hot glue. 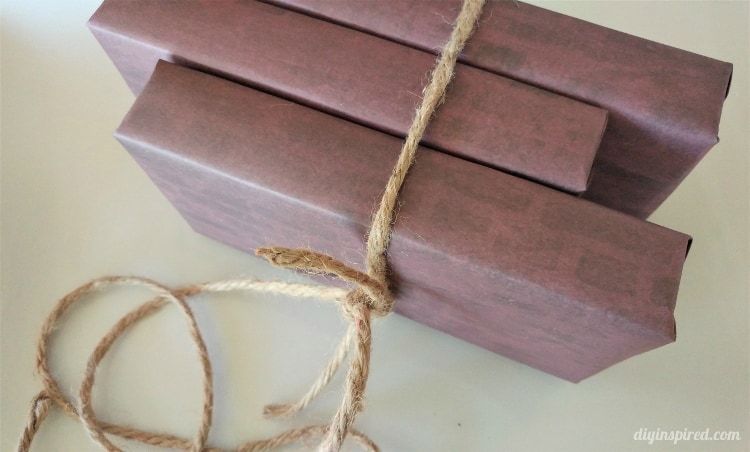 I collected sticks from the back yard. I broke them into similar lengths and then hot glued them together. Tie a rope around the sticks and secure it with hot glue. 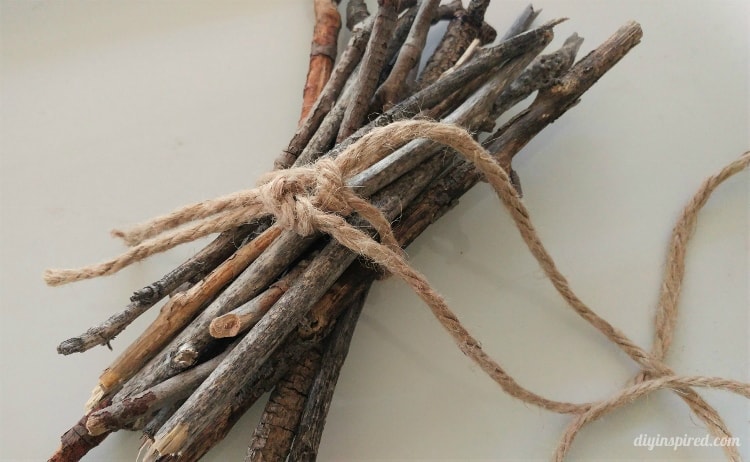 I went for cheap with this one! You can buy small hay bales that would work, however I found this artificial hay on the clearance section at Hobby Lobby for a few dollars. I trimmed off what I didn’t need and then folded it in half.  I secured it with rope and hot glue. 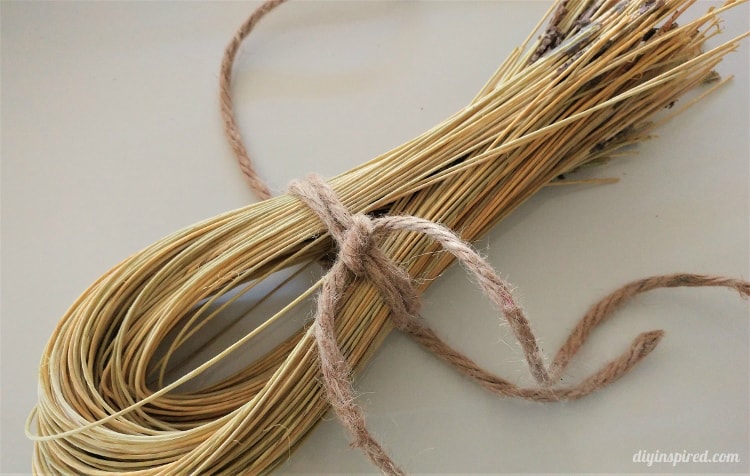 Here are some pictures of each costume. For the construction had a made and printed a little Three Pigs Construction Company logo.

My daughter modeled them for you. She didn’t have her work boots at the time of the photos… I hope you like them! 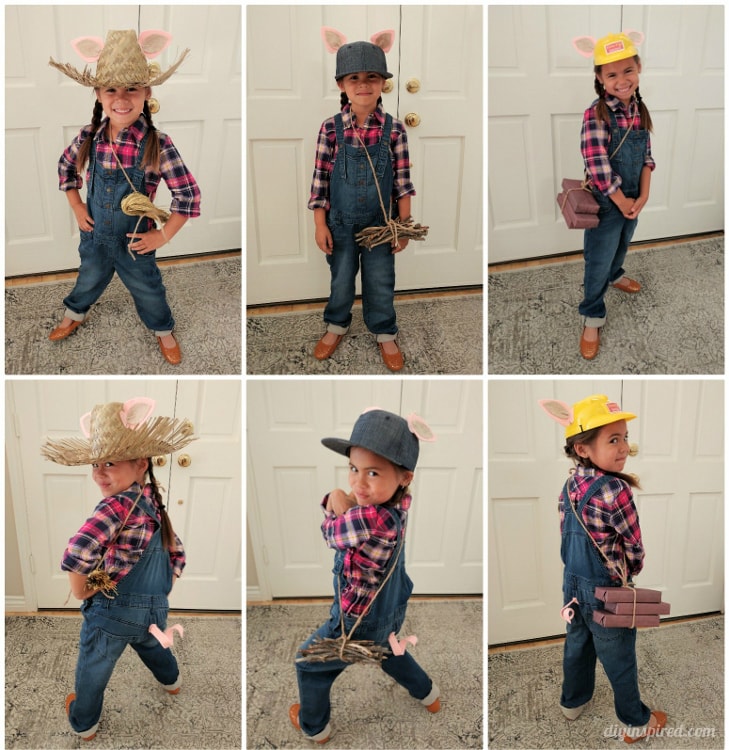 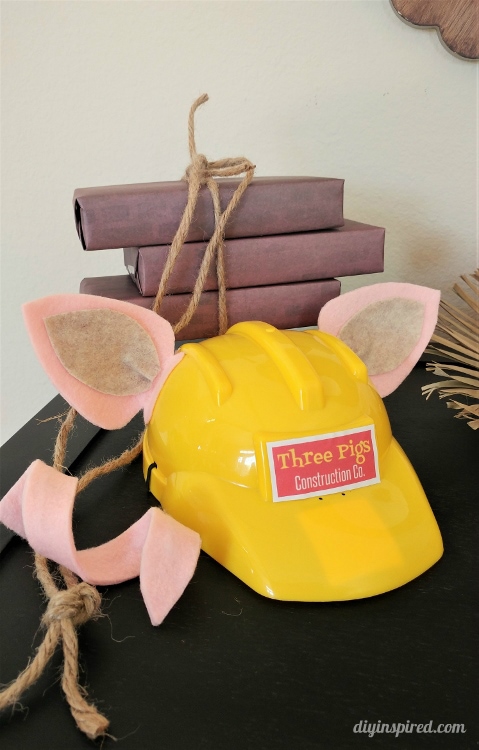 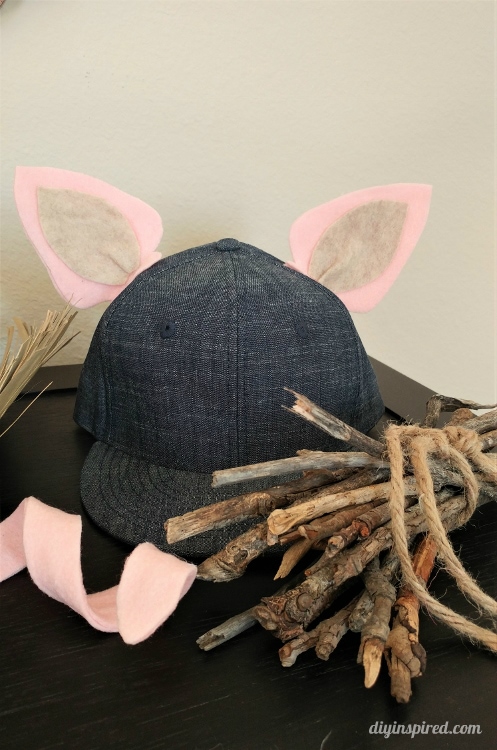 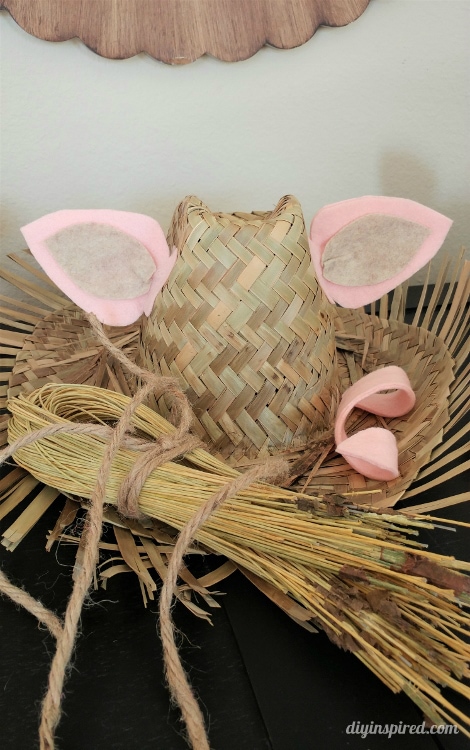 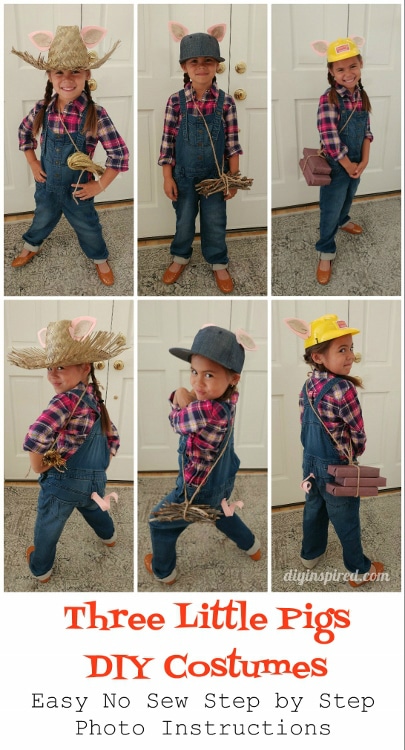 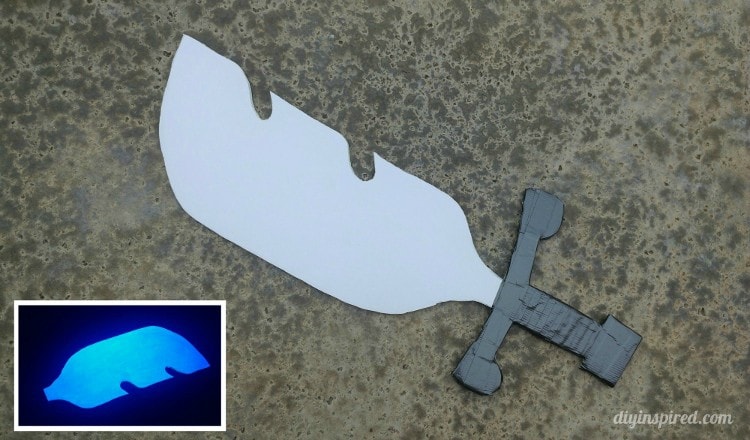 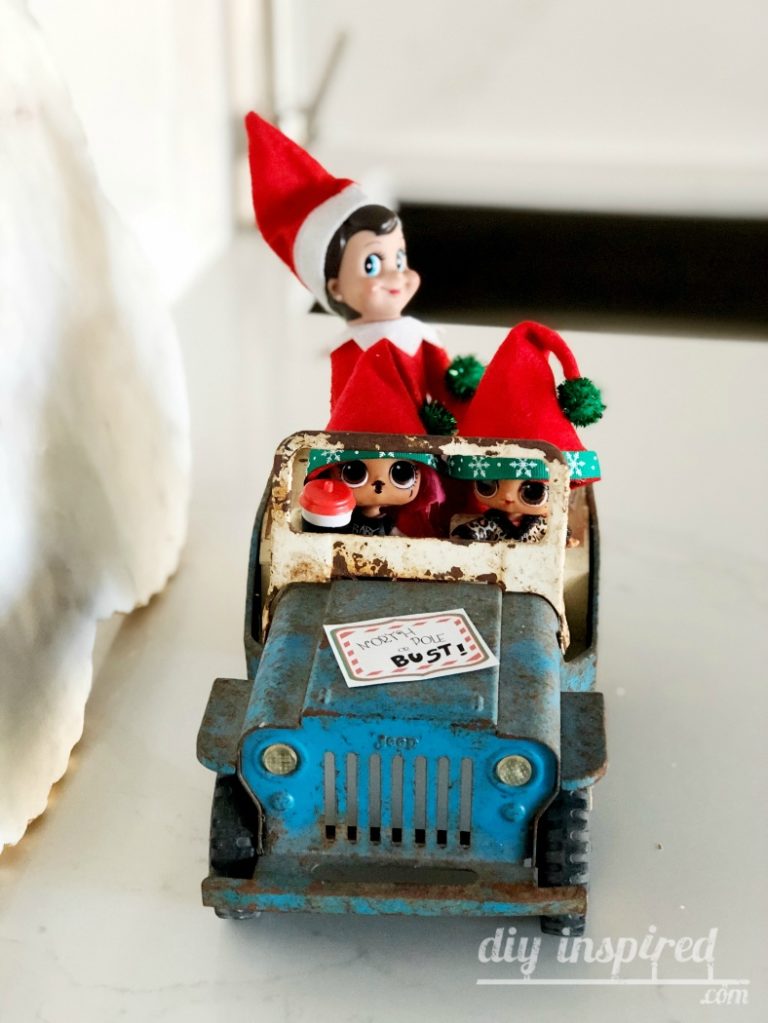 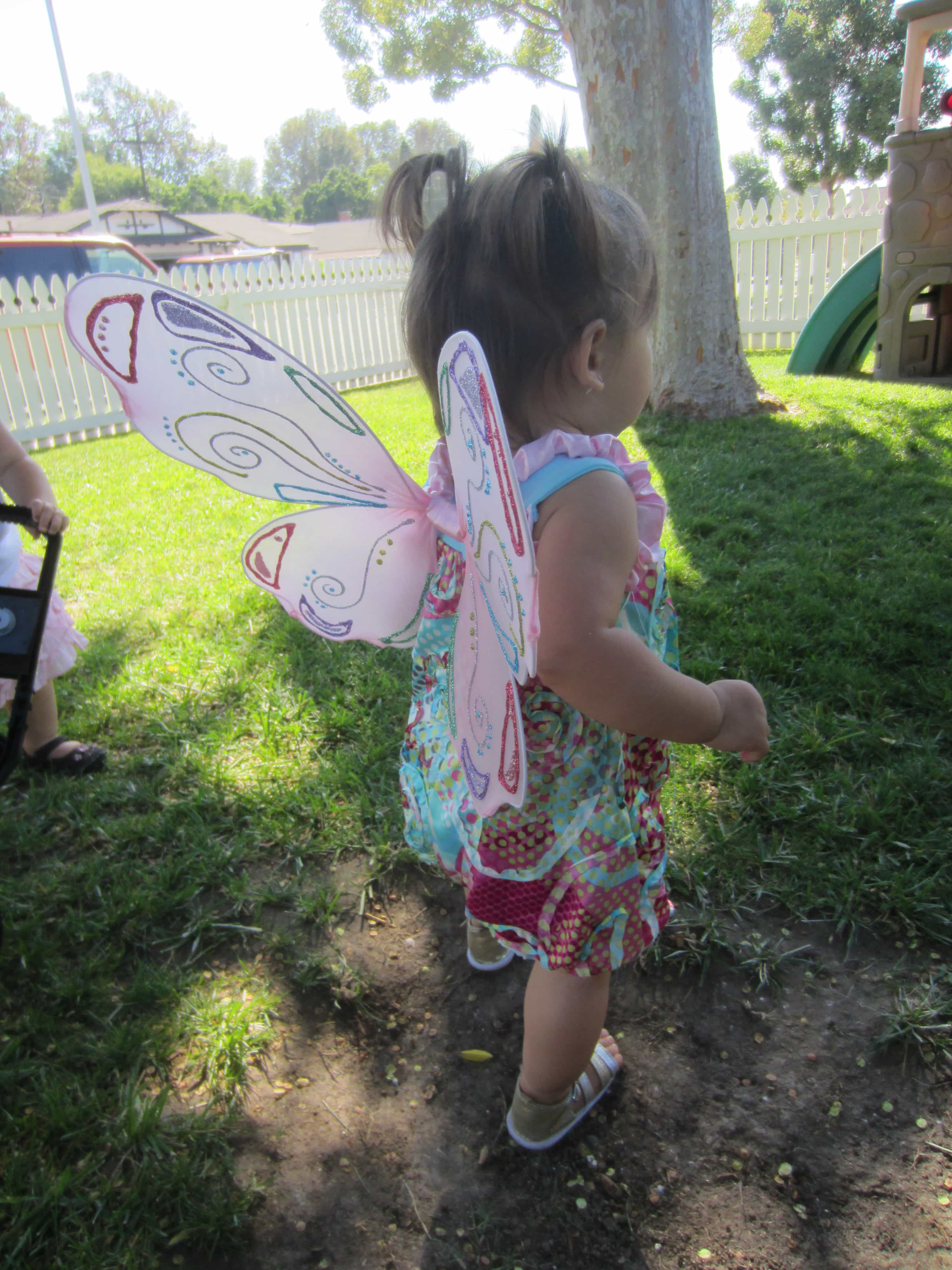 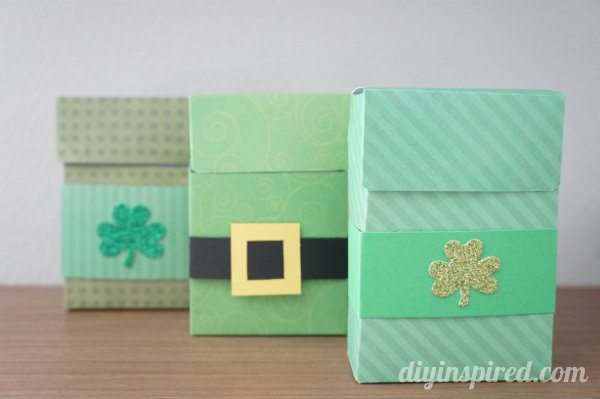 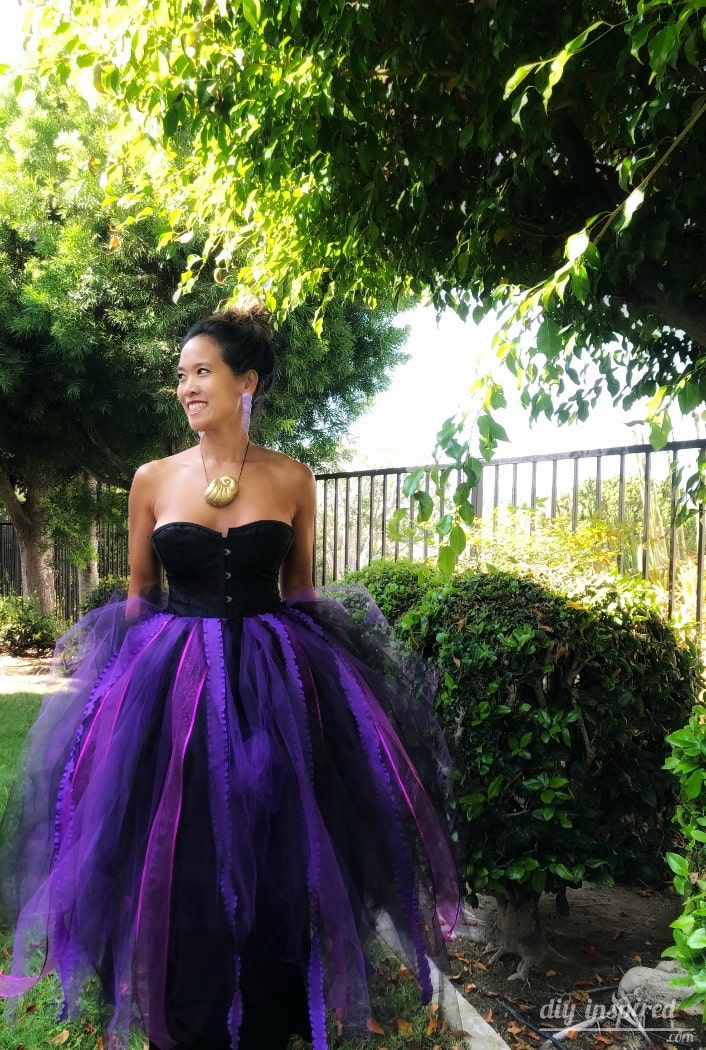 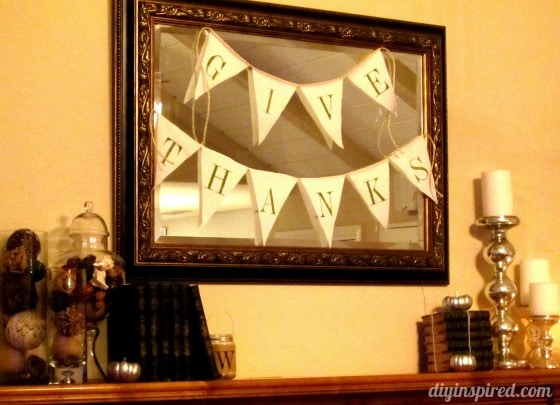