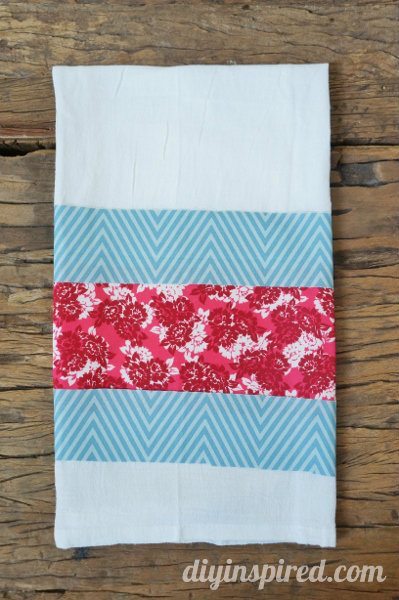 I have become obsessed with making festive holiday themed kitchen towels! Recently, I made a Valentine’s Day kitchen towel, a St. Patrick’s Day kitchen towel, and an Easter Kitchen Towel so I thought I’d keep it up and make a No Sew Patriotic Kitchen Towel too! I went back to Jo-Ann Fabrics to see if I could find some patterns I like to make my own.  I made it similar to the Easter towel because the permanent fabric tape worked better than the fusible web. Here is how I made it.

I found two red and blue patterns that I really liked and thought looked nice together for the fourth.  I wanted some different shades of blue and red rather than the traditional bold red and blue. The fabric quarters were again great for this project. 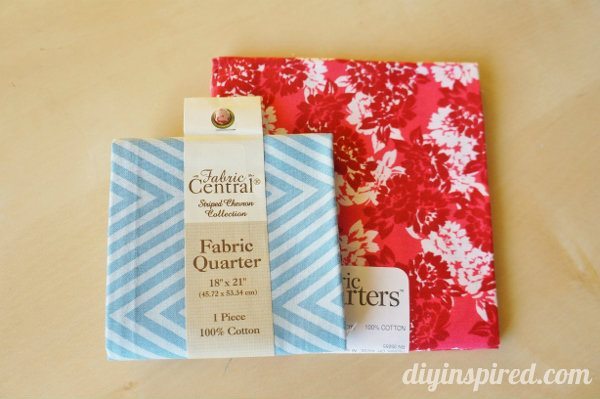 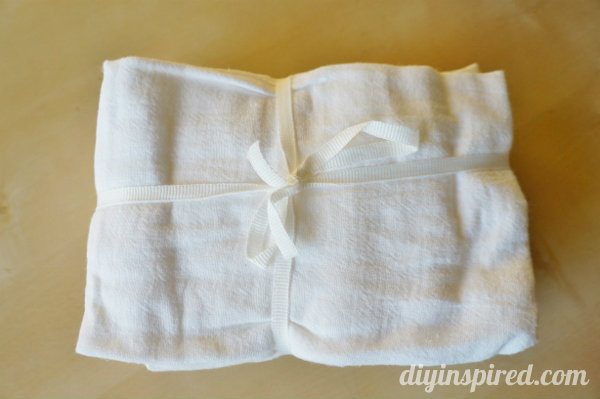 I cut out my fabric in strips.  I ironed them to make it easier to align them on my towel and I used some spray starch as well. 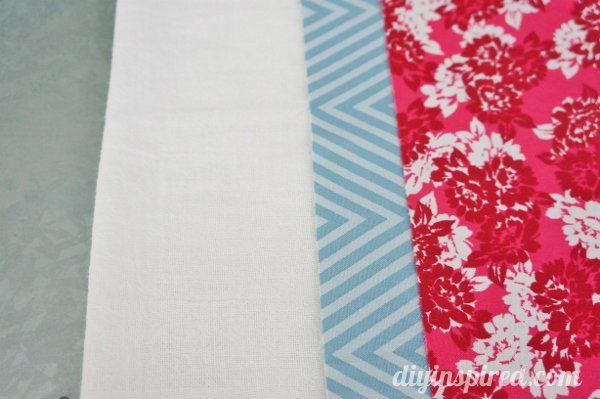 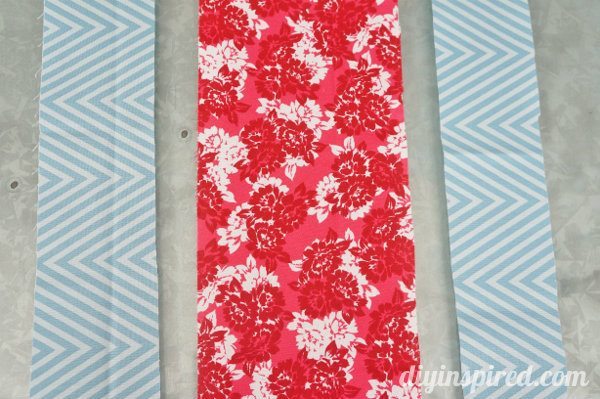 Next I cut the permanent fabric tape and aligned it onto the towel.  It was a little tasking to remove the peel off sticker, but it all worked out. I found this way to be much easier than using the fusible web.  It seems to stick better too and is also much quicker! Here’s the AFTER!  This would make a great hostess gift.

You can make them in so many different patterns and colors to fit any style or holiday. 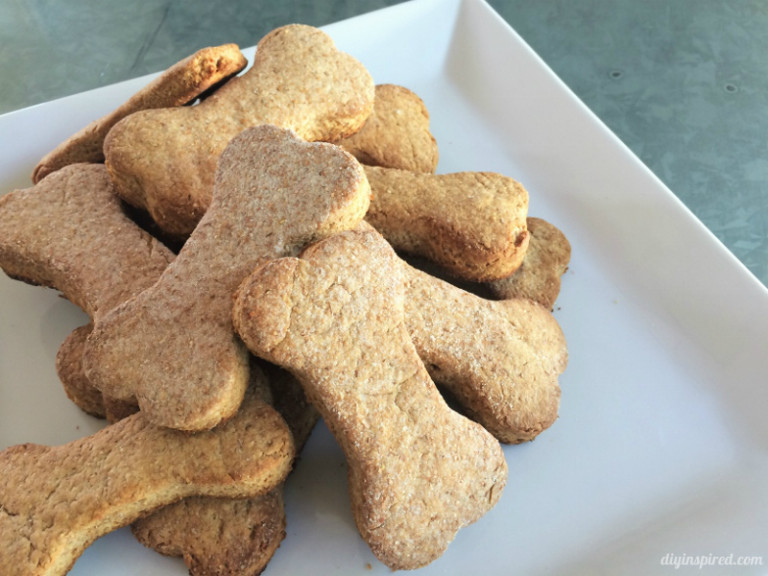 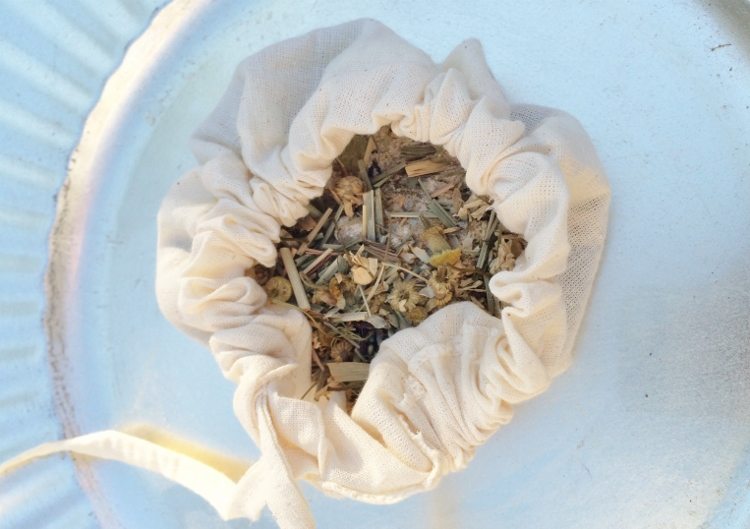 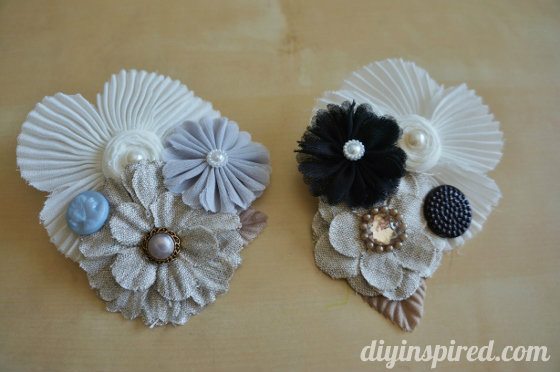 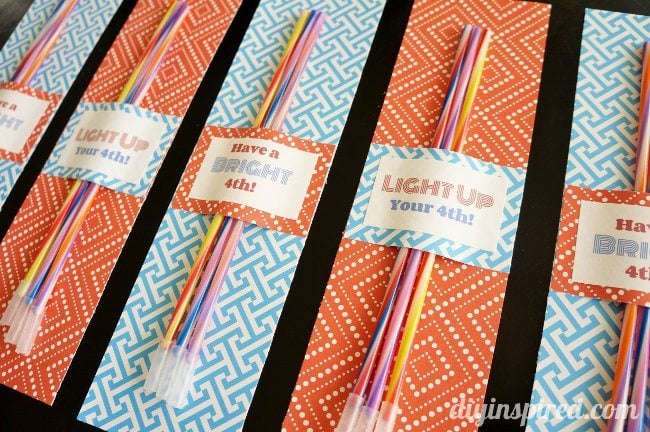 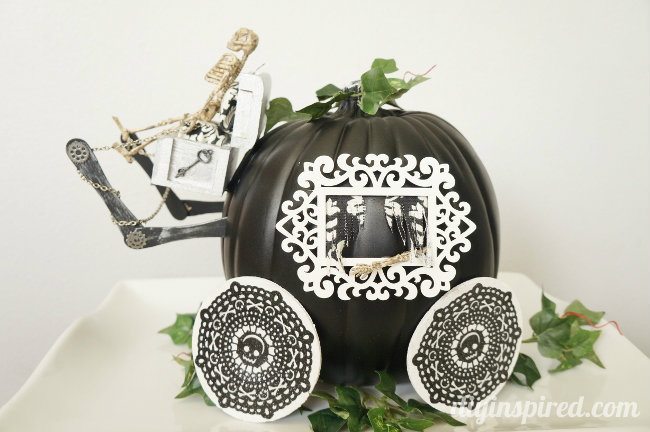 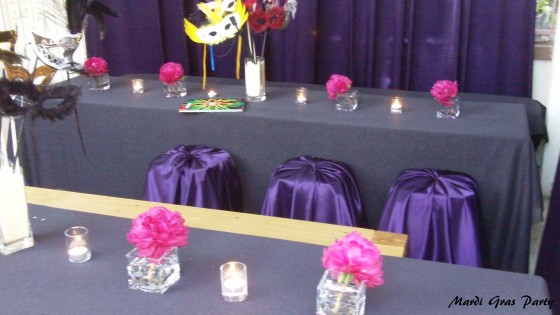