Let me preface this by saying some of my friends think I’m nuts. Ha! This one may seem like I have a lot of time on my hands, but honestly it took me less than 15 minutes to do. It would have been less time if I didn’t have to wait for my glue gun to heat up. The other day Mia asked me why Josie didn’t have shoes… instant idea. So, one night after Mia went to sleep, Josie took it upon herself to make these no sew DIY Elf on the Shelf shoes.

I… I mean Josie… used what I already had, which worked out, but I thought they’d also be cute in green. Here’s what I… I mean Josie used.

The first thing I did was cut two strips of black felt and folded them in half into rectangles. I free hand cut the boots. I’m not going to lie; it took a couple tries… but no huge loss for a .49 cent piece of felt that had been sitting in my craft room for months. 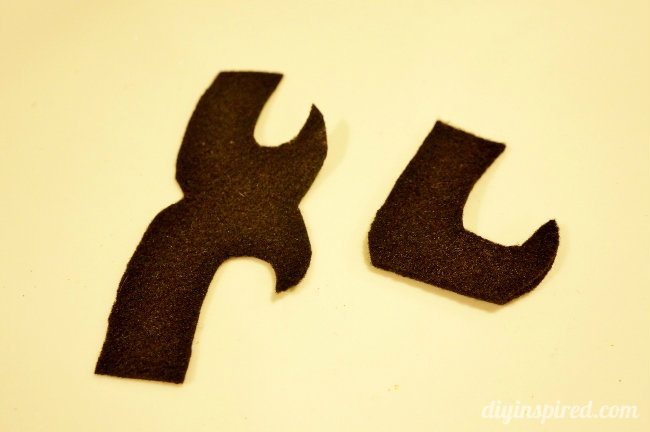 I hot glued the shoes together, stuffing the feet with left over felt scraps (not sure why Elves don’t have feet). I glued it around the handle of a foam paint brush. It was the PERFECT size. 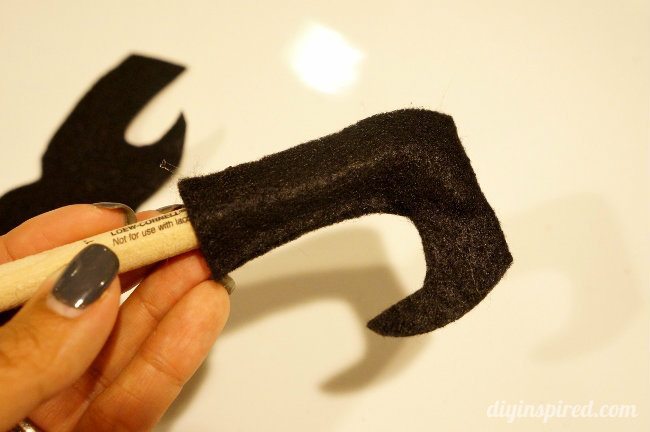 I also glued a little lace trim around her boot…

…and little red craft flowers on the side (I had these left over from some Rapunzel invitations I made). 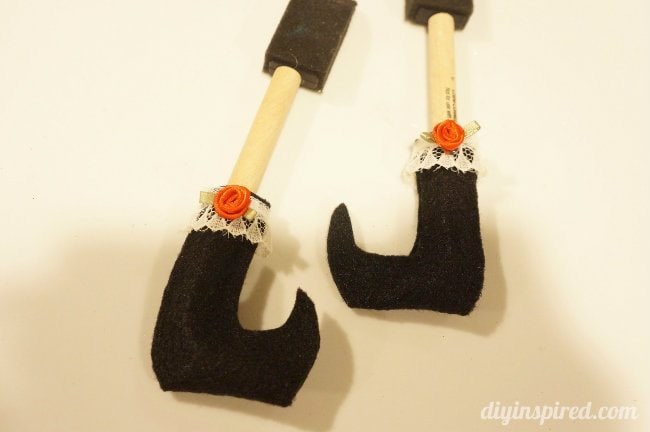 Slide them off the paint brush handle and there you have it! It was so easy! They slide right on Josie with ease. 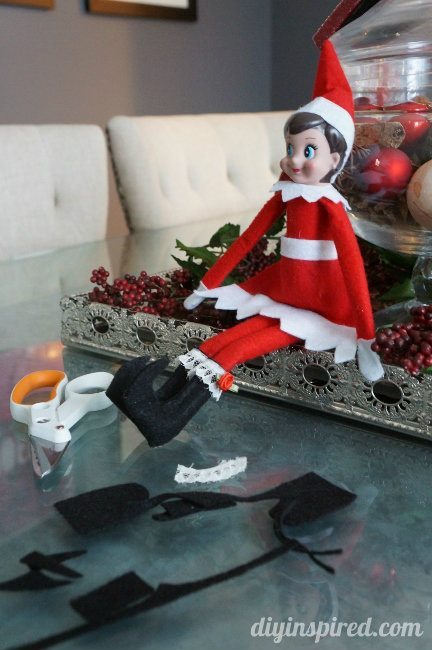 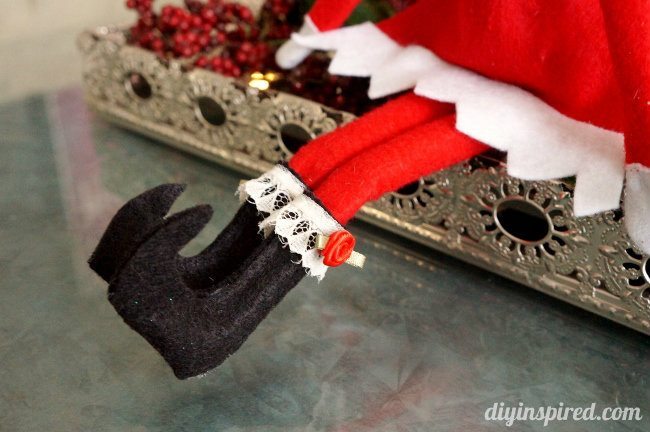 More Elf on the Shelf:

Elf on the Shelf First Day Idea – A cute poem and FREE printable for your elf’s arrival.

Ten Easy Elf on the Shelf Ideas – From being chased by reindeer to building a fort with Christmas cards, these ten ideas are clever, but simple.

The Elf on the Shelf Tradition – I wrote this after my daughter’s first year of Elf on the Shelf. This post includes a cute goodbye letter for the final night, including a special “baked” tray of mini gingerbread cookies.

Best Elf on the Shelf Ideas – This post shows the first night our elf showed up and nine other adorable ideas including a letter our elf wrote after a day of my daughter misbehaving.

Elf on the Shelf Bad Day Poem with Printable – Speaking of misbehaving, I ended up creating this FREE printable with a poem from your elf for the day after your child(ren) has been not so nice.

Two Dozen Easy Elf on a Shelf Ideas – Two dozen ideas that are helpful, especially when you forget and need a quick move!

Elf on a Shelf Ideas – This is the first Elf on the Shelf post I ever wrote and includes 7 ideas incorporating my daughter’s toys and games. 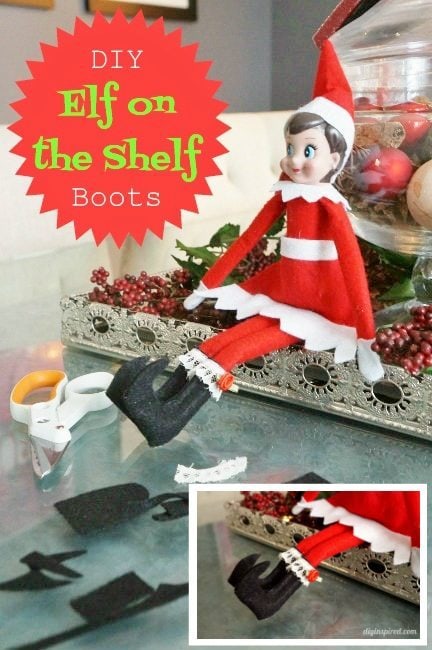 Here is a video of some of my ideas. Enjoy!