My friend Courtney is a party planner guru. In the past, she has shared some pretty amazing (and popular) parties here on DIY Inspired including her:

Today, she is sharing another brilliant party theme, Game Night Birthday Party. She said it was very easy commenting, “I literally just emptied out my game closet and arranged it on a red table cloth!” 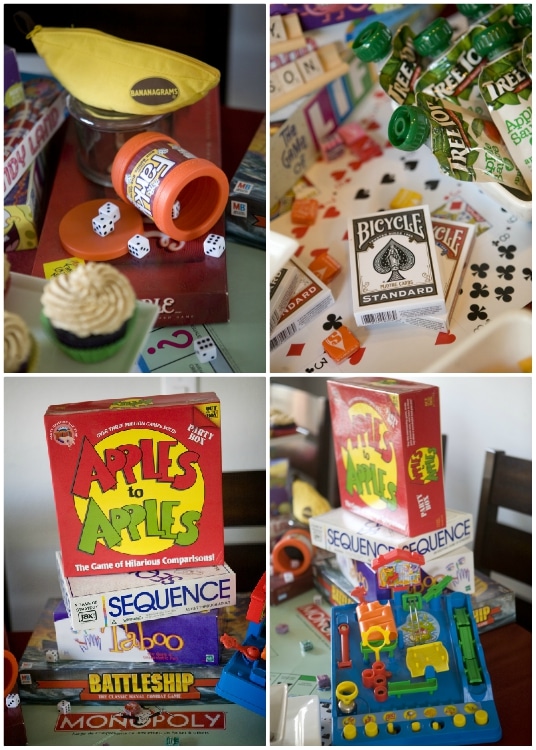 In case you missed it, check out her amazing Pirate party she threw for her youngest daughter.

Now for game night! Let’s start off with the party décor.

Courtney designed and printed out signs and framed them. She also placed the Monopoly Sign “Waterworks” on the bathroom door and used two Twister mats as backdrops for the drink station. 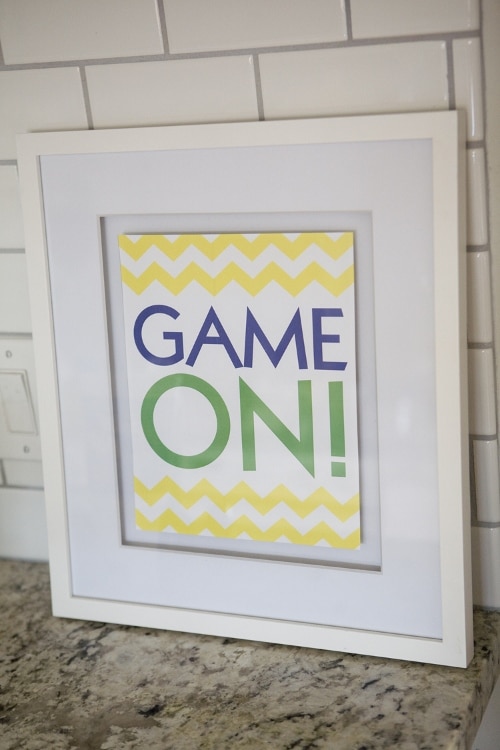 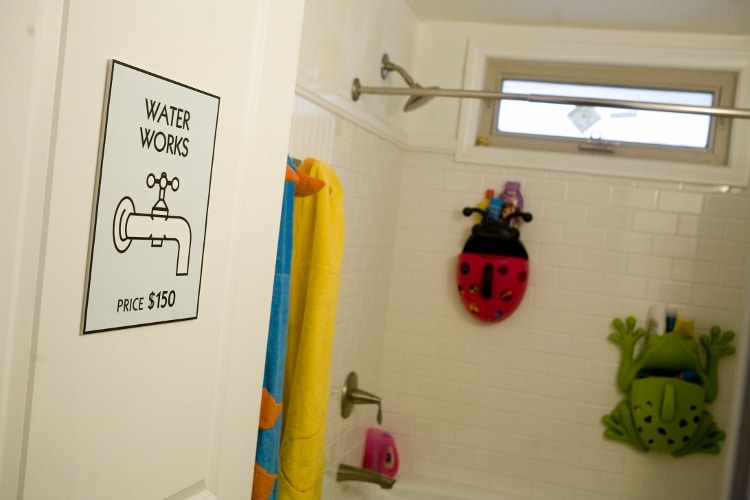 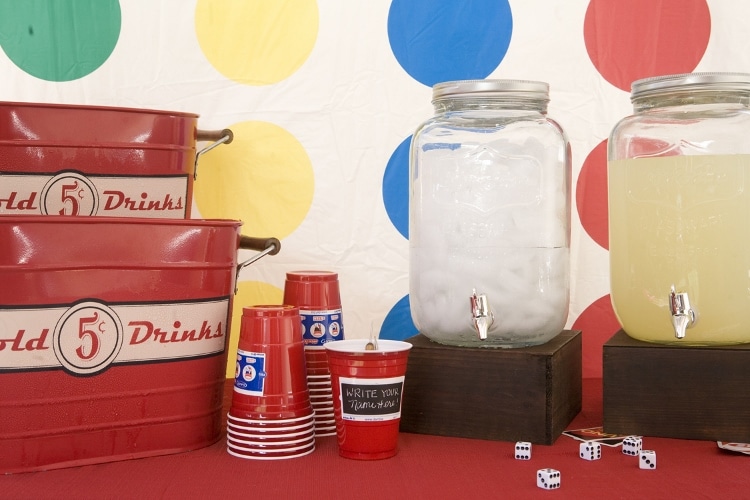 Another very simple idea is spelling out “Happy Birthday Madison” with Scrabble letters on the buffet table and used a Yahtzee dice cup as a utensil caddy. It can’t get much easier than that! 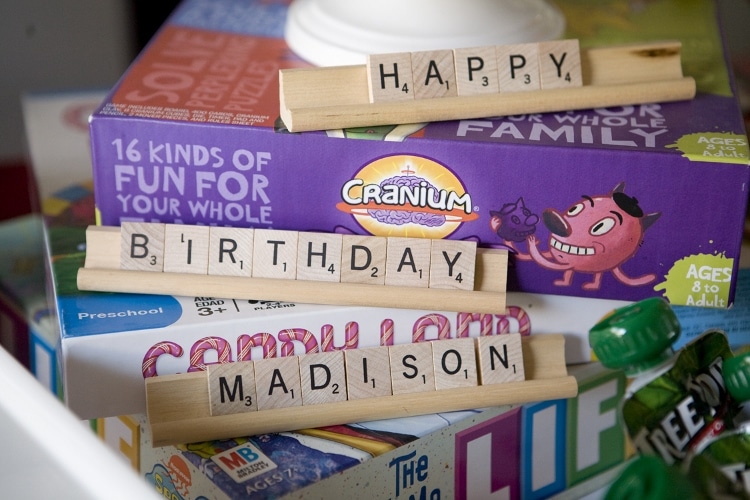 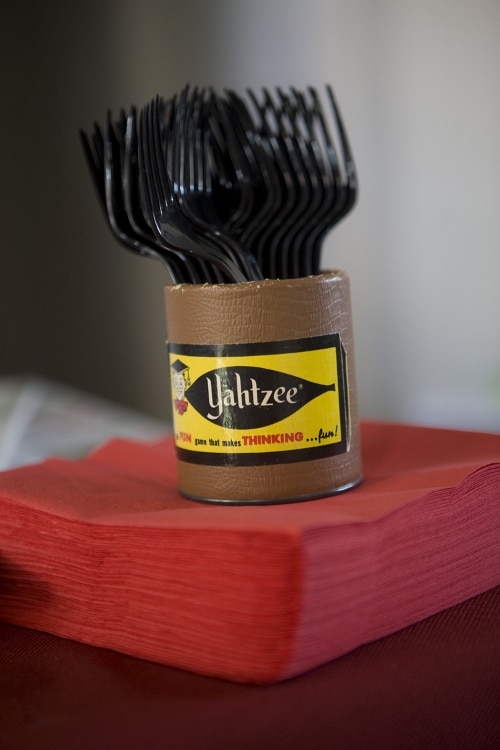 Outside Courtney posted brain teasers and other games for people to play with friends and family at their leisure. She posted the Monopoly Sign “Free Parking” on the garage where the kids parked their power wheels. 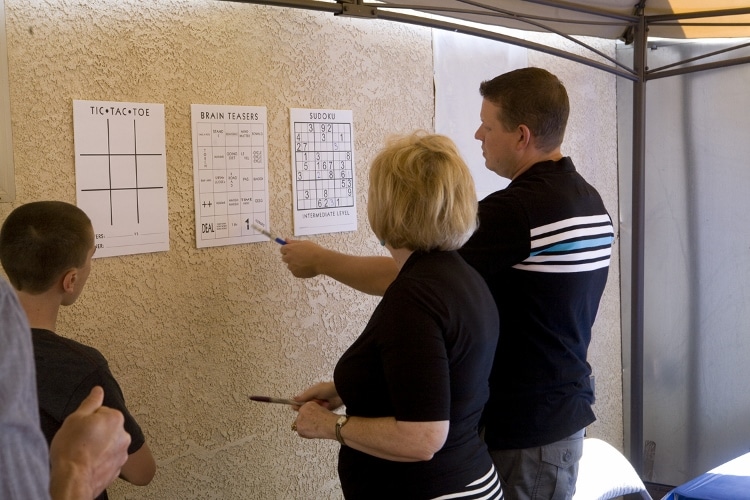 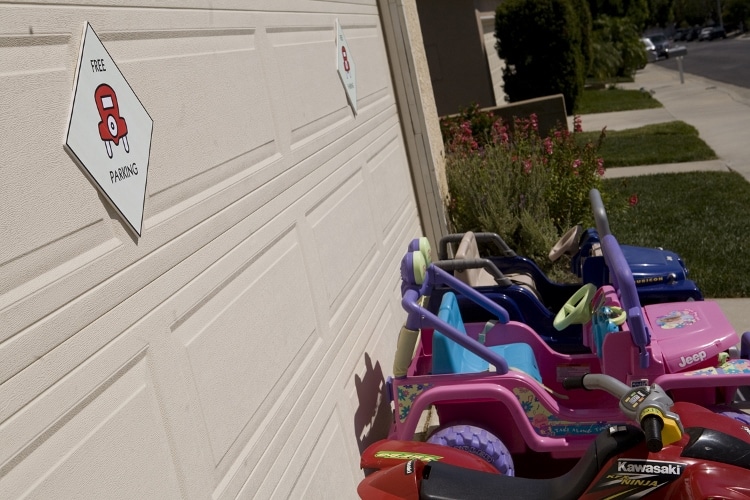 Courtney shared three simple DIY ideas that she made for the party including a table runner, party banner and prize medals. 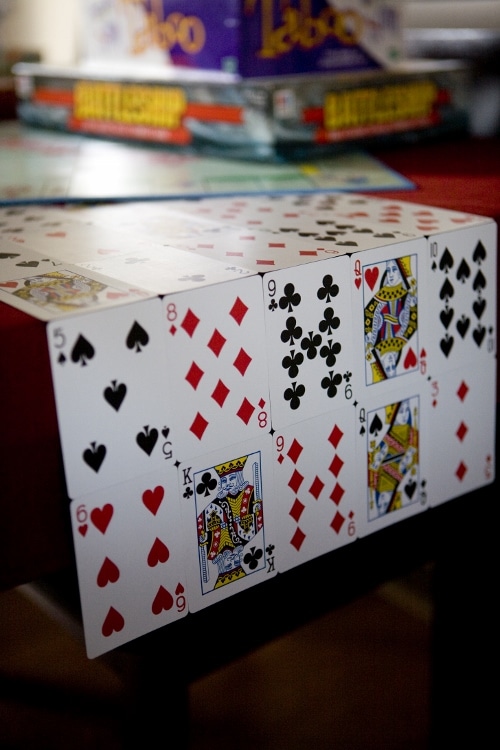 To make the playing card table runner, all you need is clear tape and a deck of cards. Courtney made rows of five making sure the cards were in random order. Use tape to attach the cards on the back.  This way, you can easily remove the tape when the party is over and still use the playing cards. 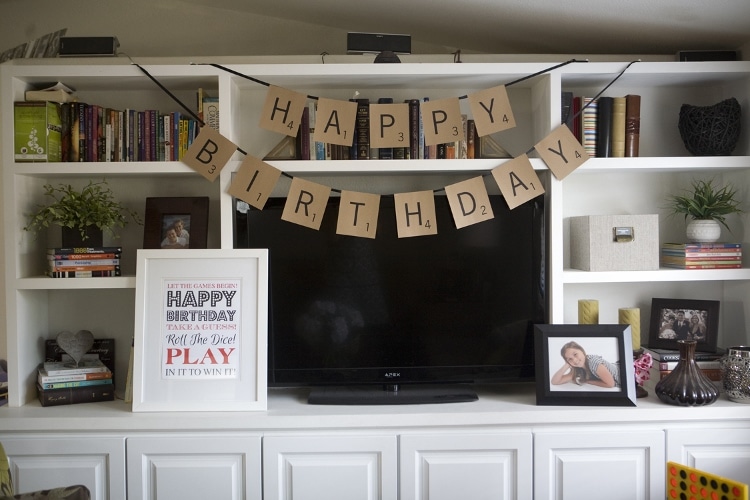 She also made her daughter’s banner with her name look like scrabble letters. Courtney actually printed it out on wood grain paper! So smart! 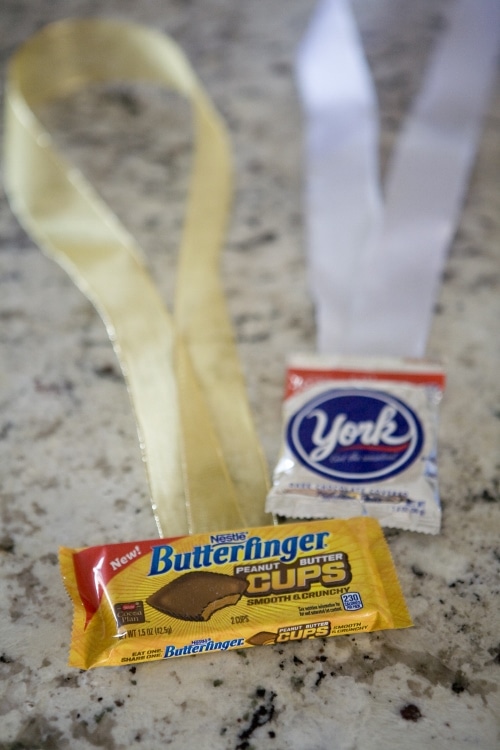 They did play several Minute to Win It games as well as life size Spot-It. Courtney divided the family into two teams. The first-place team got the Butterfinger “Gold Medals” and the losing team got the 2nd place York Patty “Silver Medals”. To make these, cut gold and silver ribbon to length and tape them on the back of the candy bars. 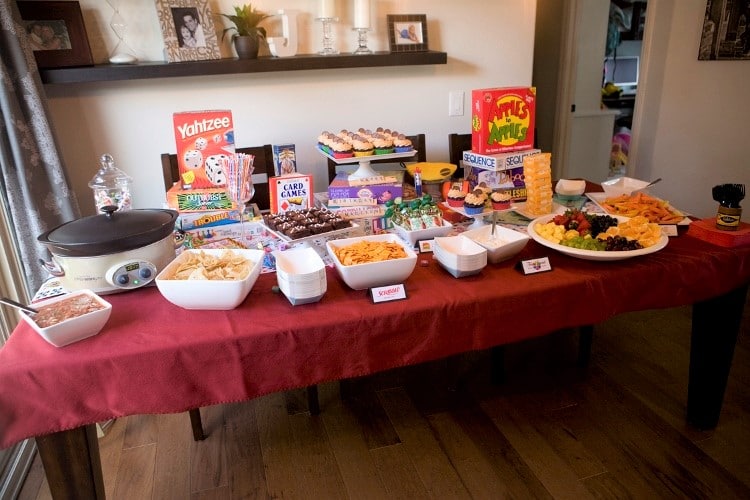 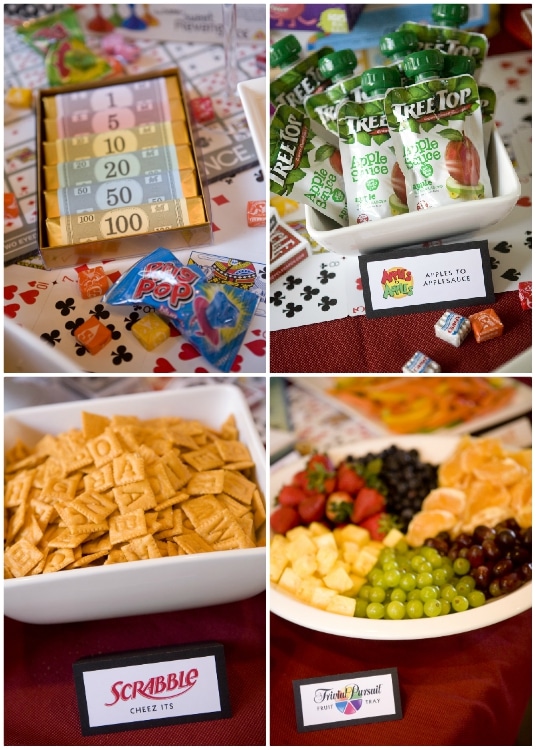 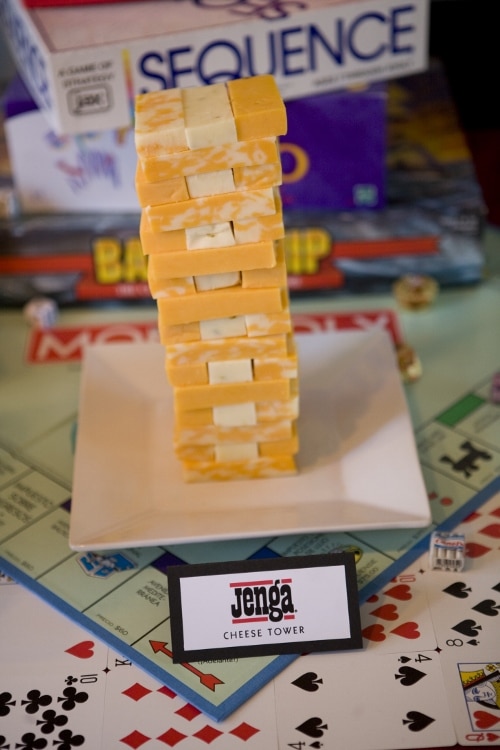 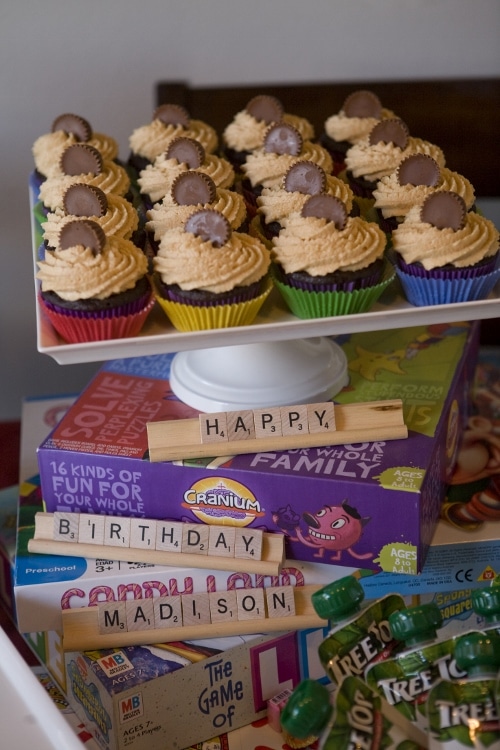 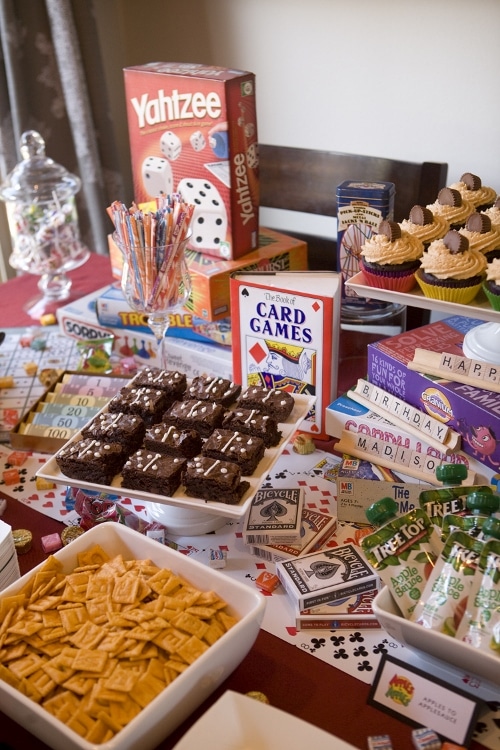 The food table served not only as yummy treats, but as part of the décor as well.  She served, Scrabble Cheez-Its (Easy!), “Jenga” Cheese Tower (not so easy, it takes longer than you think), “Trivial Pursuit” fruit tray, “Apples to Apples” squeezers, Monopoly money chocolate bars, and “Domino” brownies.

There you have it!

Here are some more party ideas to inspired you!