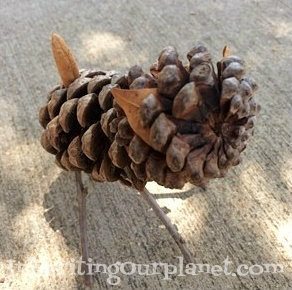 My daughter and I went for a walk to the park not long ago with the intentions of hopefully making some new friends her age to play with, not to make upcycled pine cone pets. By the time we got there, the sun was blazing and the park was empty. It was so hot, that my little lady didn’t even want to go down the slide or climb the monkey bars because everything was too hot to touch.

Since we packed a lunch and brought a blanket, we didn’t want our little picnic for two go to waste so we set up under a tree in the shade. Mia had already eaten her pretzels and yogurt and was already getting antsy.

I looked around and noticed several pine cones in different sizes. I told her to gather some to make some little animals. She looked at me funny but didn’t question me. As she gathered pine cones, I gathered some small twigs and dead leaves. 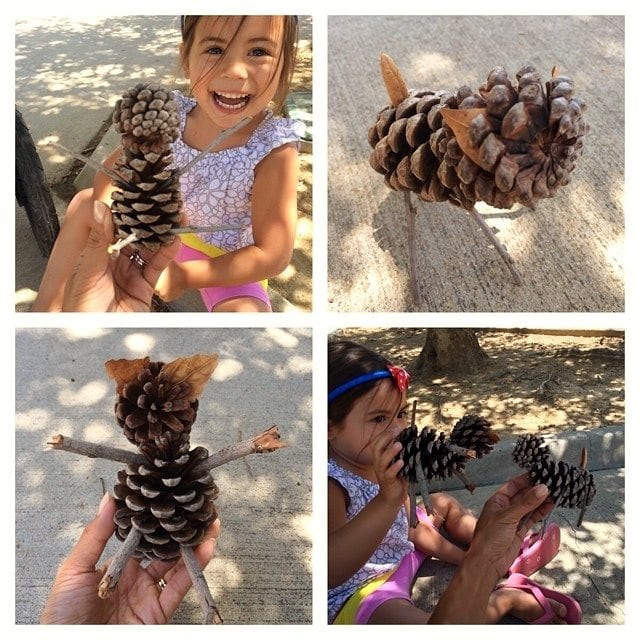 I picked a large cone and a small one, one stick that I broke into four, and three little leaves. With the grooves of the pine cone, everything fit in nicely. I used the dried leaves for the ears and tail and the twigs for the legs. I held it up and said “ruff ruff!” Mia laughed and immediately started creating her own.

We played for a little while and then left our pine cone pets neatly in the dirt under the tree for some other child to discover them. As we headed home, Mia was happy and satisfied with our little trip to the park.  Although it didn’t go as planned, we had a great time being creative and making pine cone pets instead. 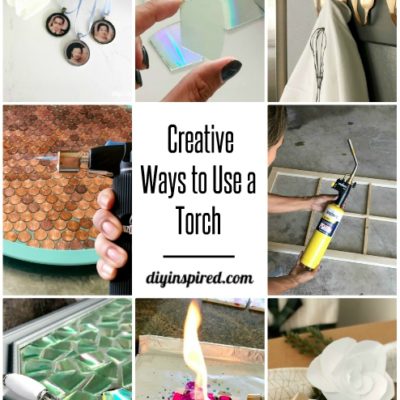