Food and Games for a Halloween Birthday Party in June

I have another fun party submission to share today. Alyssa Hunter from Alyssa Hunter Photography is sharing the details and beautiful photos from her daughter Colette’s 3rd Halloween birthday party. I hope you will be as inspired as I was!

Colette’s love of Halloween started with a hand-me-down witch dress and matching hat that arrived last summer, soon after she turned two. She decided immediately that she would be a witch for the still months-away Halloween, but the dress was a size 4t and much too long. As Halloween approached, she wasn’t wavering on the costume and after searching for something similar in her size without luck, we finally spent the money to get the dress altered (the seamstress thought I was nuts!). 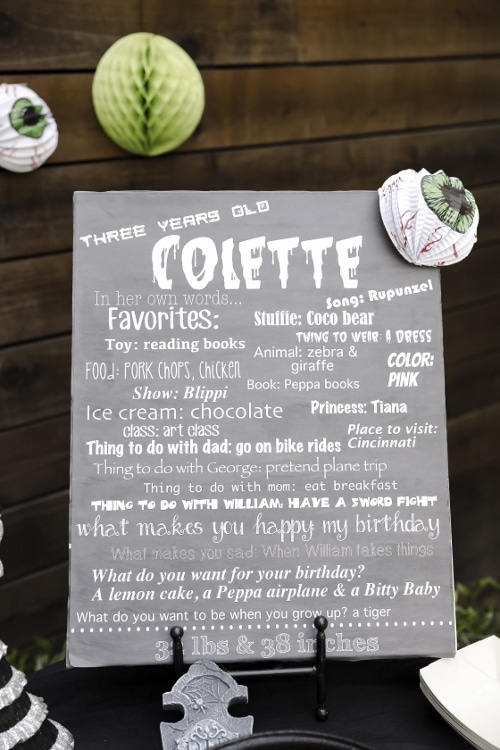 Even as we moved into winter, Colette continued to play witch, turning sticks out in nature into broomsticks and collecting rocks for her witches’ brew. I suggested a few other ideas for her birthday party, but it was clear that all she wanted was a witches Halloween ball, so that’s what we did… in June. A few months later, as we were looking through photos of the party, she asked me if we could do the exact same party again when she’s four. Oh, and she plans to wear the dress again this year for Halloween.

I always love coming up with fun themed snack foods. Bacon Bacon breakfast burritos and sandwiches were for the adults and crescent-rolled wrapped hot dogs, ‘mummy dogs’ out for the kids, complete with ketchup ‘blood’ for dipping. 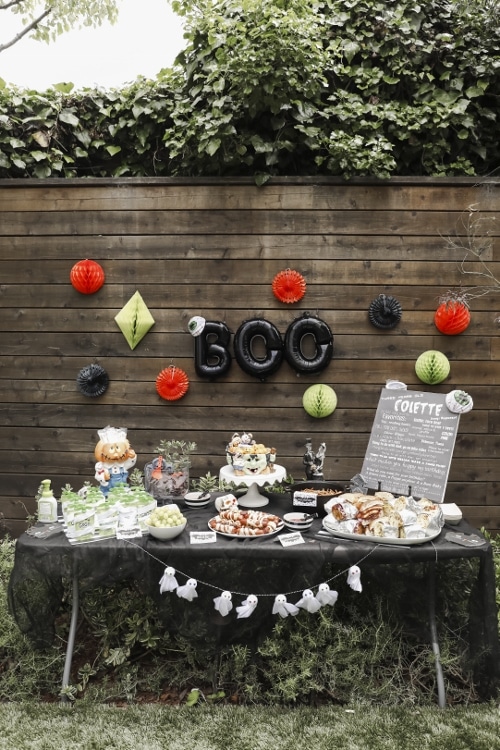 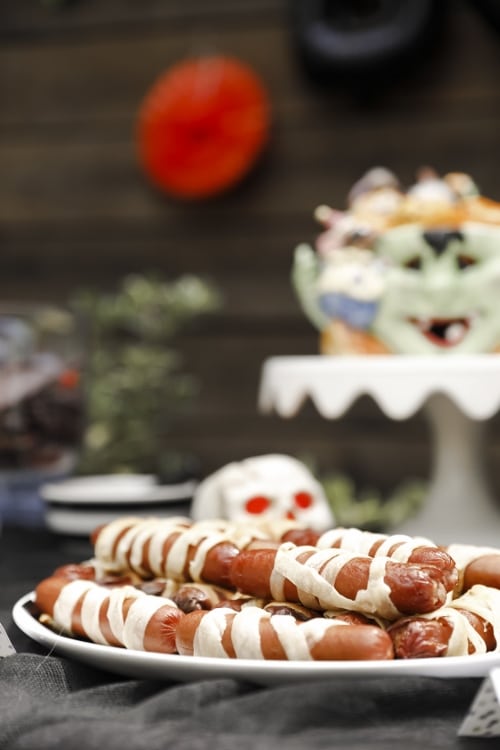 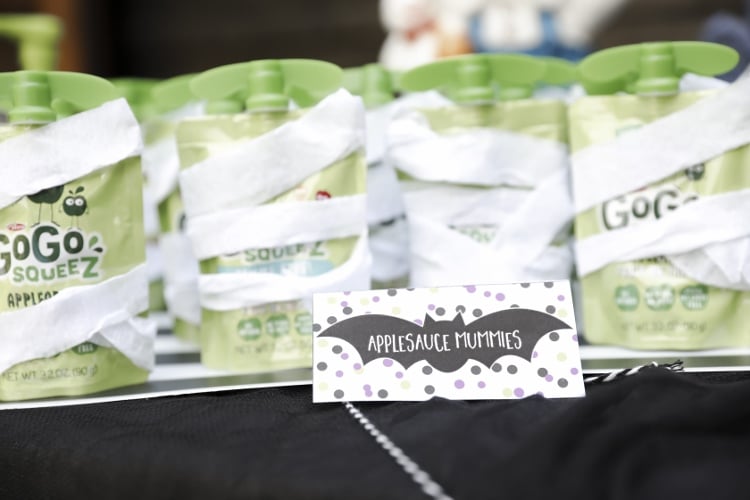 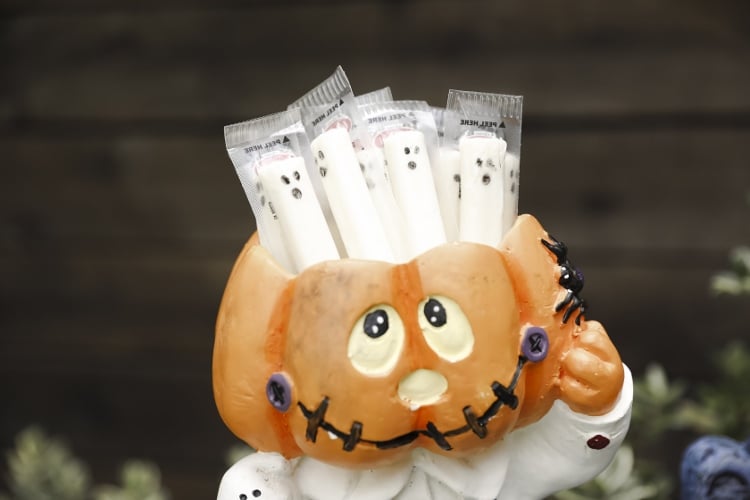 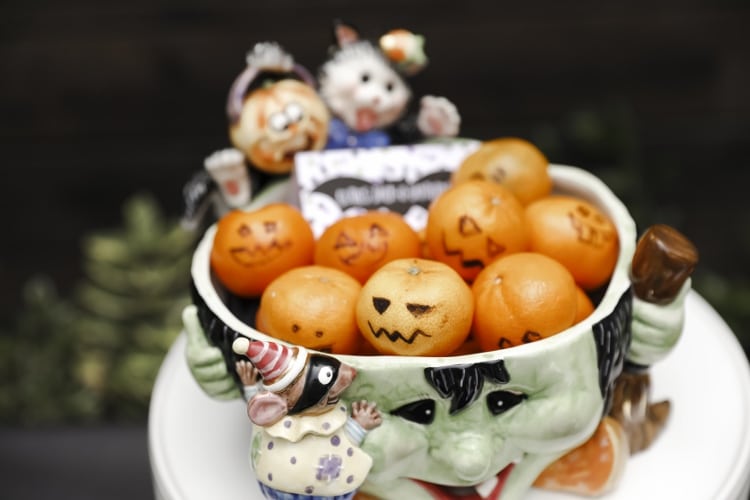 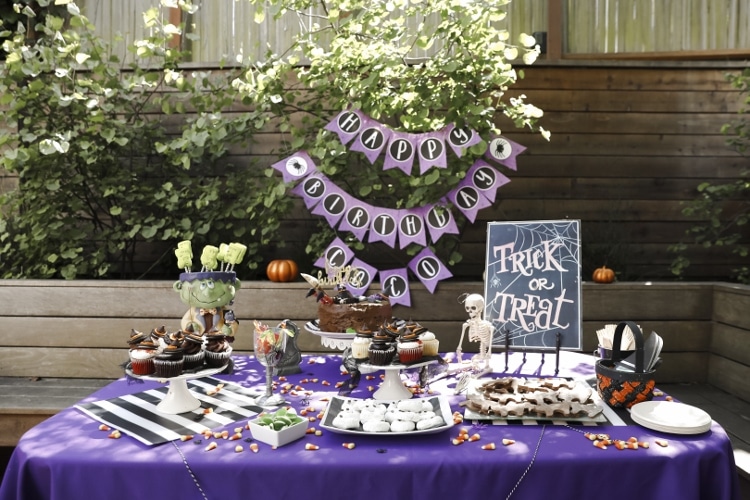 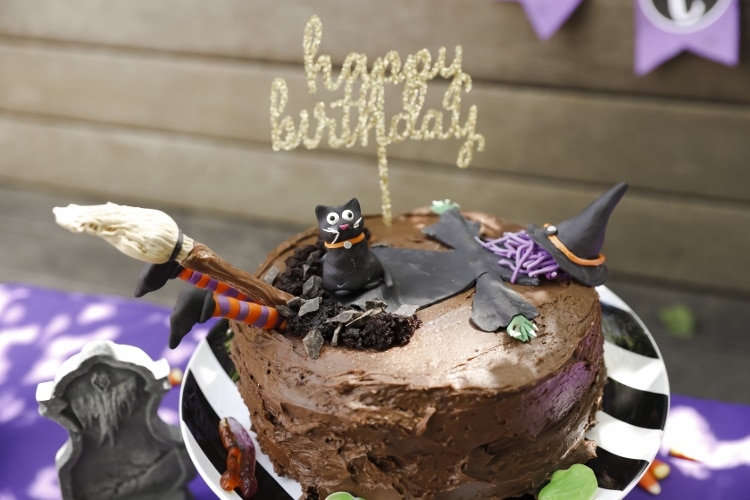 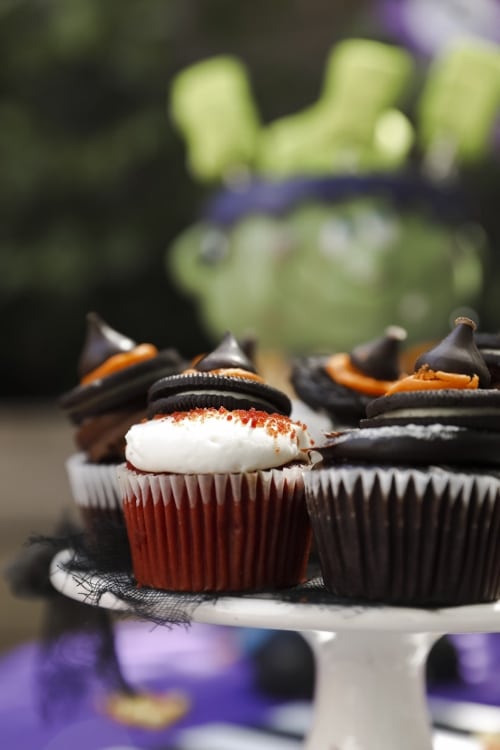 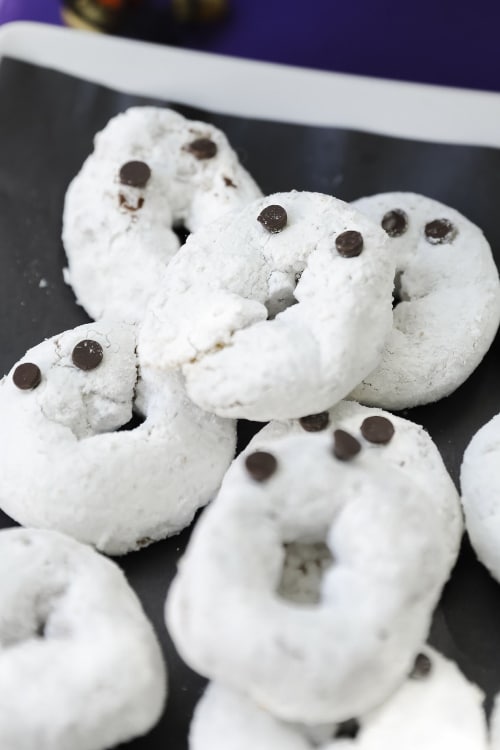 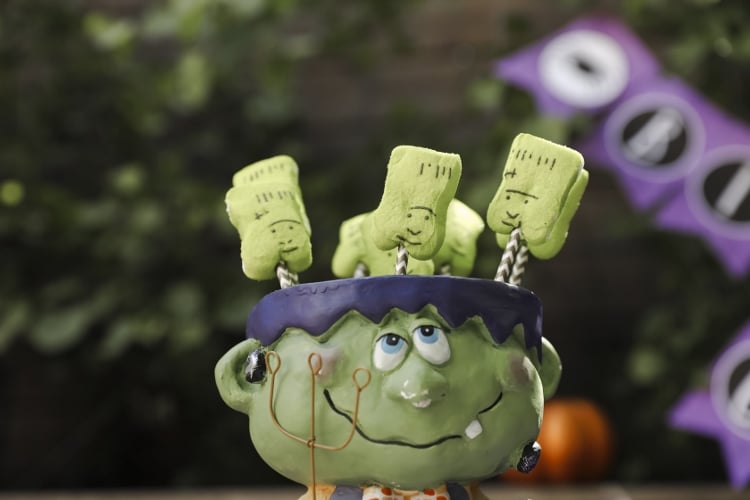 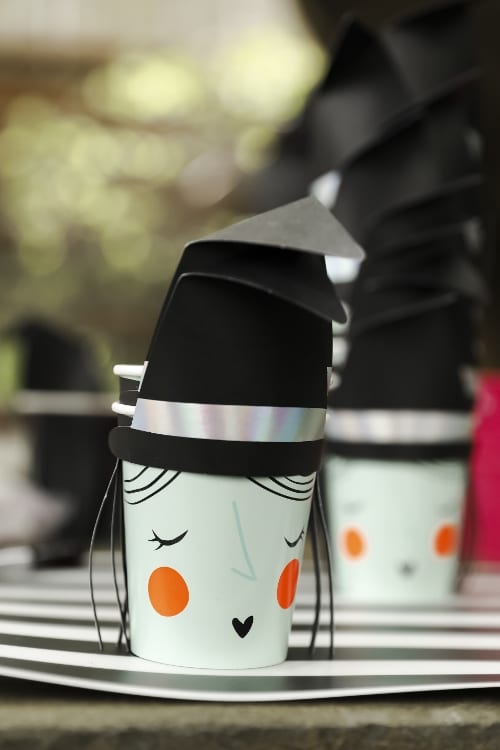 Games are always one of my favorite things to do for a backyard party and while I usually go with 4 or 5 different ones, there are always a couple that are hits. And oddly, I can’t always tell which ones will be. I usually go with something that’s easy to prep but can also serve as a party decoration even if it’s not used much.

The rock box isn’t used too much by us at this point but is always a hit at the parties, so I open it up and add the theme, this time with skeletons and tombstones and some construction trucks for digging. 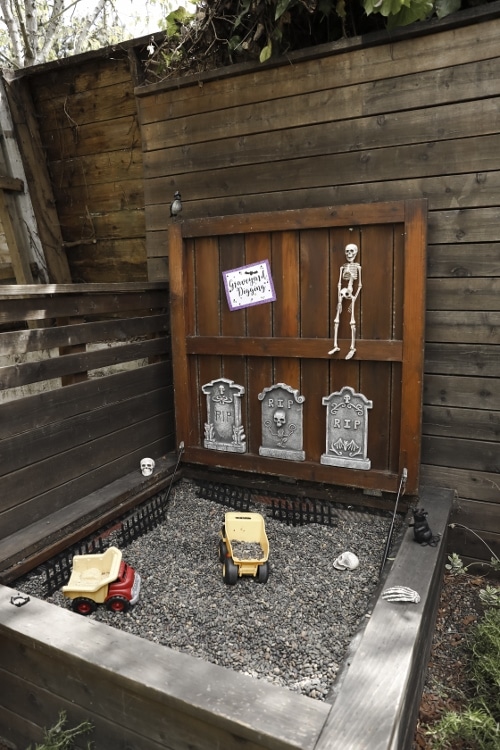 I placed witches’ hats over a ring toss game we had gotten a few years back. They sat perfectly in place and the rings were easy to throw over. 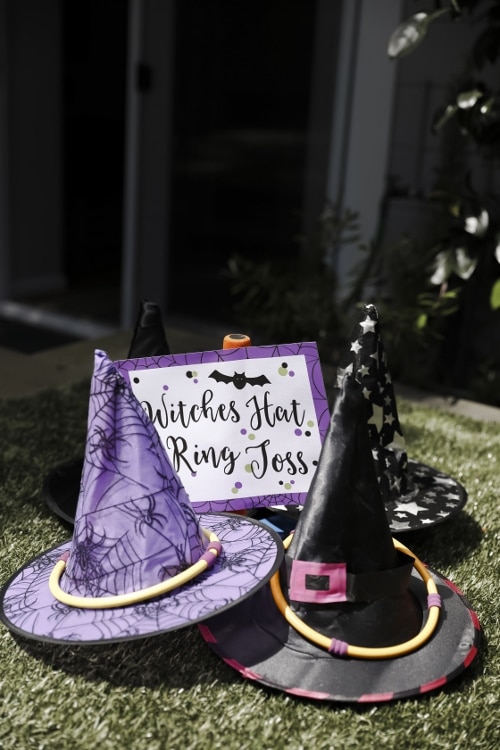 I saw this one on Pinterest and who knew compostable packing peanuts were so easily available.

This is a harder one to keep for the length of the party as it loses a lot of the foam after 20 minutes or so, but it still worked. 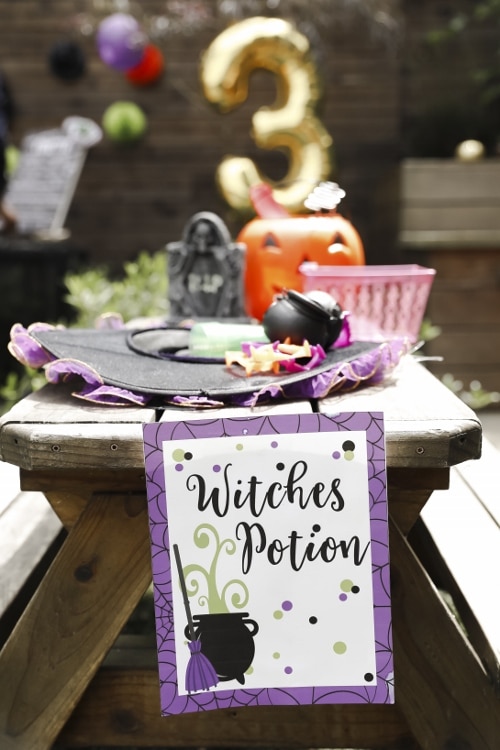 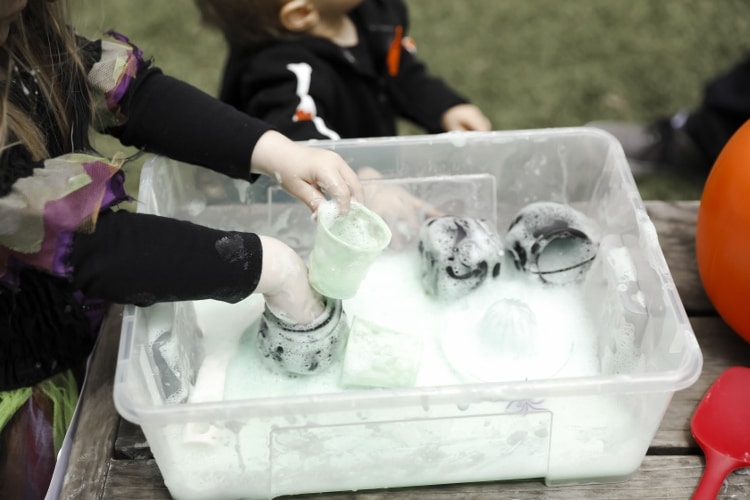 This is a sensory bin filled with water beads, little spiders, eyeballs etc. 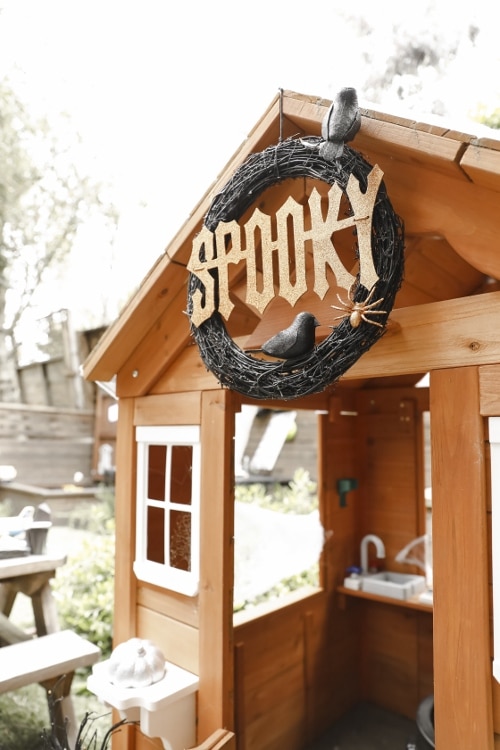 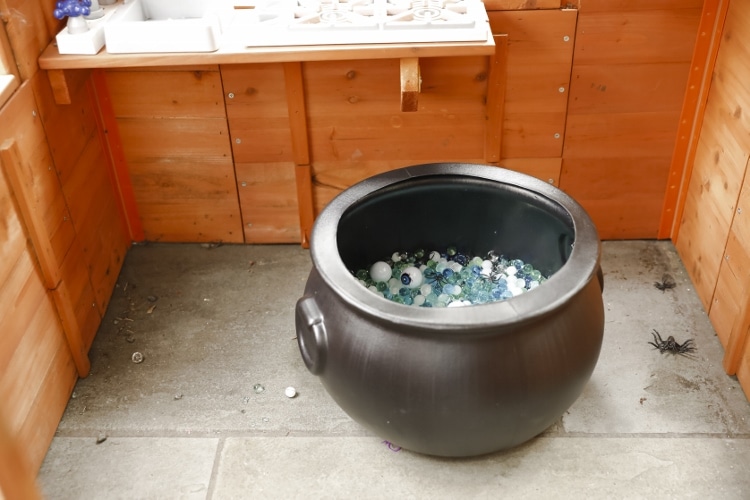 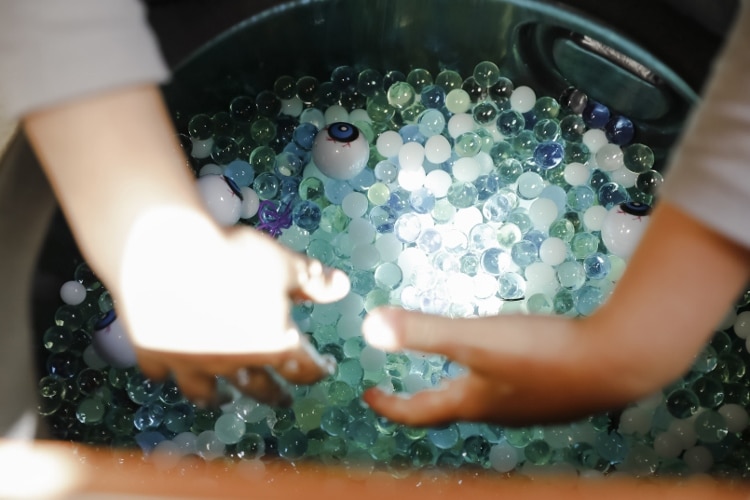 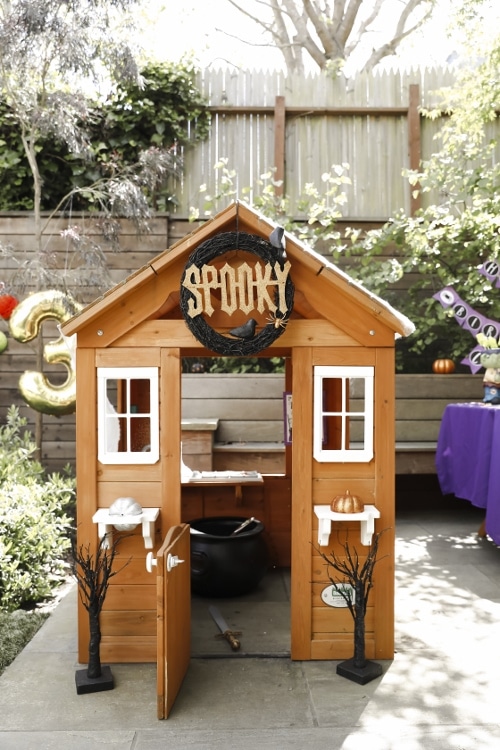 Before you go, check out this YouTube video of how to make a Fortune Teller Costume out of a shipping box! 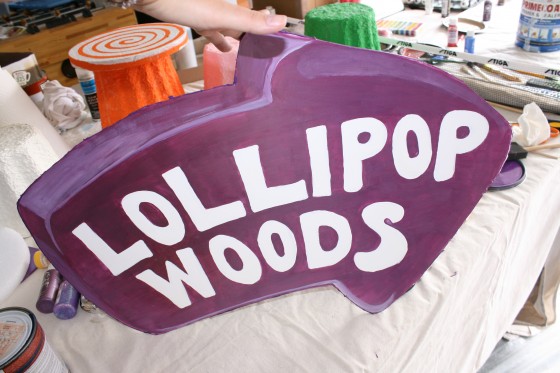 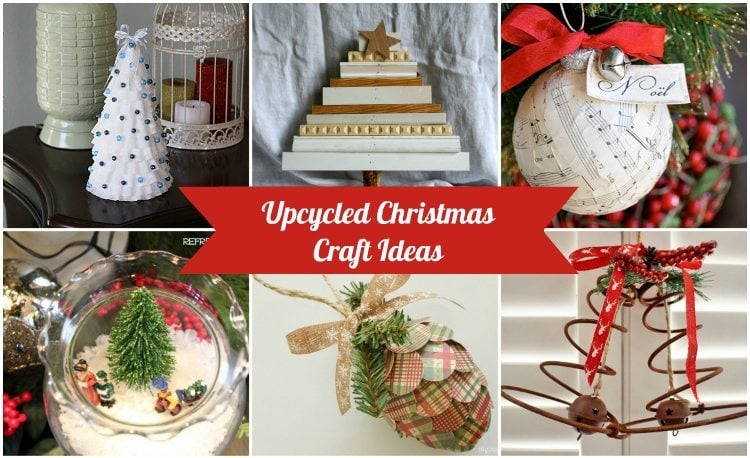 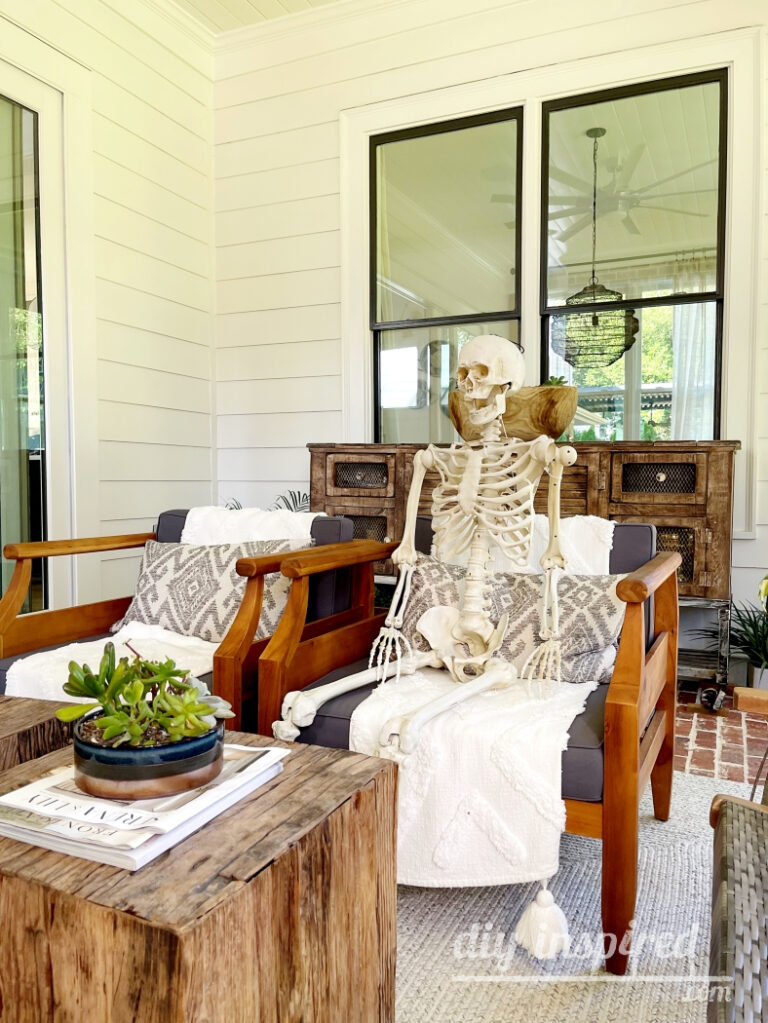 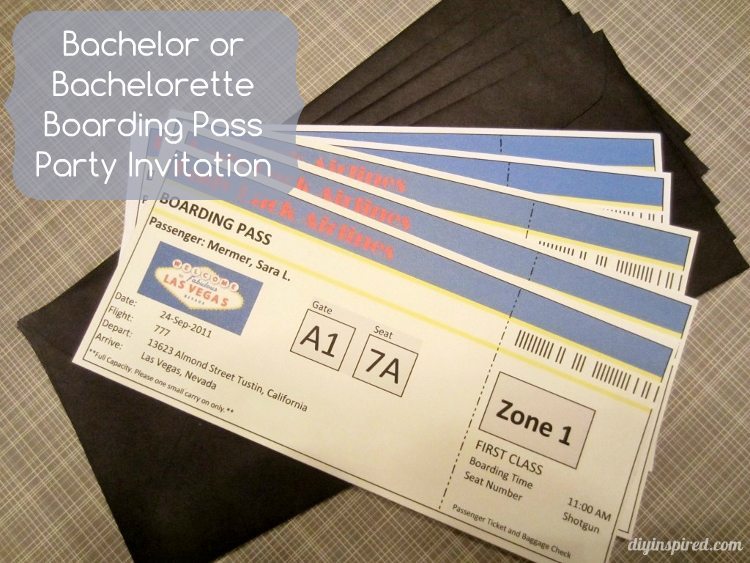 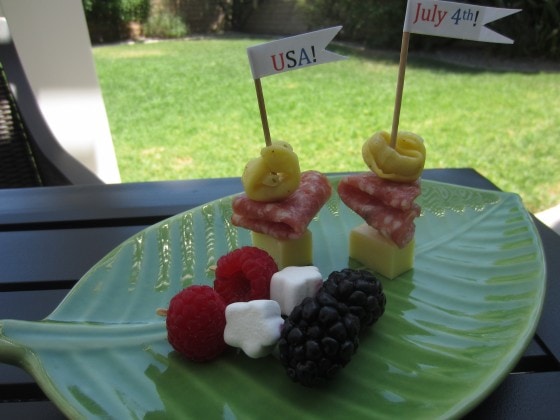 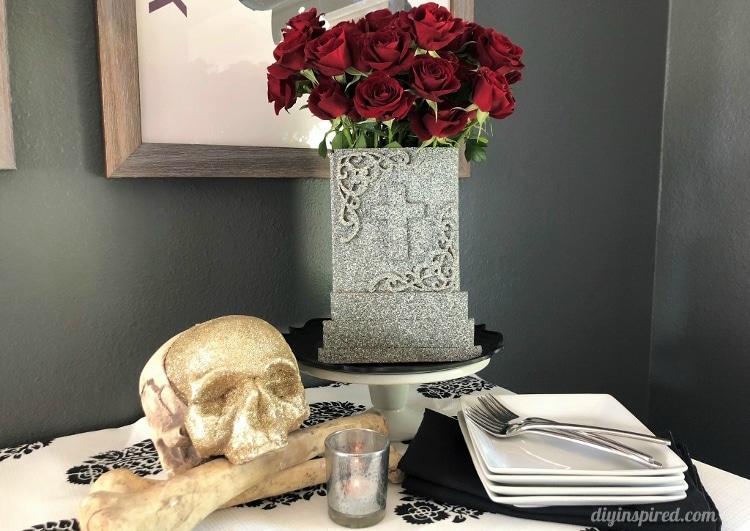