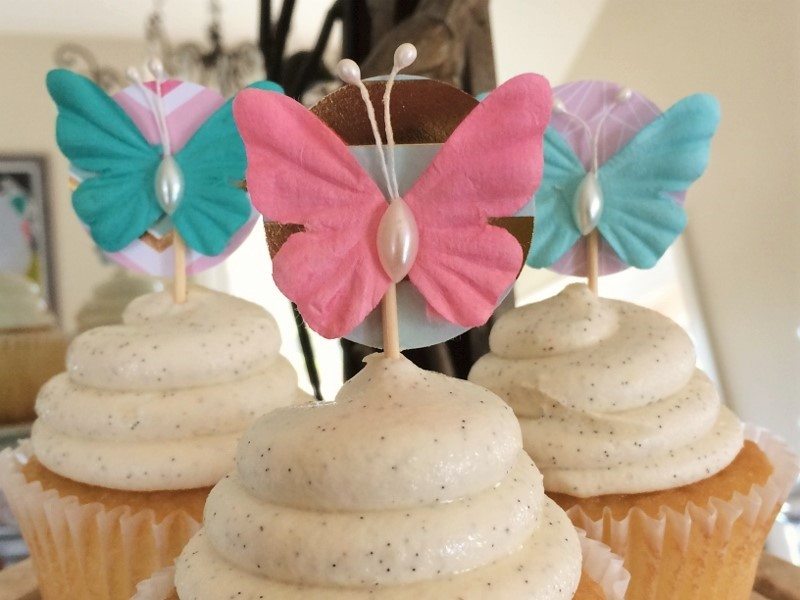 For my best friends 40th birthday dinner, the restaurant allowed us to bring dessert. We decided that I would special order cupcakes because it was easiest to bring, pass out, and eat while we were there. So, a couple weeks before the dinner party I ordered some cupcakes to match the decorations I made. On the day of the party I went to pick them up and they were all wrong. They were the wrong colors and had the wrong topping. I wanted white chocolate shavings and they gave me dark chocolate. What was worse is that I had just had the baby five days prior and I was SUPER emotional. I about had a breakdown and the lady said not to worry, she was sorry and I didn’t have to buy them. Frustrated, I ended up having to buy premade cupcakes at the grocery store. In an effort to match the party decorations, I busted out these last minute cupcake toppers.

I found these packs of pastel paper butterflies that would match the decorations perfectly in the dollar bins at the front of Michael’s Craft Store. I snatched up a few packs along with some toothpicks. 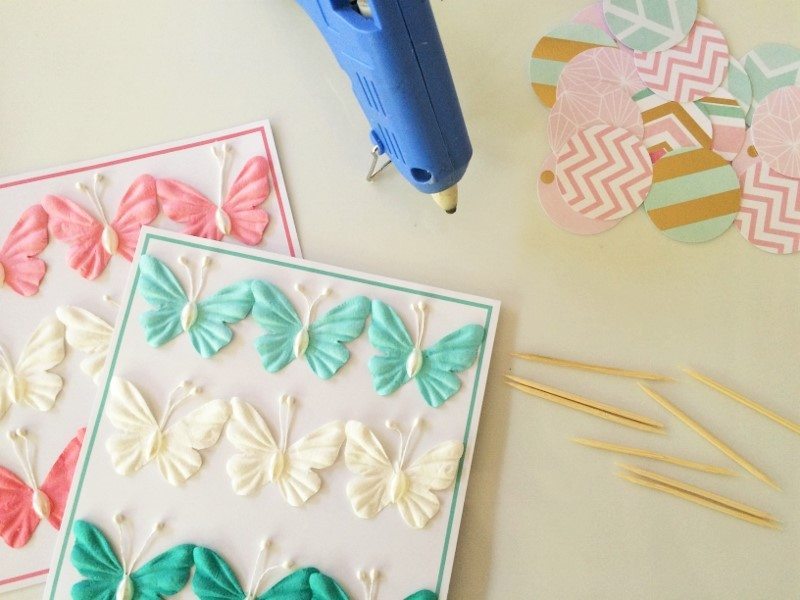 I used a small circle punch to punch out circles out of scrapbook paper and glued a toothpick in between the circle and paper butterfly. 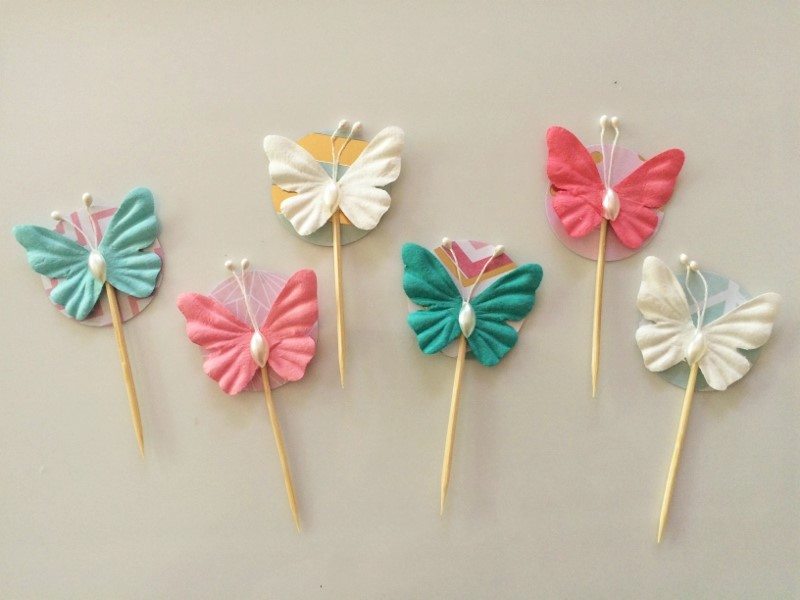 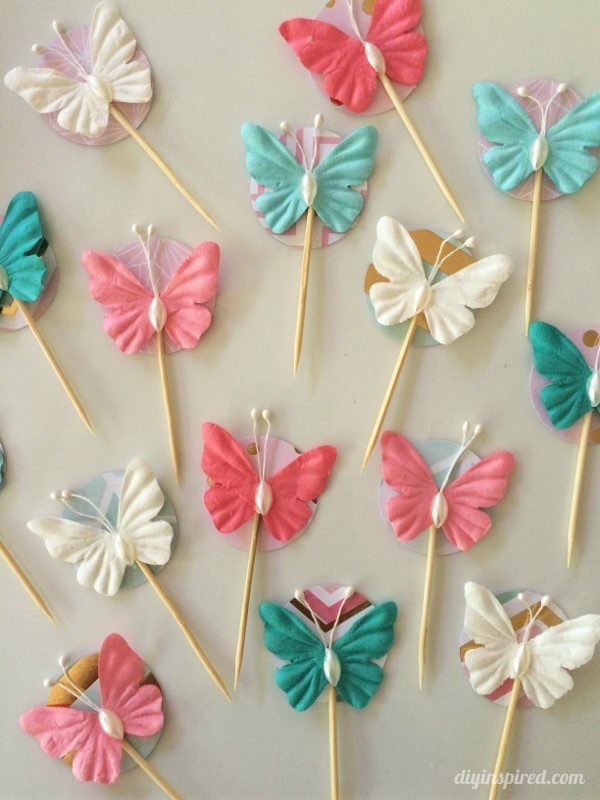 I placed them in plain white frosted cupcakes. 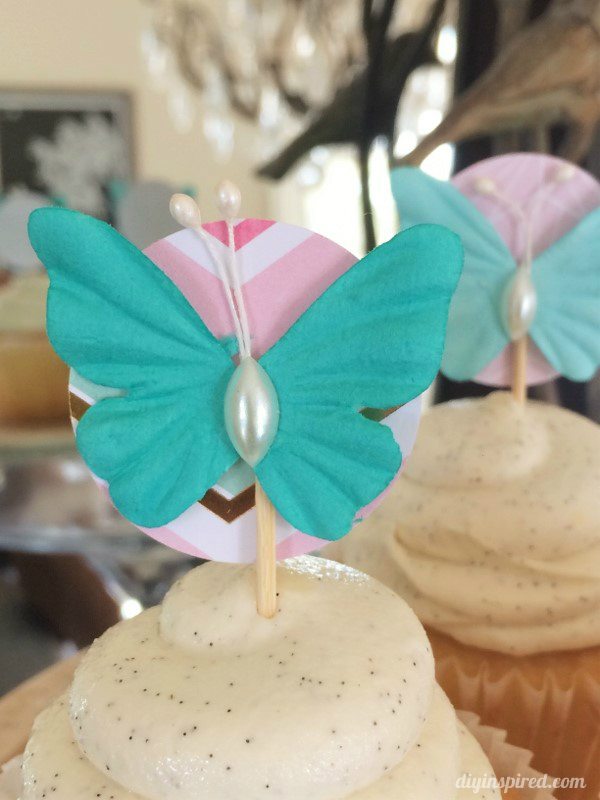 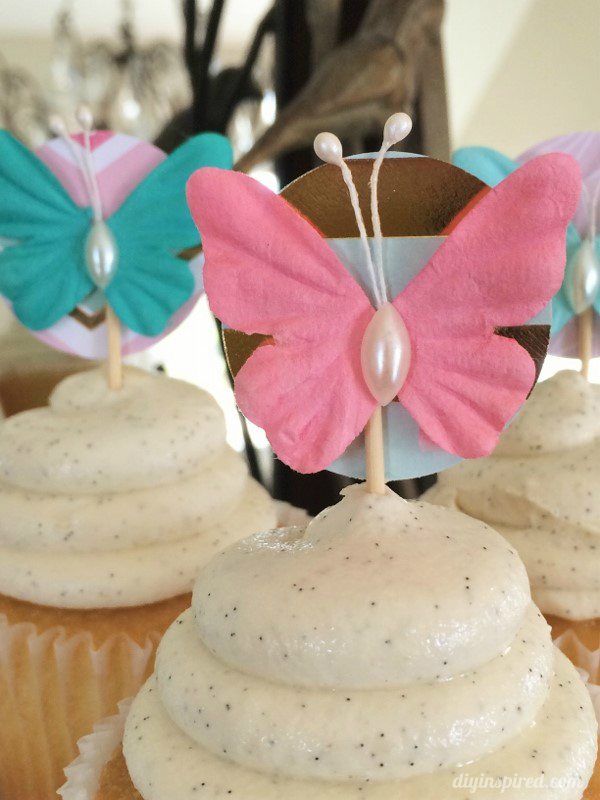 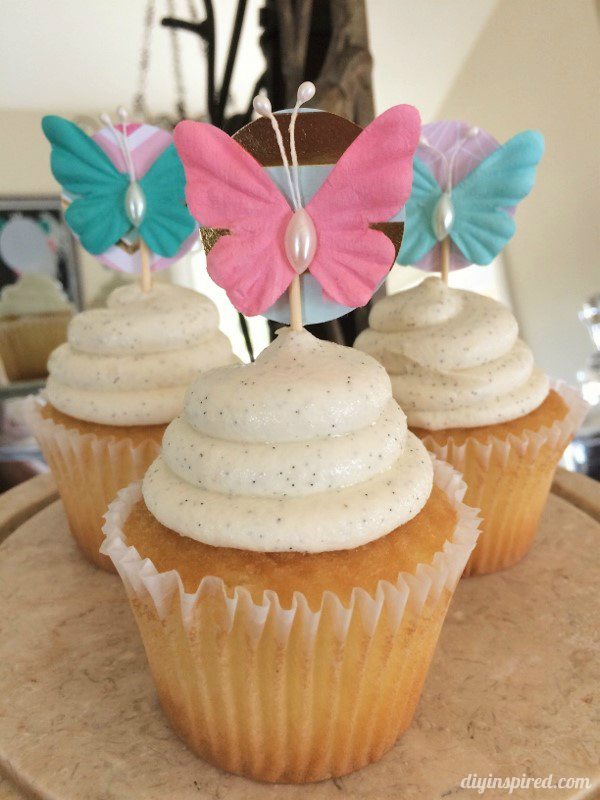 Luckily the cupcakes were delicious and no one at the party knew that they were not the original ones (well, now they do! Ha!)!