It’s that time of year again! With the rain and cold weather, we were trapped inside during my daughter’s day off so we decided to get a head start on her Leprechaun trap this year. Here is a traditional trap we made in the past, but as my daughter says, “it wasn’t very ingenious”. I thought it was! So, here are the complete details and tutorial for How to Make a Leprechaun Trap out of a cardboard box, including DIY ladder, four leaf clovers, and paper rainbow.

I brought out an old book of assorted scrapbook paper and pulled out all the sheets that were green. They were all different patterns and shades.  I gave it all to my six-year-old daughter along with some scissors, tape, and glue and told her to cover the box any way she wanted.  We kept one side open (top). 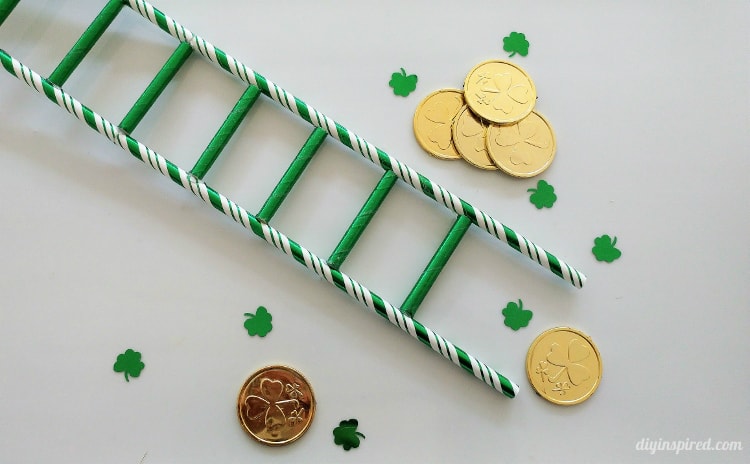 We needed a ladder since the box was so tall and leprechauns are so small (we think), so I made one out of paper straws.  For the one you see here I used 7 straws total.  I glued two together two straws per side. Next, to create the rungs, I cut nine 2” (ish) pieces and used hot glue to glue it all together.

My daughter said we should trick the leprechaun and needed a fake front door.  So, she cut out some straws and made a door outline complete with handle and a peephole. 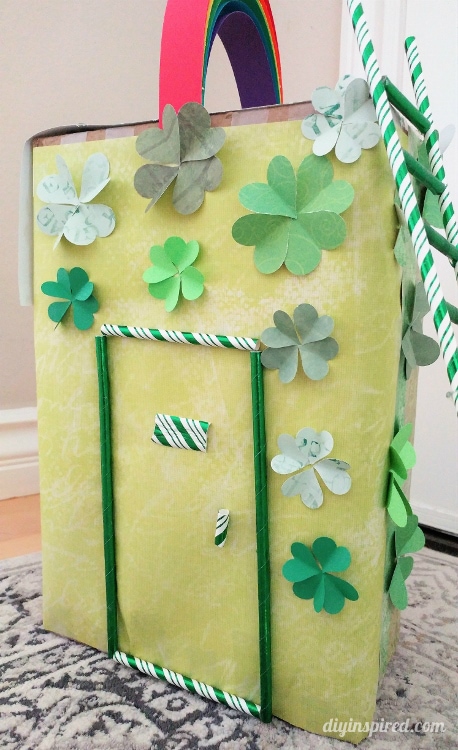 We also make lucky four leaf clovers out of a heart shaped craft punch.  To make these, we punched out four hearts per clover, folded them in half and then glued them with the points meeting in the center.  We did them in different shades and patterns. (Tip: the easiest way to glue the clovers on is to place white glue on a plate. Then fold the heart and dip the crease into the glue, and then glue them to the box.) 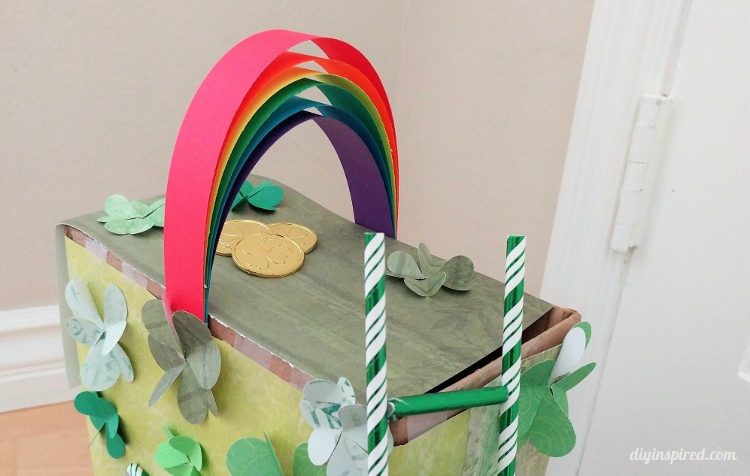 Next my daughter wanted a rainbow on top, so I taught her how to use a paper cutter (be sure to have adult supervision!!).  She cut 1” wide strips at the following lengths:

Place the stripes together with the red on top, following the colors of the rainbow with the purple on the bottom. Staple both ends so that the meet and form a rainbow shape.  Glue each end on top of the box. 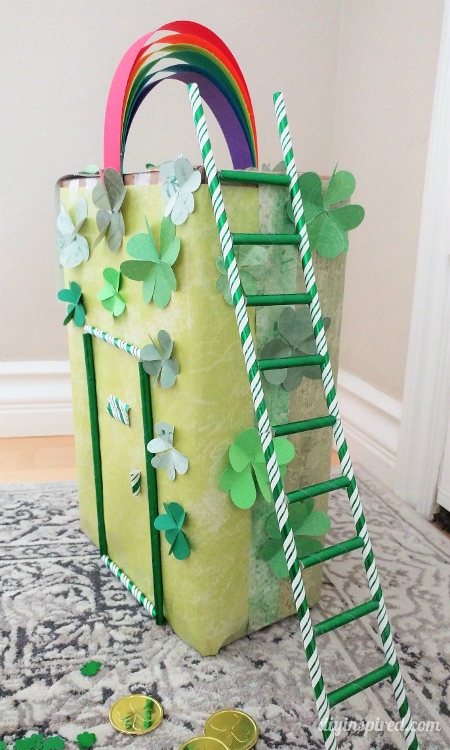 We’ll see if it works this year! 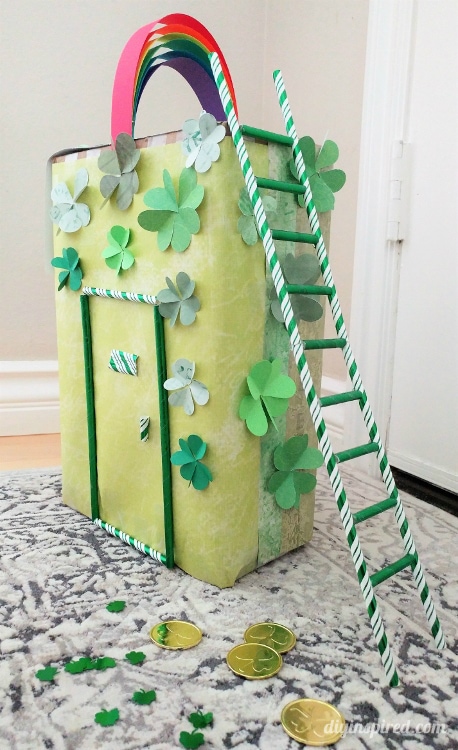 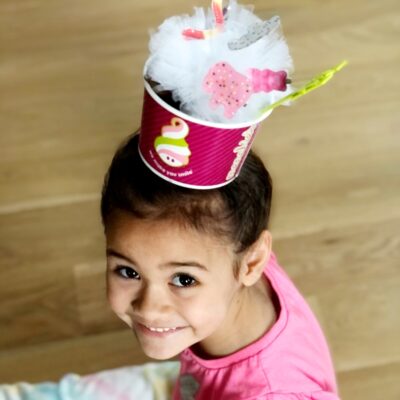