This year is Couples Olympics 2019. It is our fifth year doing this, and I have to say our best year yet.

What is the Couples Olympics?

This occurs once a year among 5-6 couples. We get together and dress up in our team colors and compete in several fun events. It’s a potluck so we have a ton of food and drinks and we all have kids, so they all come along, get dressed up and cheer their parents on. 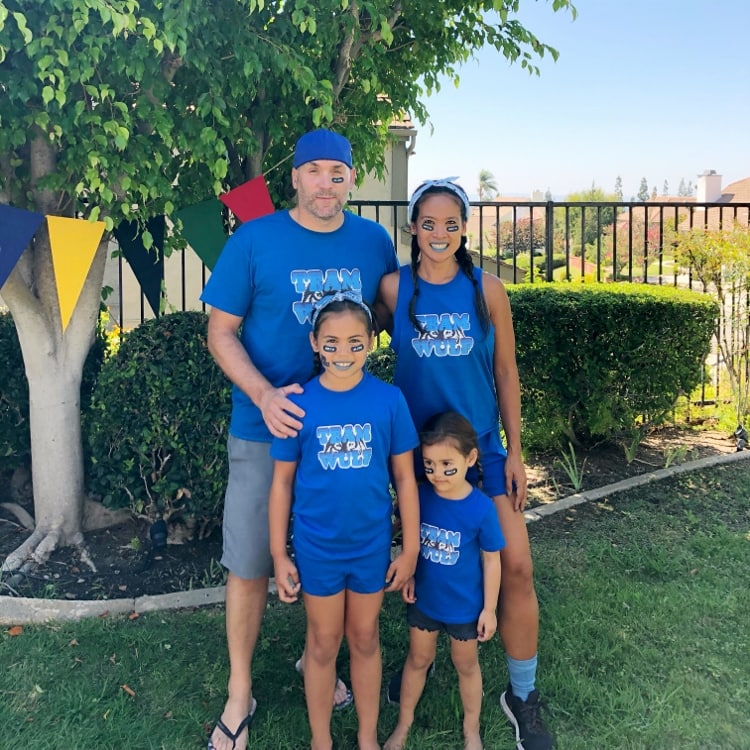 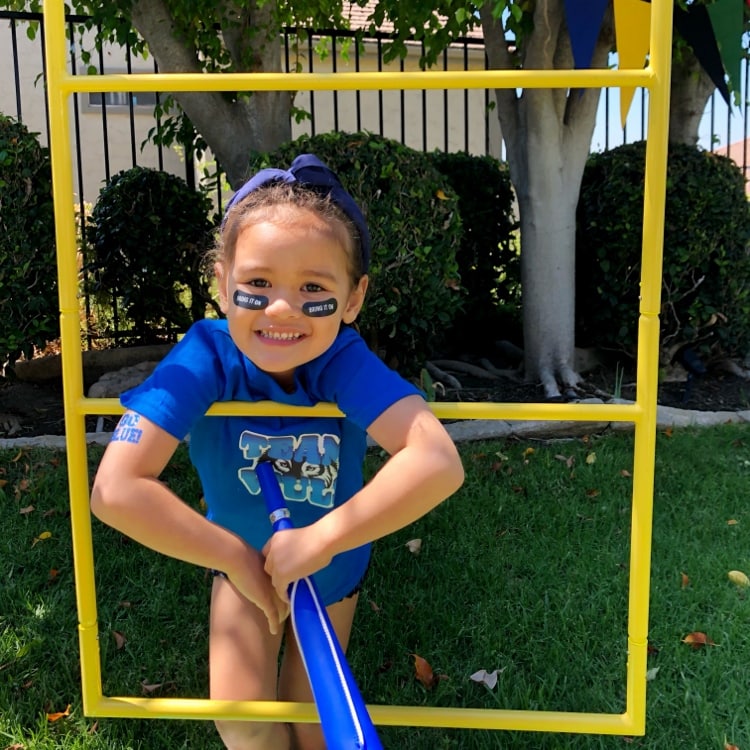 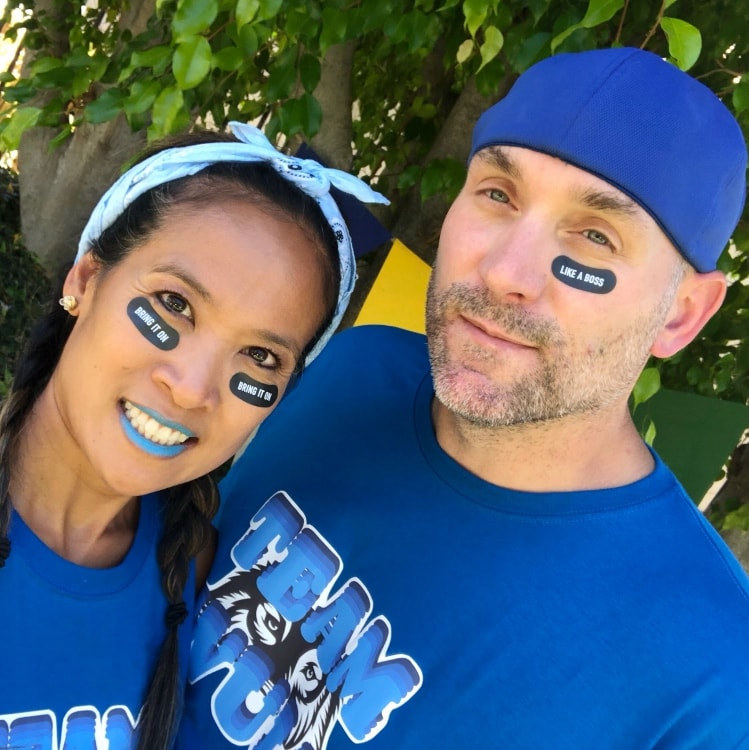 I take the time to send out Welcome Packets to each team and decorate. We have an official rule book and the Couples Olympics Committee. We give out swag bags and dress in ridiculous outfits. The winning couple receives a medal as well as the coveted Couples Olympics trophy. It is a blast and something we look forward to every year. 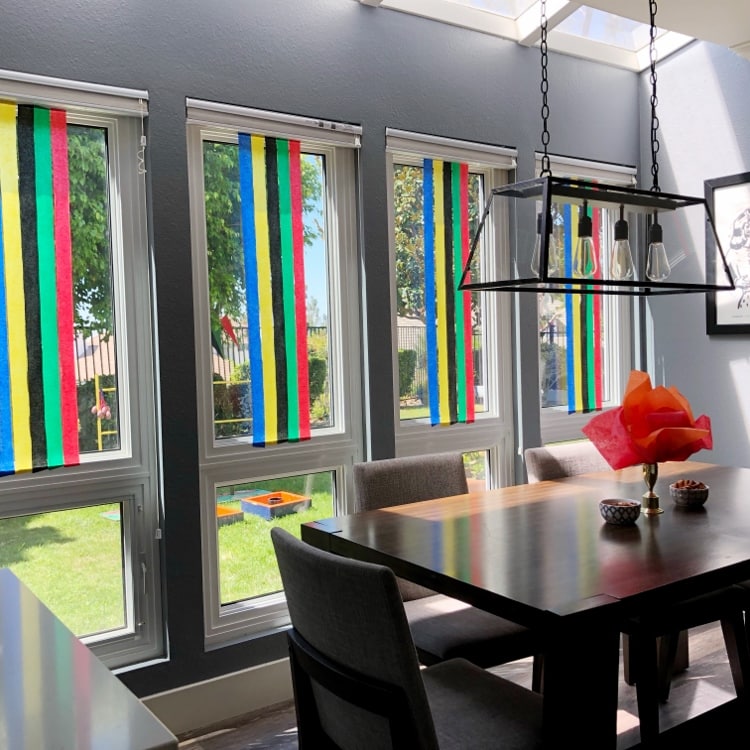 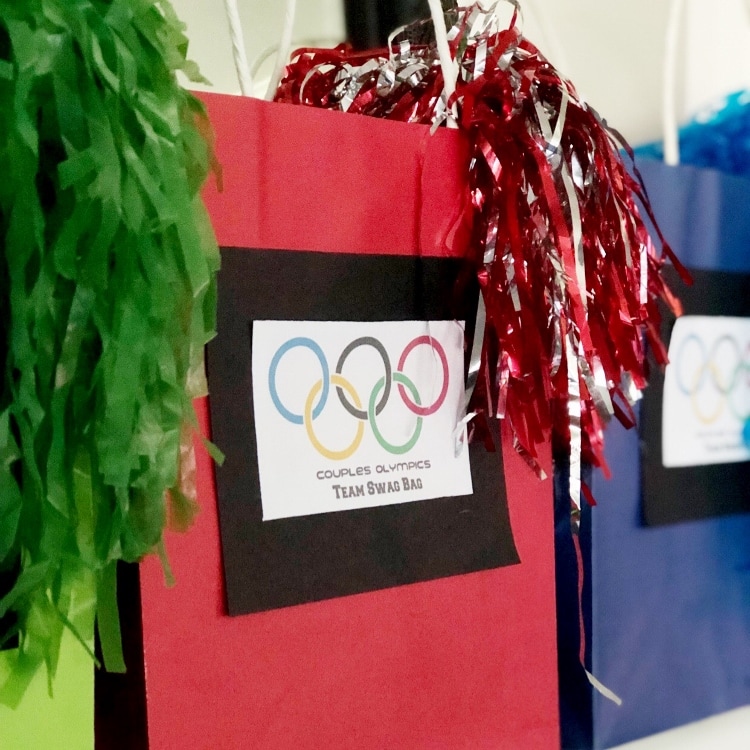 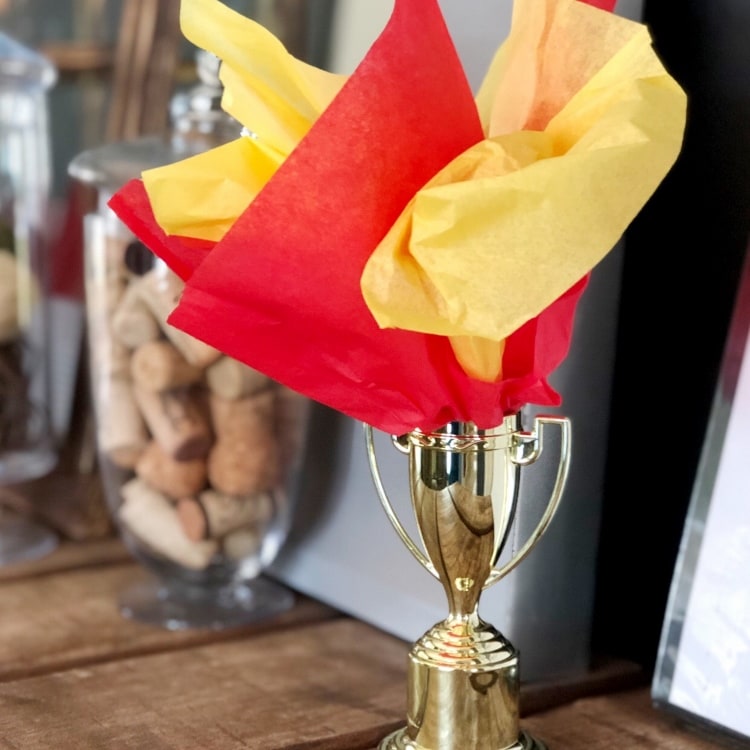 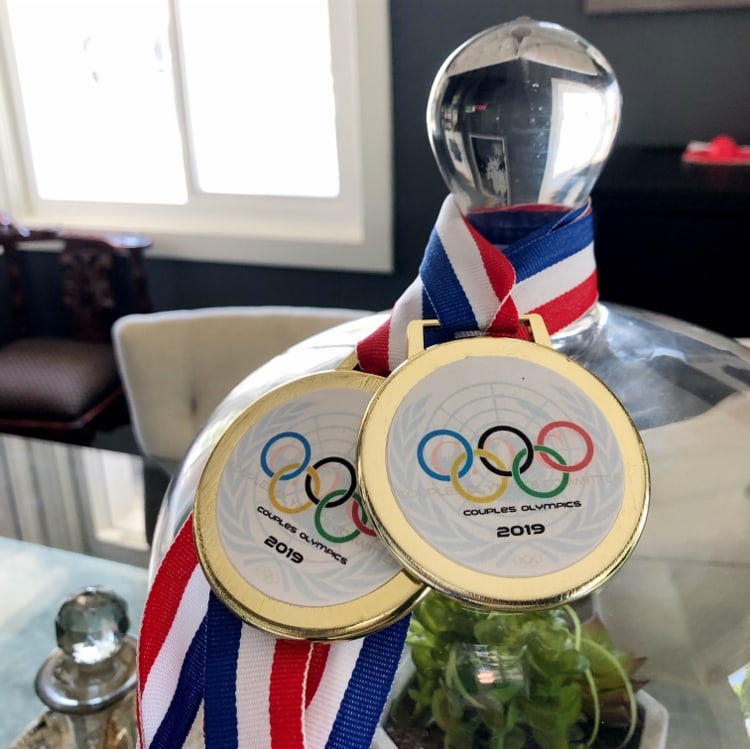 In case you missed them, here are some of my past Couples Olympic posts.

Check out this super cheesy video of this year’s Couples Olympics 2019 shenanigans.

If you wanted to throw a party yourself, I thought I’d share the events and rules we used in case you want to copy it! 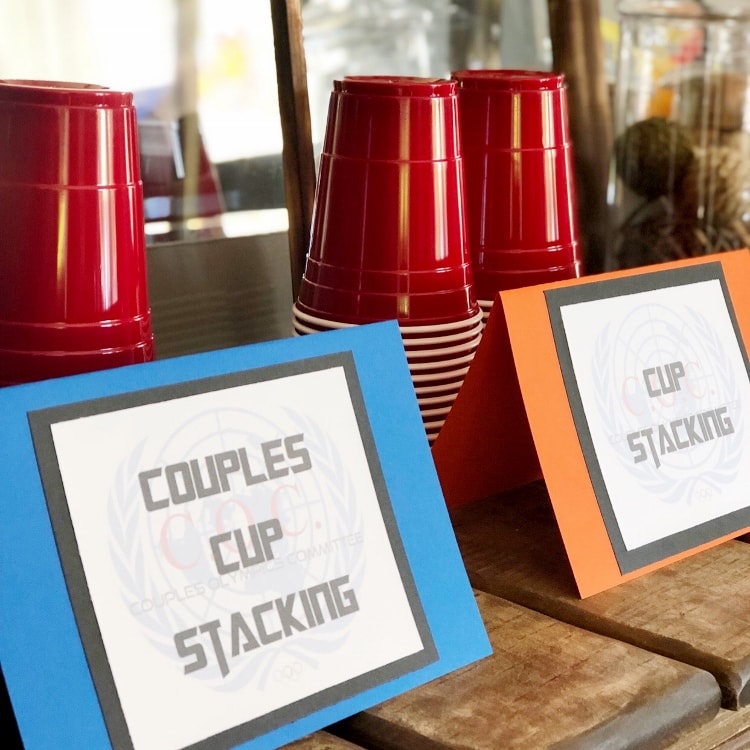 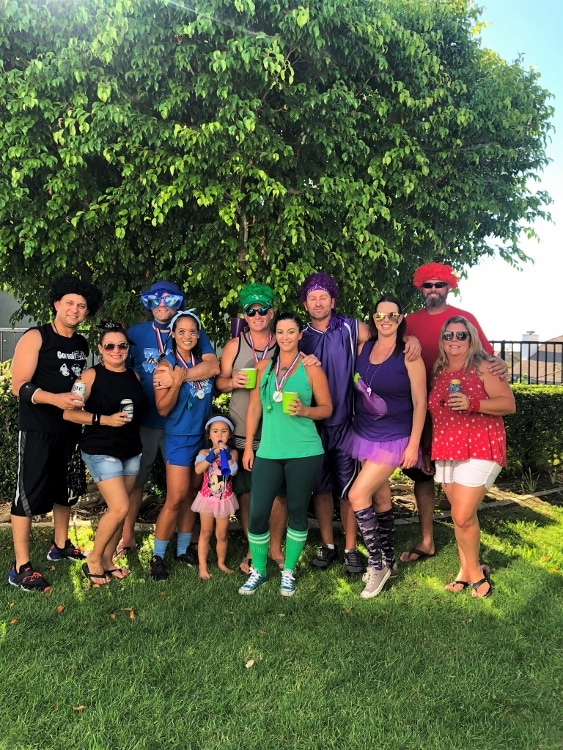 I hope you try it out and start this tradition with your friends and family! 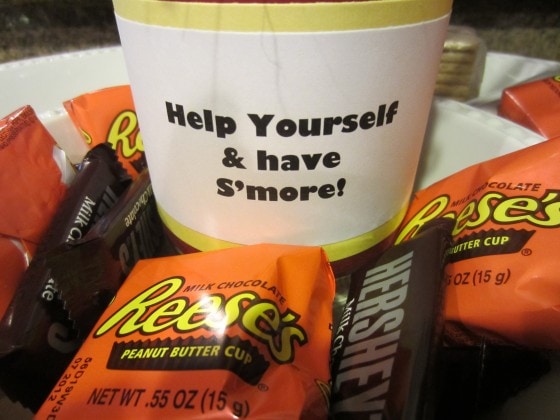 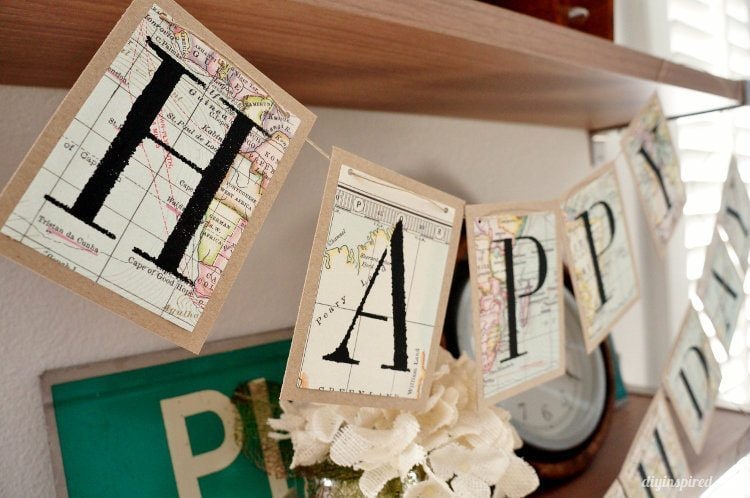 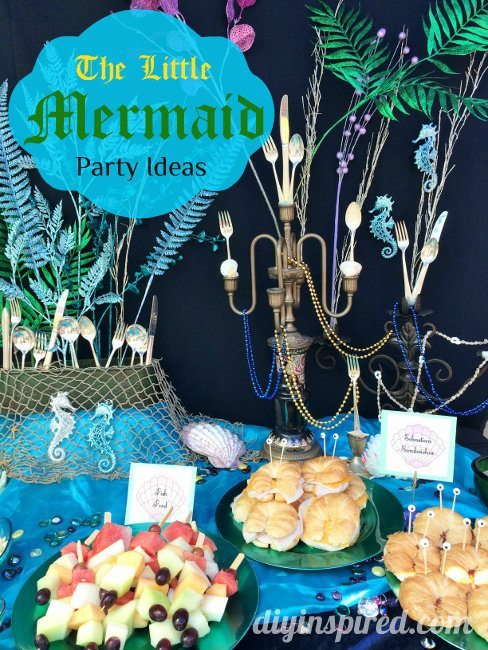 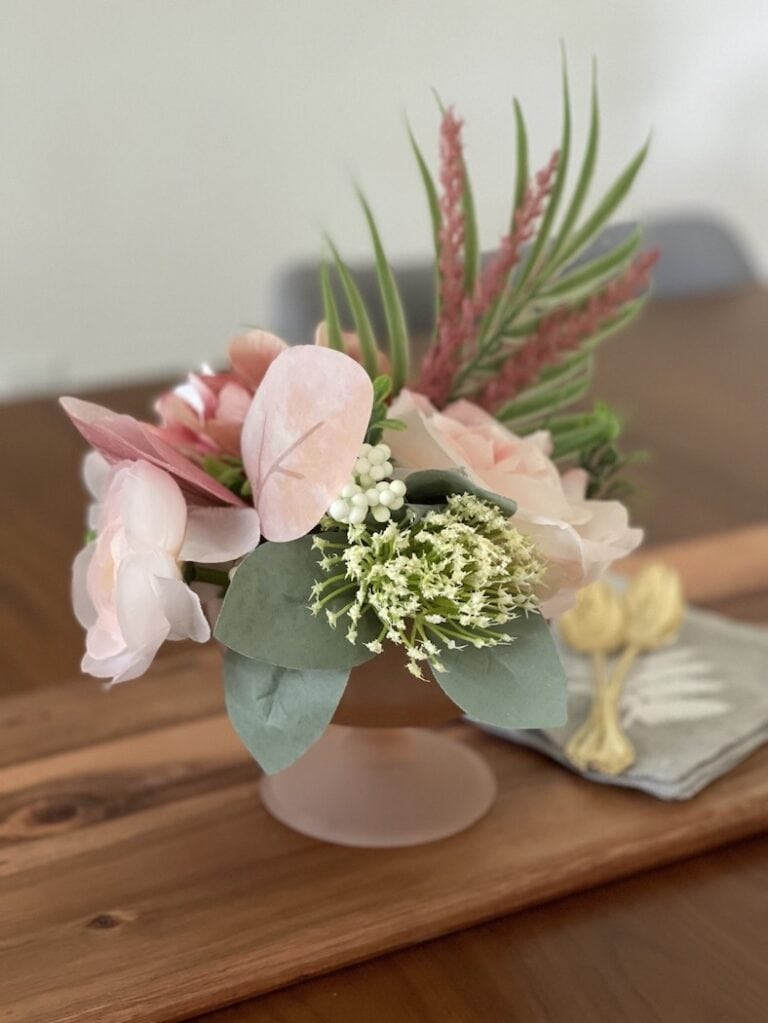 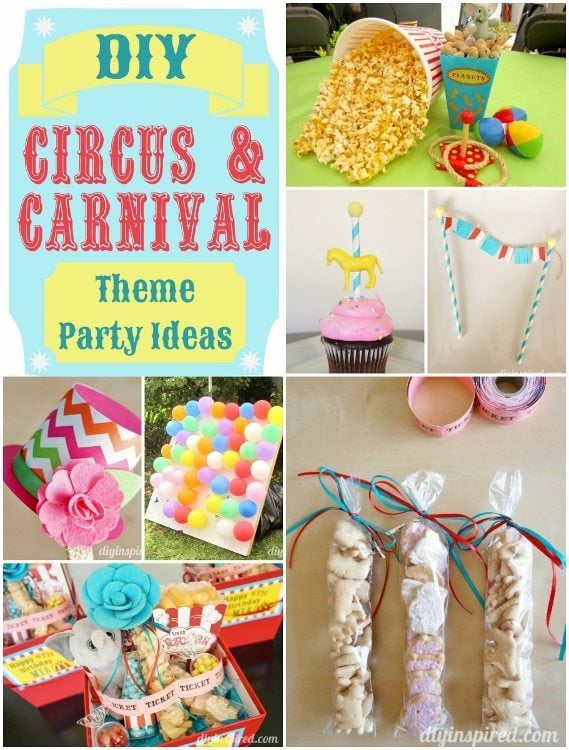