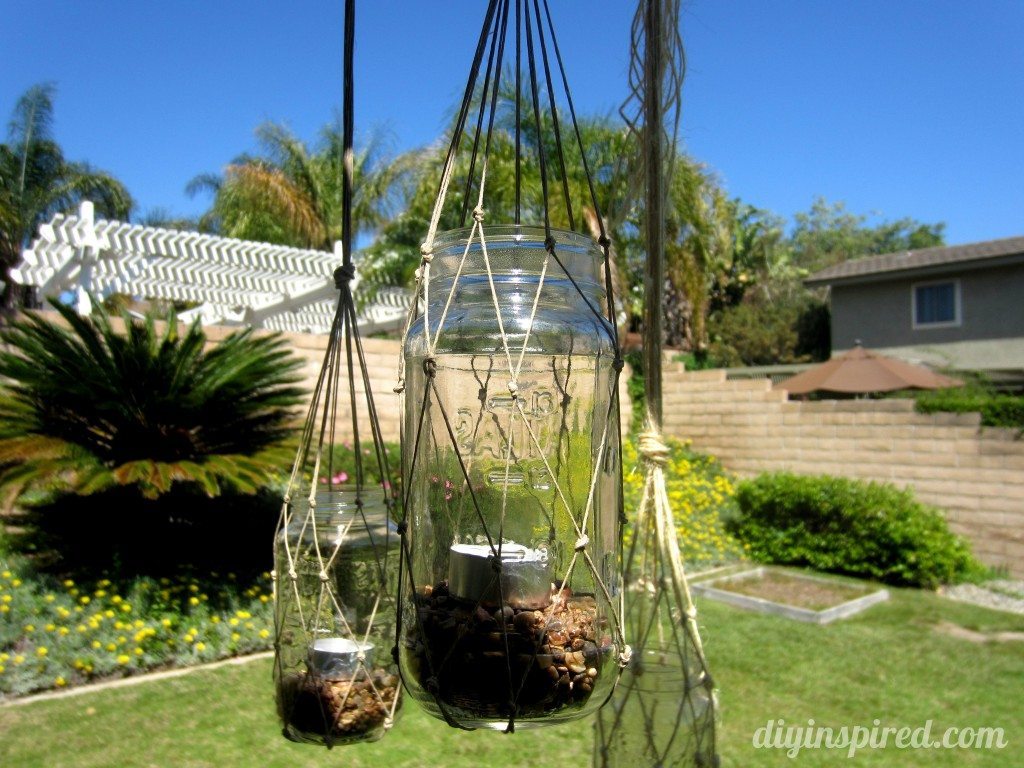 I’ve seen so many great Mason jar tutorials. I’ve even posted a few Mason jar projects like the Candy Mason Jar and Frosted Mason Jar. As you may know I heart Martha Stewart.  I was inspired by one of her episodes the other day. One of her guests made a Knotted Hanging Lantern. The second I saw it I thought, “I’m SO making that”.  In fact, I already had all the materials (for the most part). 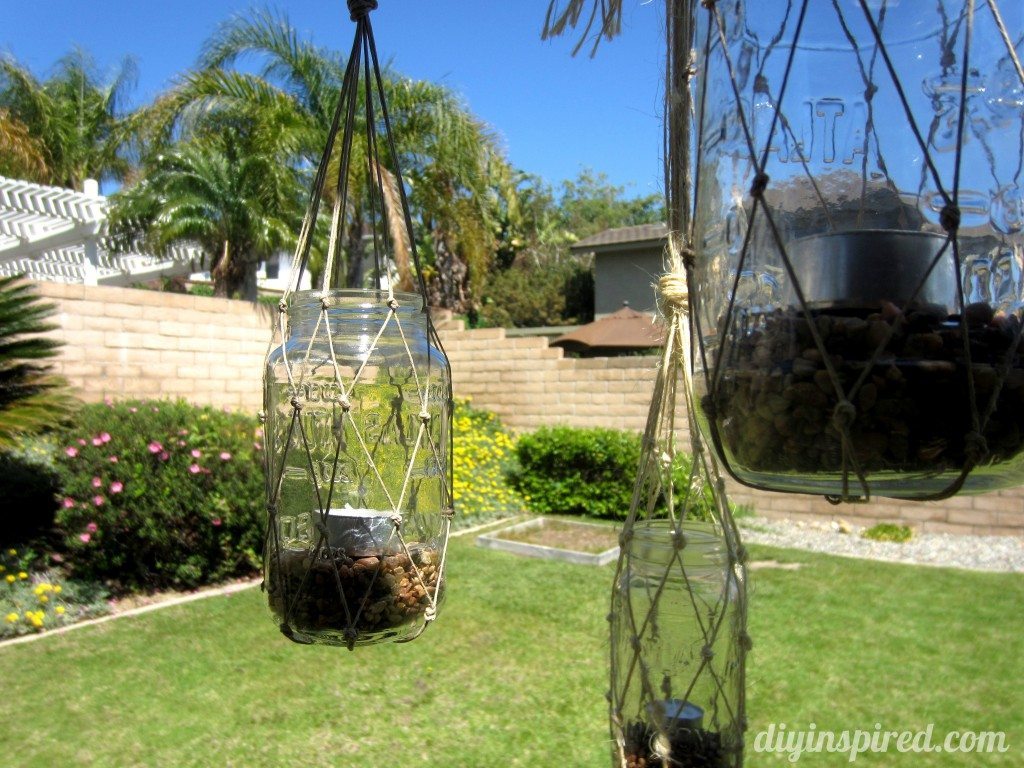 My FIRST mistake was that I watched the show while doing 100 other things, and did NOT read the tutorial online before I attempted this.  All I knew is that I had an old spaghetti jar and some twine and I was ready to craft. I tried two type os twine, and the one pictured below worked THE BEST by far! This project was so hard to take pictures for, so forgive me for showing you pictures with both types of twine

So, I remember that Martha’s guest said to measure across lengthwise times ten and then cut eight pieces, so you’ll end up with eight REALLY long pieces of twine.  Lay them across one another in two bundles of four.   Attempt to make a lanyard knot.  Below is my attempt with the crappy twine… (Don’t worry there is a diagram on Martha’s site). By the way, my second and third time doing this with the Hemp twine

, I only measured lengthwise times six… much better! 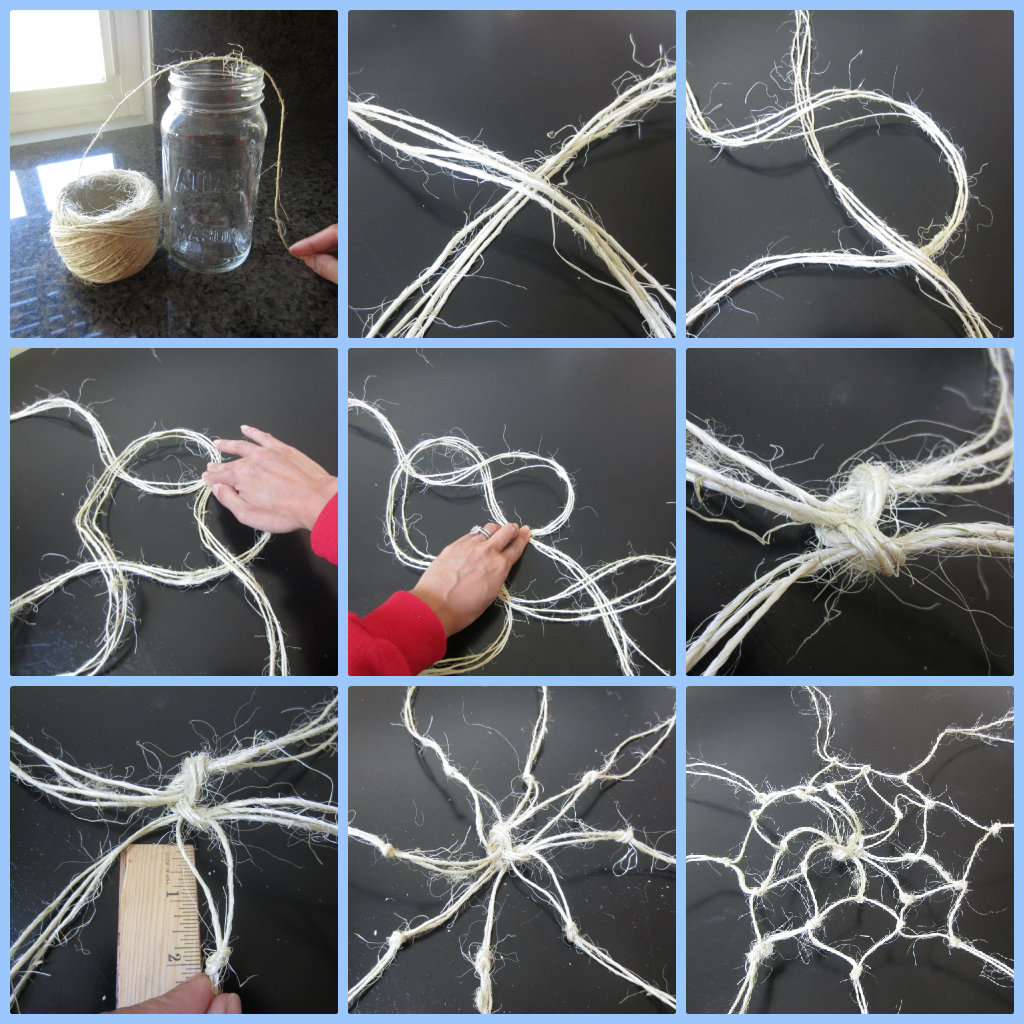 OK, now what they DIDN’T tell you was that this part was so hard and frustrating because your string is SO long.  I practically broke a sweat trying to do this part.  On the show, they made it look so easy, but they only used short pieces for demonstration purposes. Ugh!

Measure out the desired length (in my case 2 inches) and tie a knot with each adjacent string.

Continue tying knots…below are a few pictures using the Hemp twine.  Insert your Mason Jar or whatever vessel you choose (recycled is best!).  I tied a knot, a few inches above the lip of the Mason jar, and a second one closer to the top.

I inserted a tea light

.  Here are a few pictures. 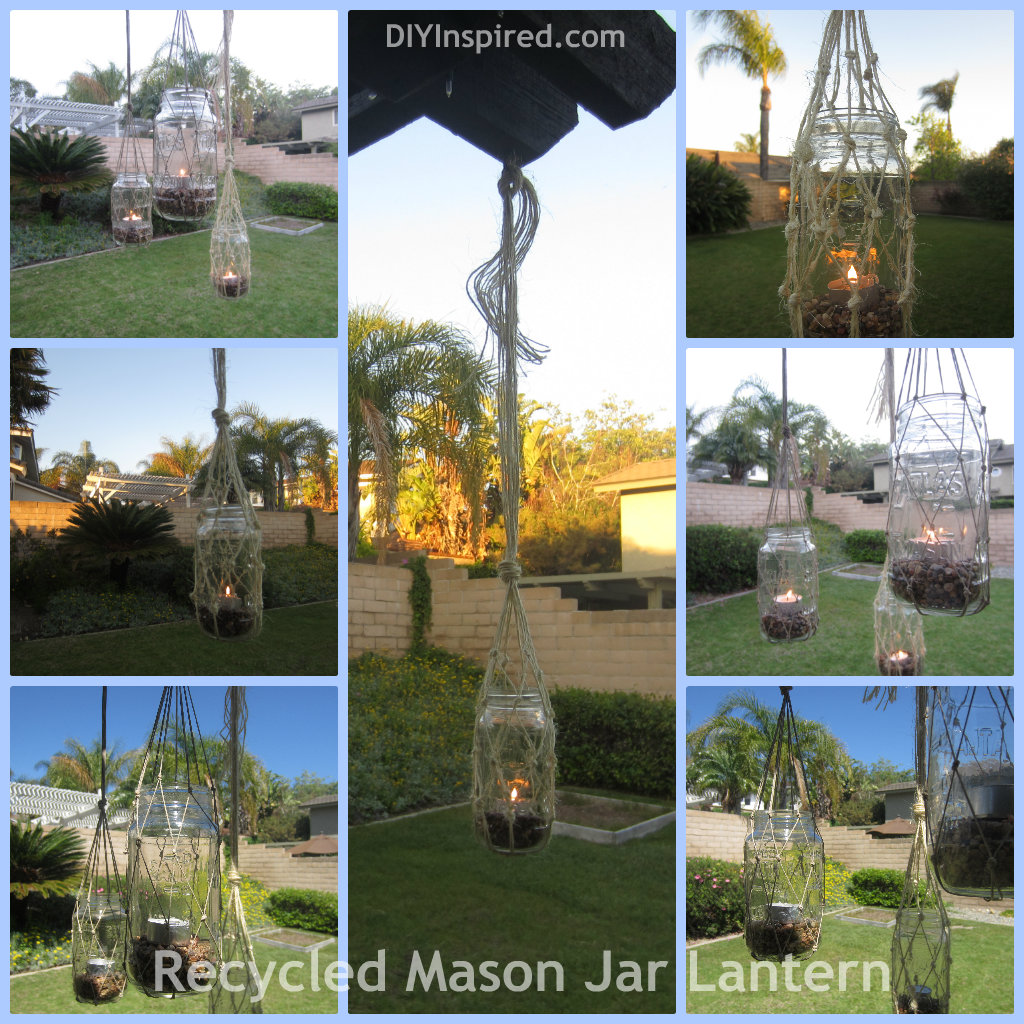 If you want the actual Martha Stewart tutorial, here it is.  It’s WAY better than mine!!! 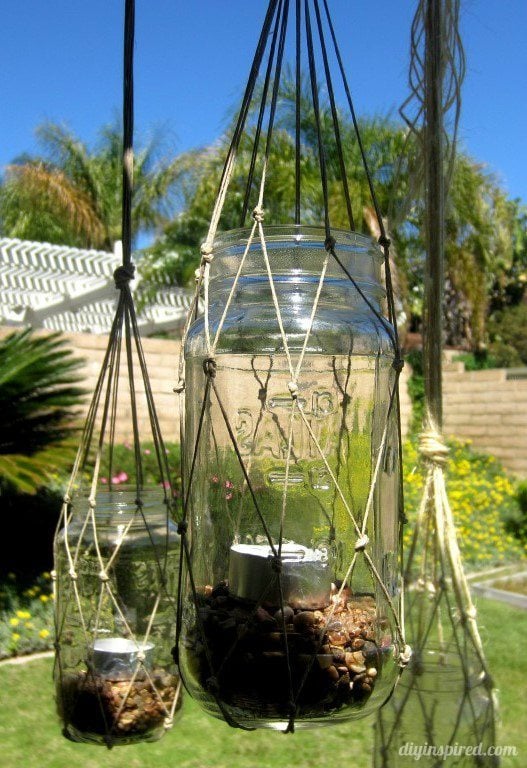 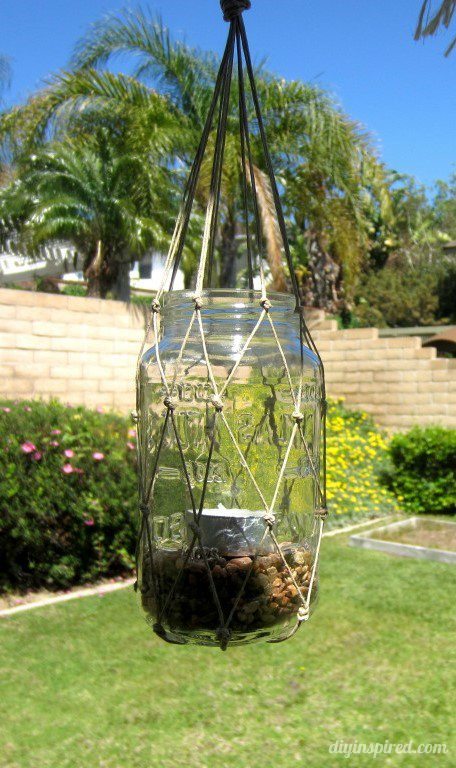 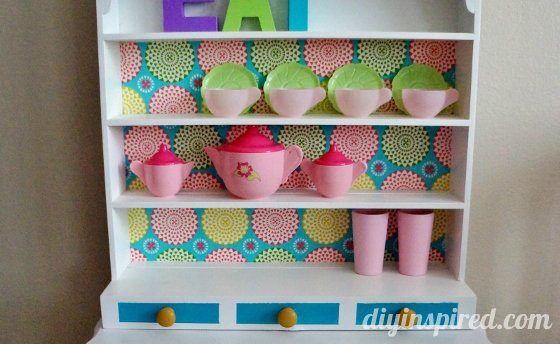 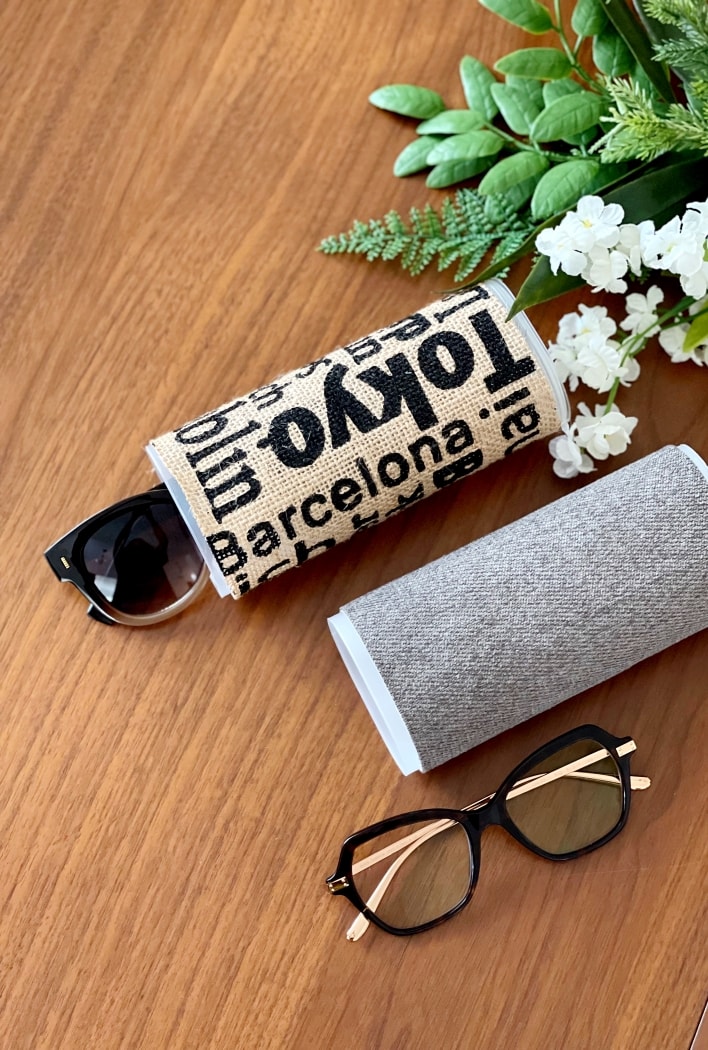 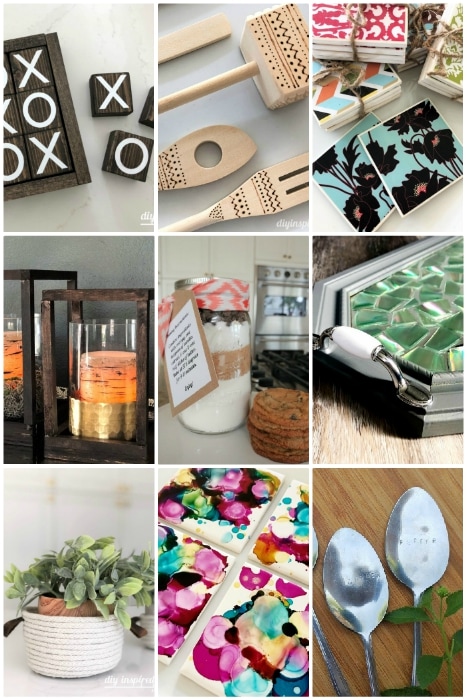 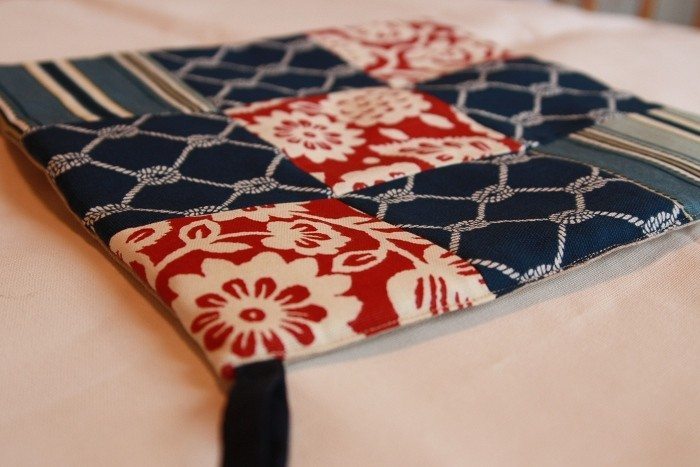 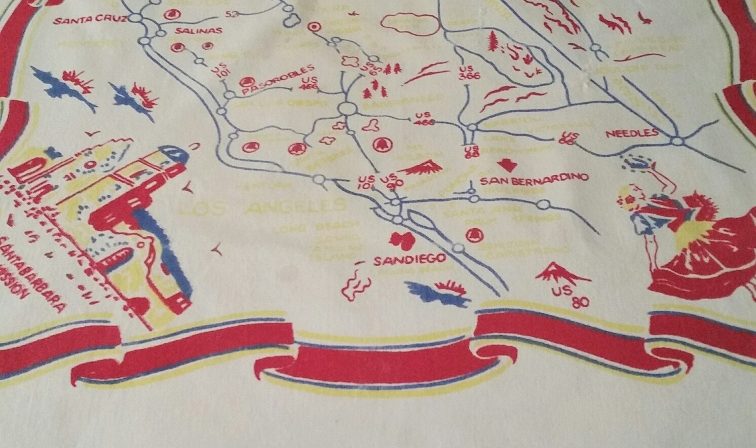 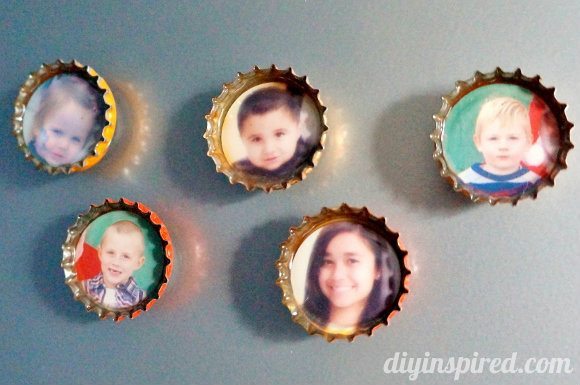