A couple weeks ago we celebrated our summer Couple’s Olympics where we watched the Olympics and had kid’s games and crafts as well as adult party games.  It was a blast. Since then, however, I didn’t get a chance to share the food spread we had. Even though the Olympics is over, I figured football is starting so I might as well share what we prepared. So, here are some quick and easy party food ideas.

When the guests arrived I had some appetizers set out so that they could munch while we played games. Since the kitchen island is large, I spread out all the appetizers on both sides of the island. 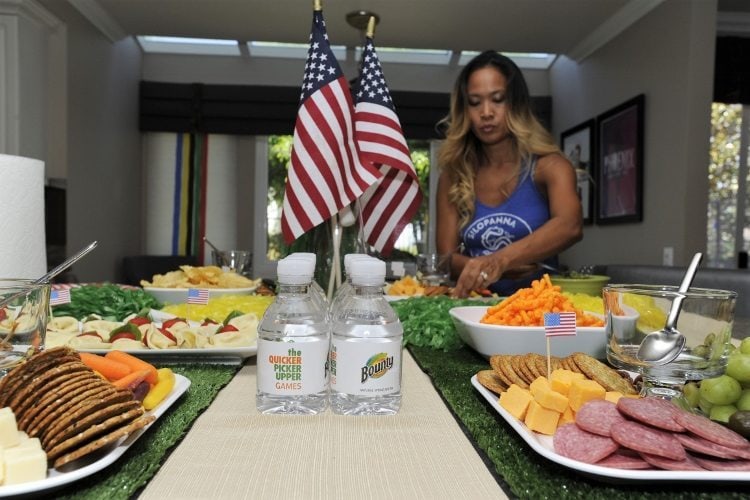 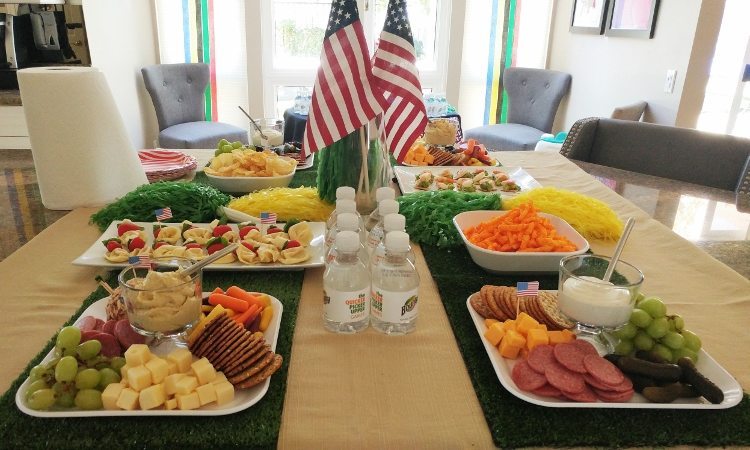 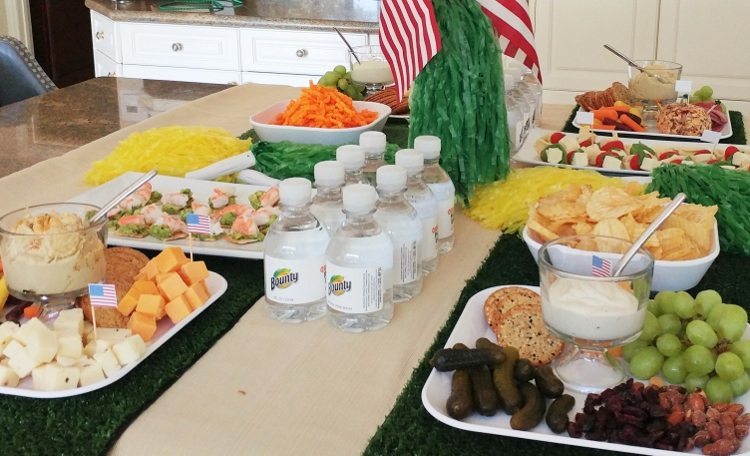 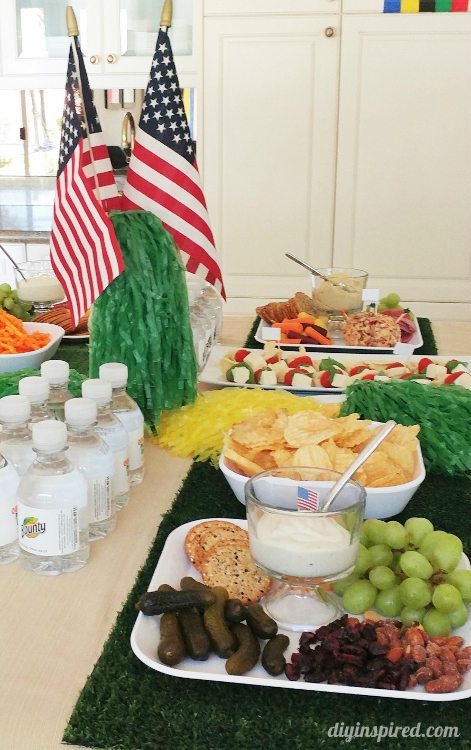 I decorated the island with American flags 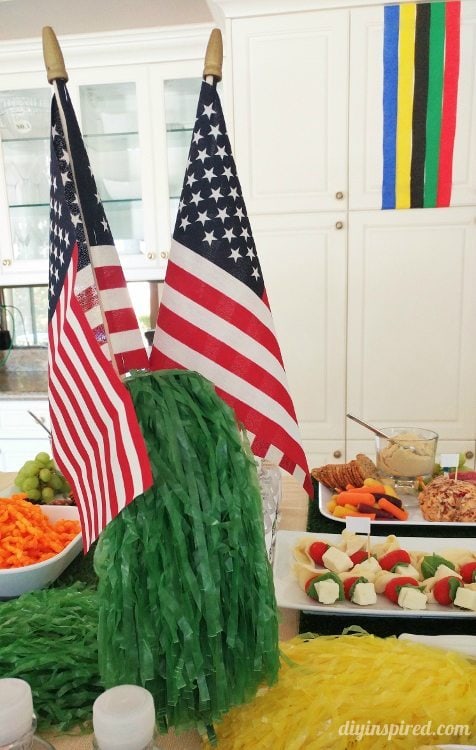 I mixed and matched everything so that all of it was easy to reach. I also had small water bottles available. 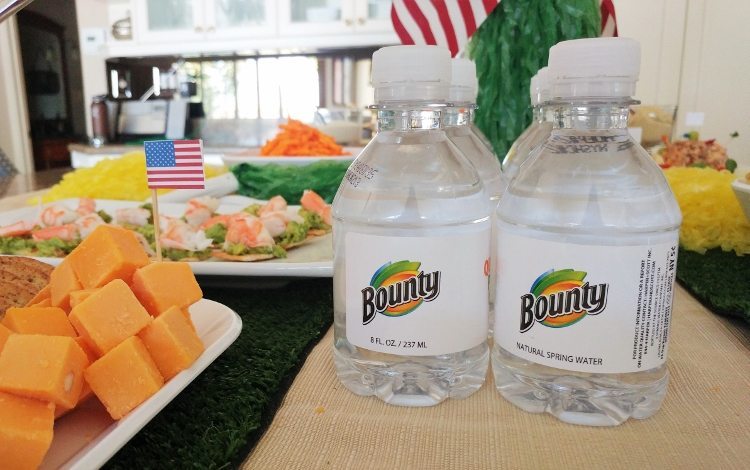 I also made skewers with four cheese tortellini, cherry tomatoes, basil, and cheese. 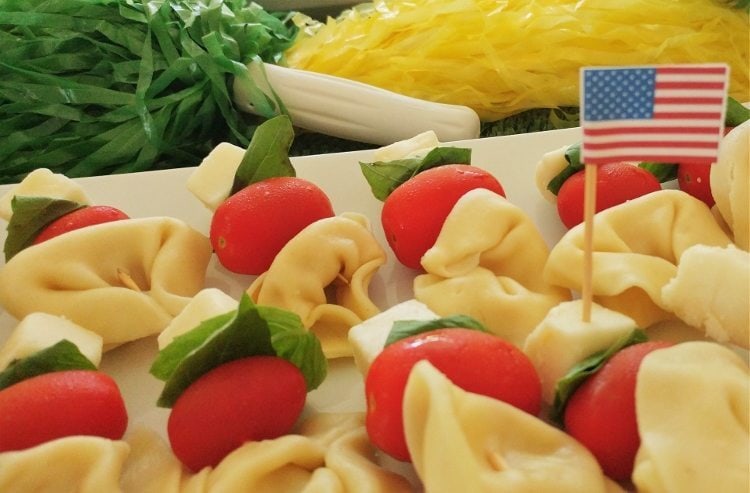 The shrimp and guacamole crackers were a hit. I made a small batch and then made a fresh batch an hour or so later. 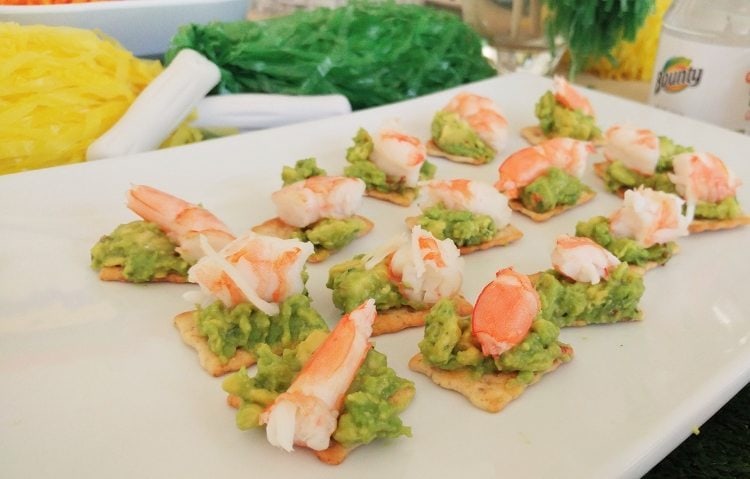 For dessert, everything was store bought. I kinda sort of like to bake, but not really… haha!! A bonus however, was that all the desserts you see here on this table was less than $20 total. I had cookies, cupcakes, brownies, lemon cakes, and candy. 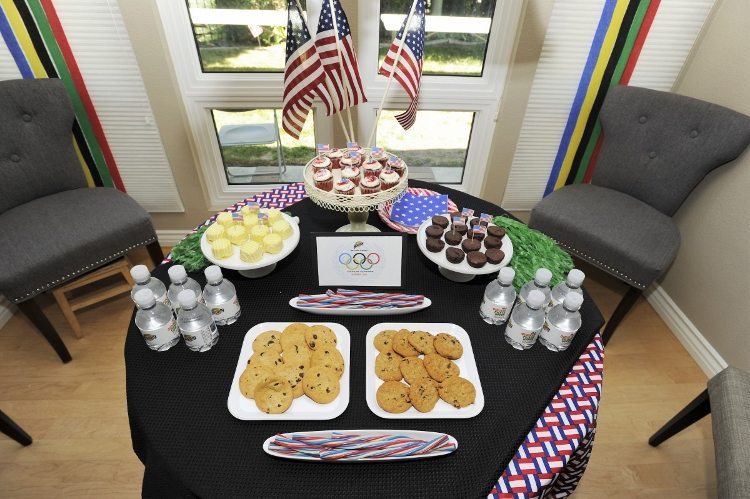 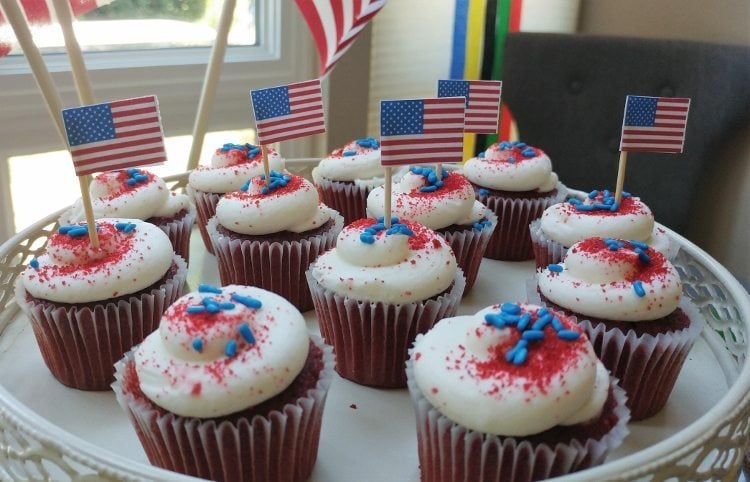 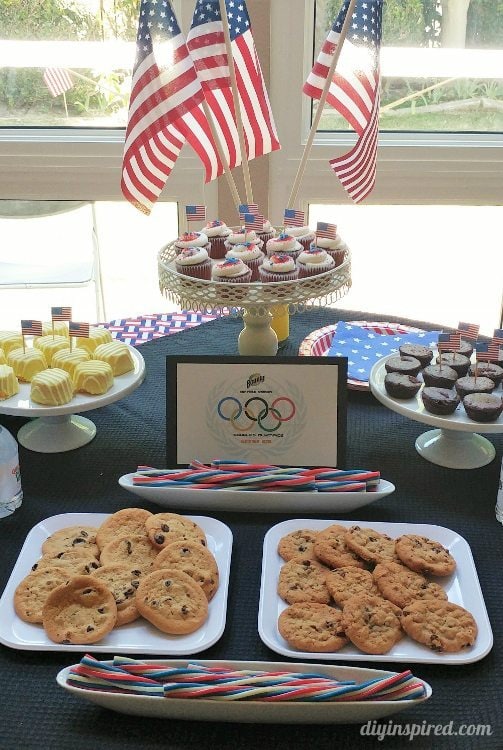 The party was so much fun. Everyone worked up a pretty good appetite once we had the kid’s activities and adult events. Be sure to check those out.  Soon I will get around to sharing the Couple’s Olympics decorations for this year! Stay tuned!