How to Make Headless Man and Headless Woman Costumes

This post, Headless Man and Headless Woman Costumes was originally published on October, 10, 2011 but has since been updated and improved.

The older I get, the more I love being “scary” things for Halloween.  I decided to be a headless zombie this year.  Searching the web for ideas, I came across some pretty good costume ideas.  My inspiration for this project was mainly from author, connielim_2000 from instructables.com and from Make Magazine, an article about Nicole Magne’s headless Marie Antoinette costume.  I read both awesome articles and made tweaks of my own to fit with what I had to work with.

These are by far the coolest handmade costumes I have made to date. They were surprisingly very easy to make.  Here is how I made my headless man and headless woman costumes for my husband and me.

This list contains affiliate links for recommended products I use.

Purchase your materials. Finding the torso dress forms on Craigslist saved a lot of time and money. I found a great contact in Santa Ana, California called The Competitive Store.  Call them directly and ask for Jenny for the clearance items. They have awesome service too.  I also got the back packs on sale a few weeks after school started for $5 each at Big Lots. 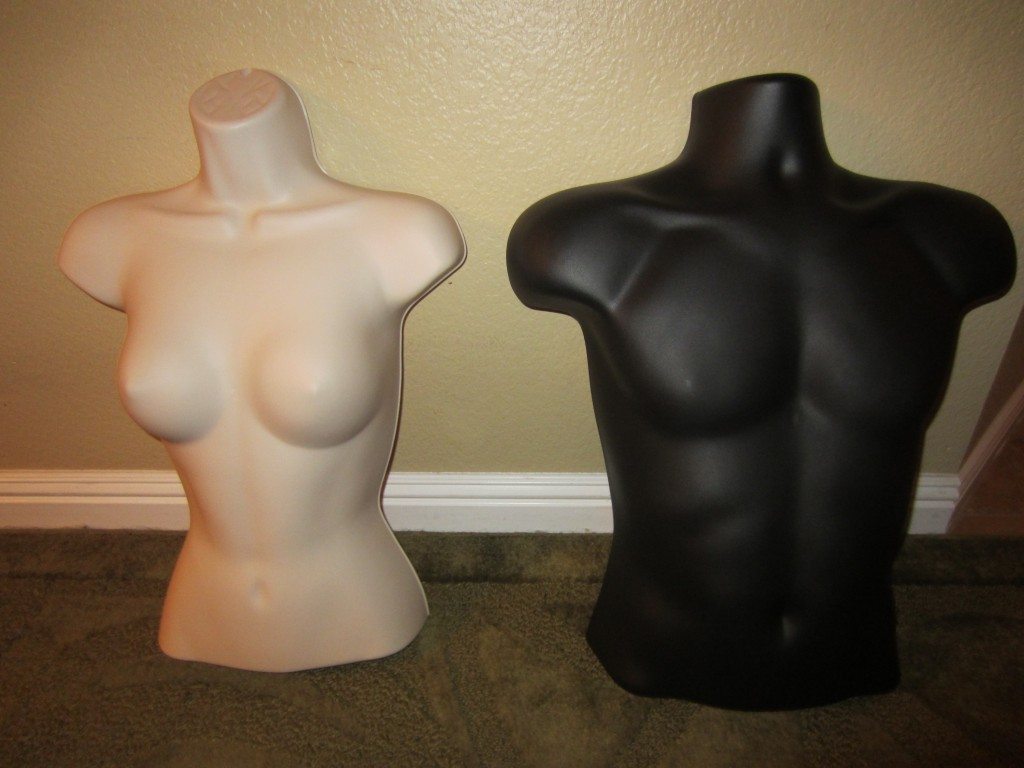 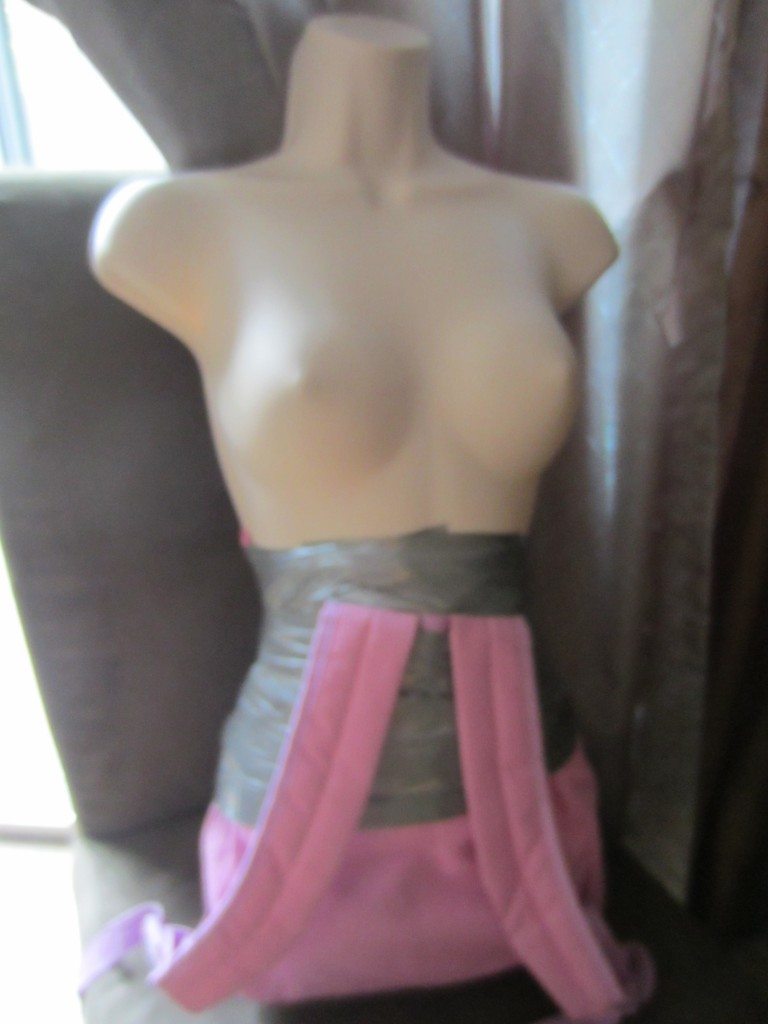 I used half of a paper towel, dampened it, and arranged it on top of the neck of the dress form to look like guts.  I saturated it with decoupage medium and coated it two times.  Make sure you allow it to dry in between coats. Paint it with a deep red acrylic paint. 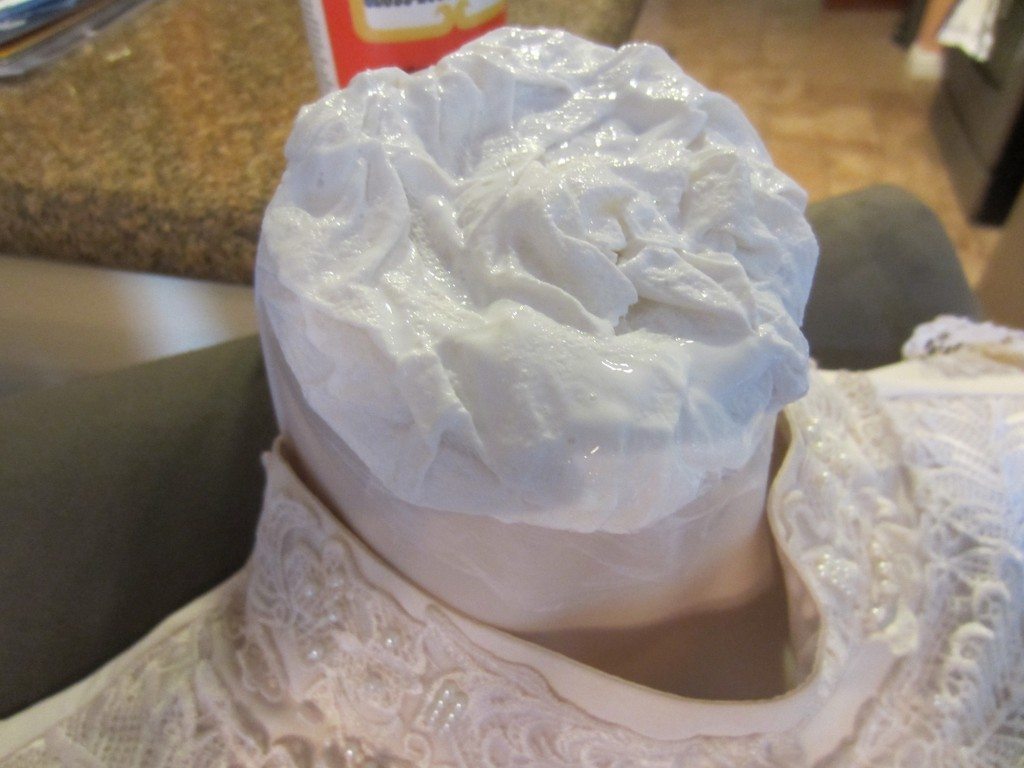 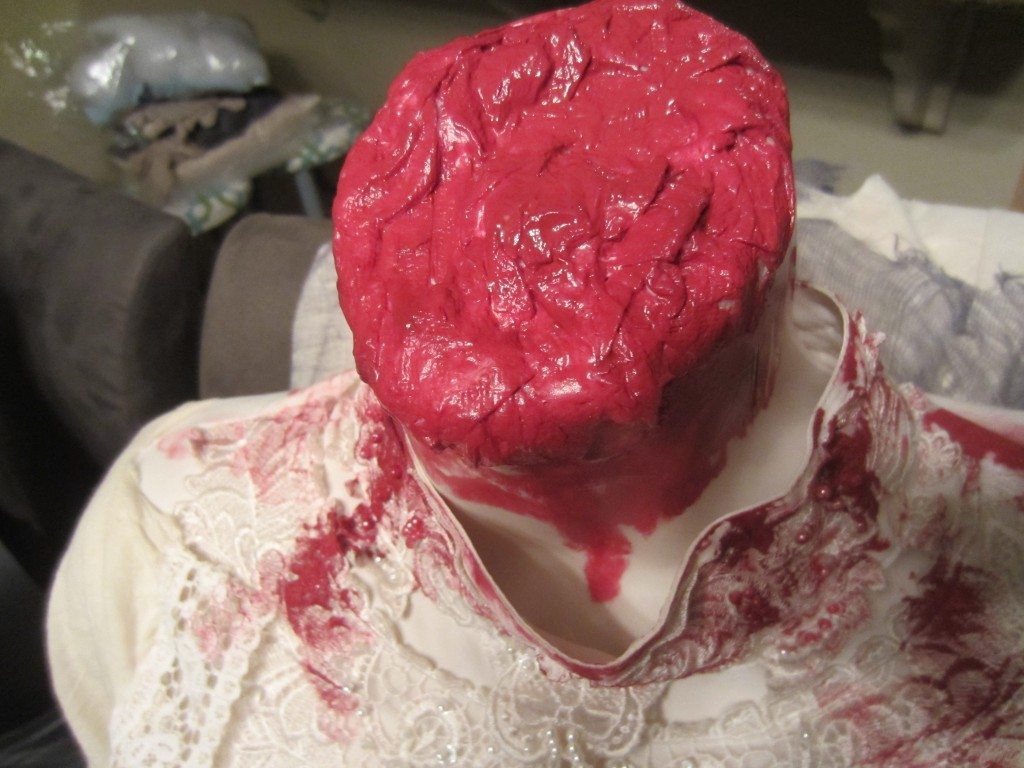 I bought a package of spiders and bugs from the 99 Cent Store and glued them to the neck and shoulders. 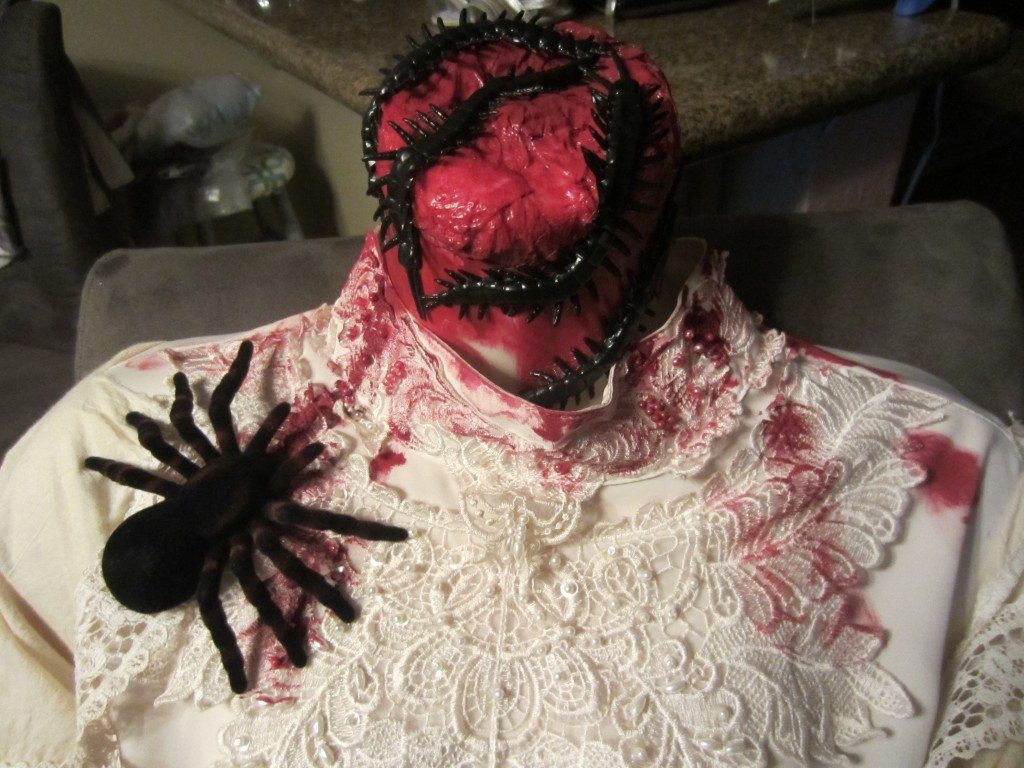 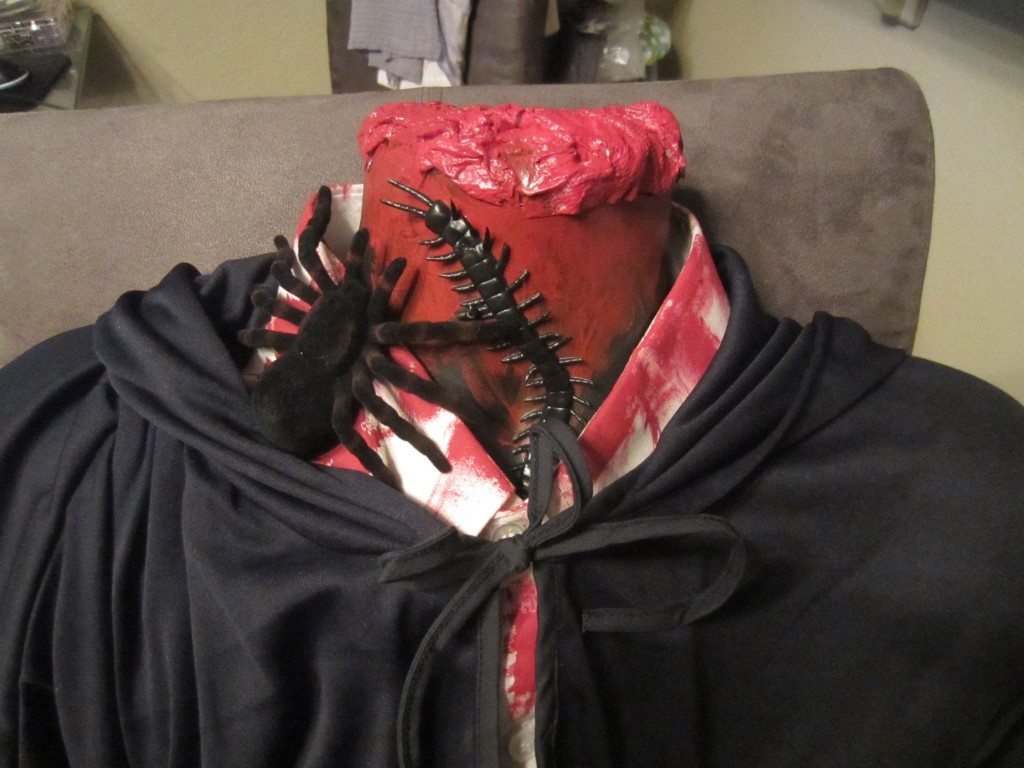 I spent less than $5 at the thrift store as well as dug up some old clothes and tea stained them to give them an antiquated look.  I also embellished the costume with Halloween gauze from the 99 Cent Only Store and also found some of my past Halloween costumes in the garage to use as well. For example, I used a Grim Reaper cape for the headless man.

For the woman, I used two thrift store blouses and two long skirts. Both blouses were on the form, one skirt went over my arms, shoulders, and back pack, and one skirt I wore normally. 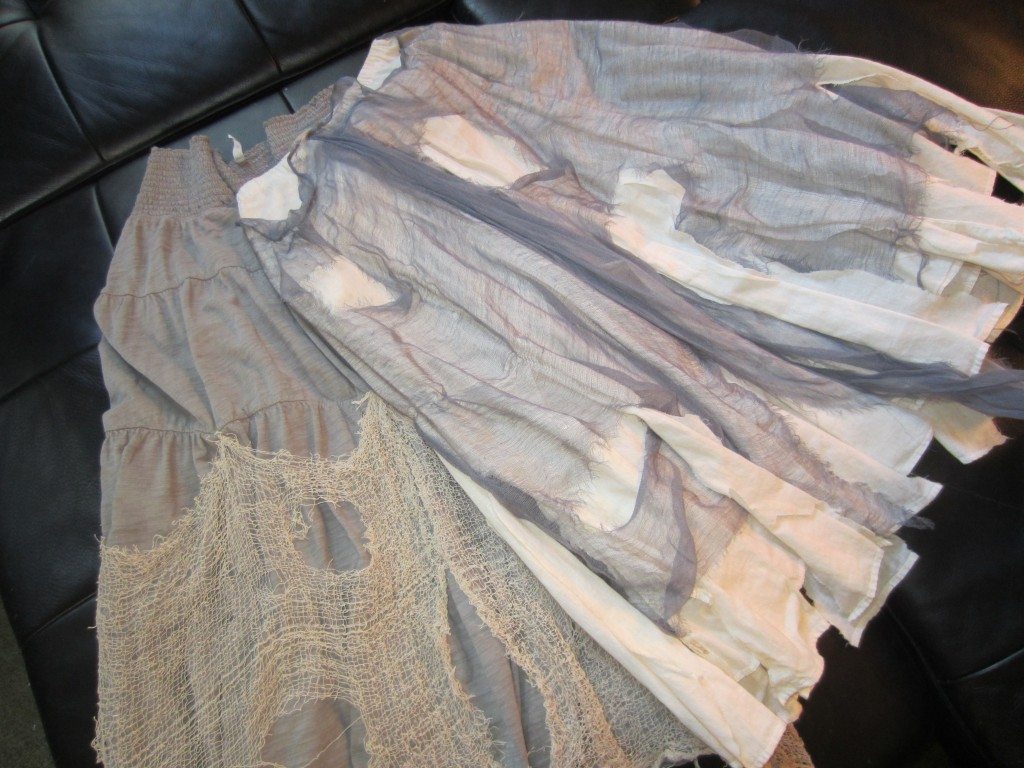 If you go with the blouse and shirt (as opposed to a long dress), you have to cut a slit up the front of the shirt, so the back of the costume will look right. 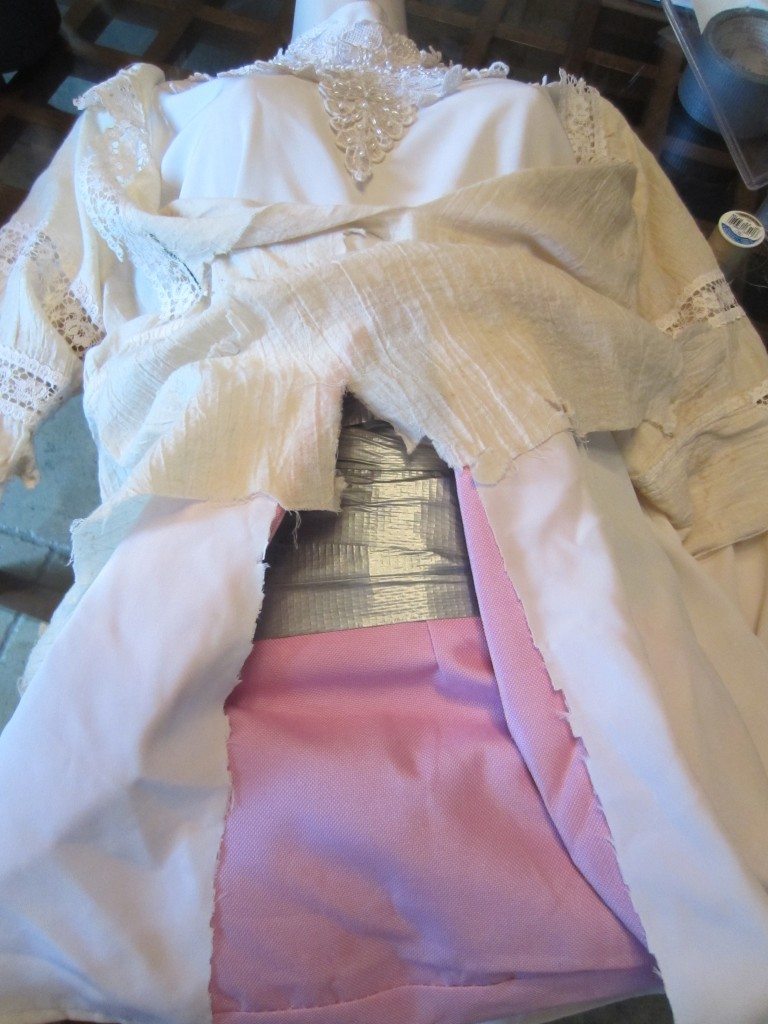 For the man, I used an old men’s dress shirt and a Grim Reaper cloak.  With the costume on him, I cut the hole in the cloak for my husband’s head.

Dress your form and lightly stuff the arms and gloves.  I used left over polyester fiber fill from an old pillow project and stitched the gloves to the end of the sleeve. I also stitched the fingers to the shirt and used a deep red acrylic paint to splatter all over the hands. 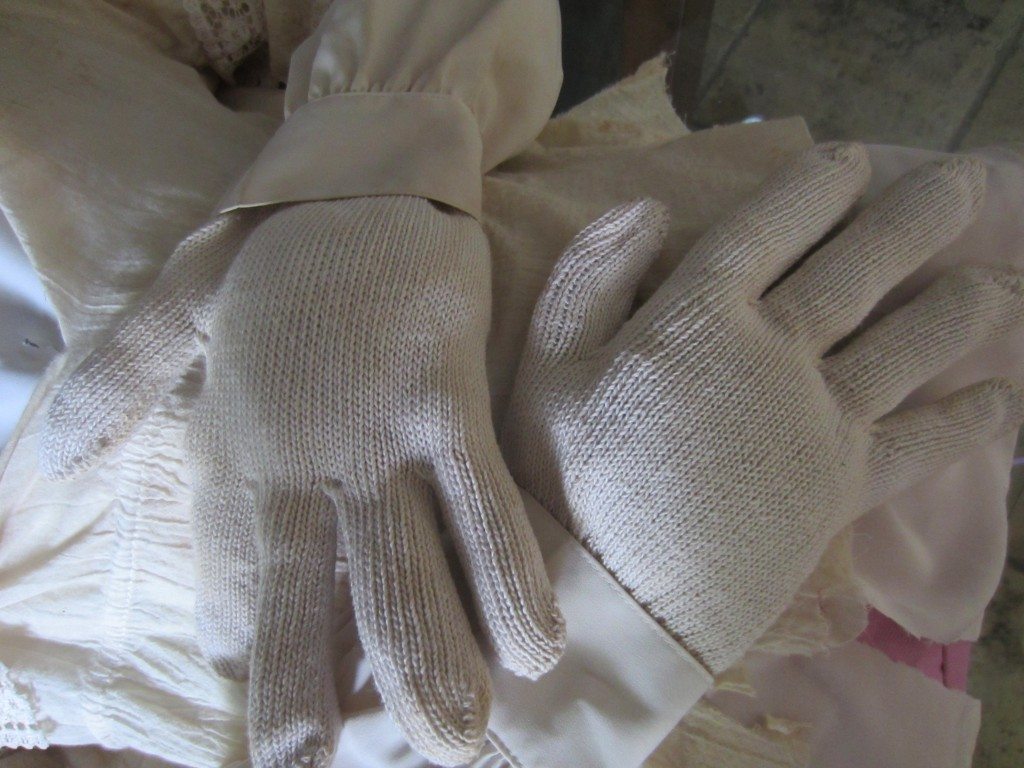 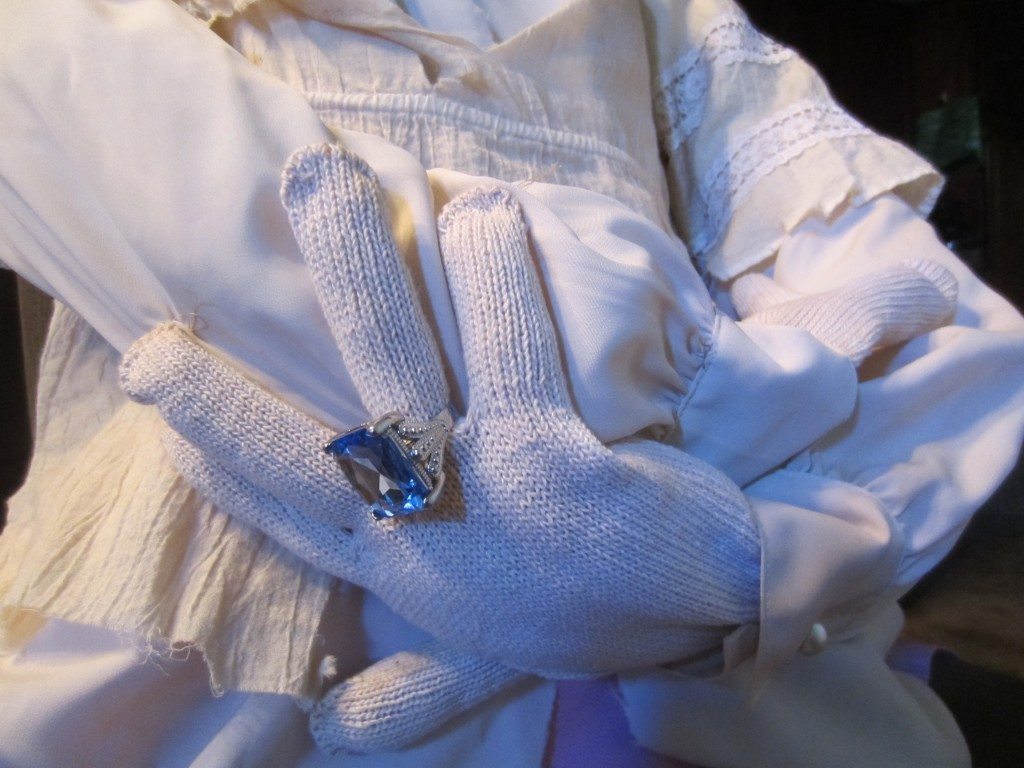 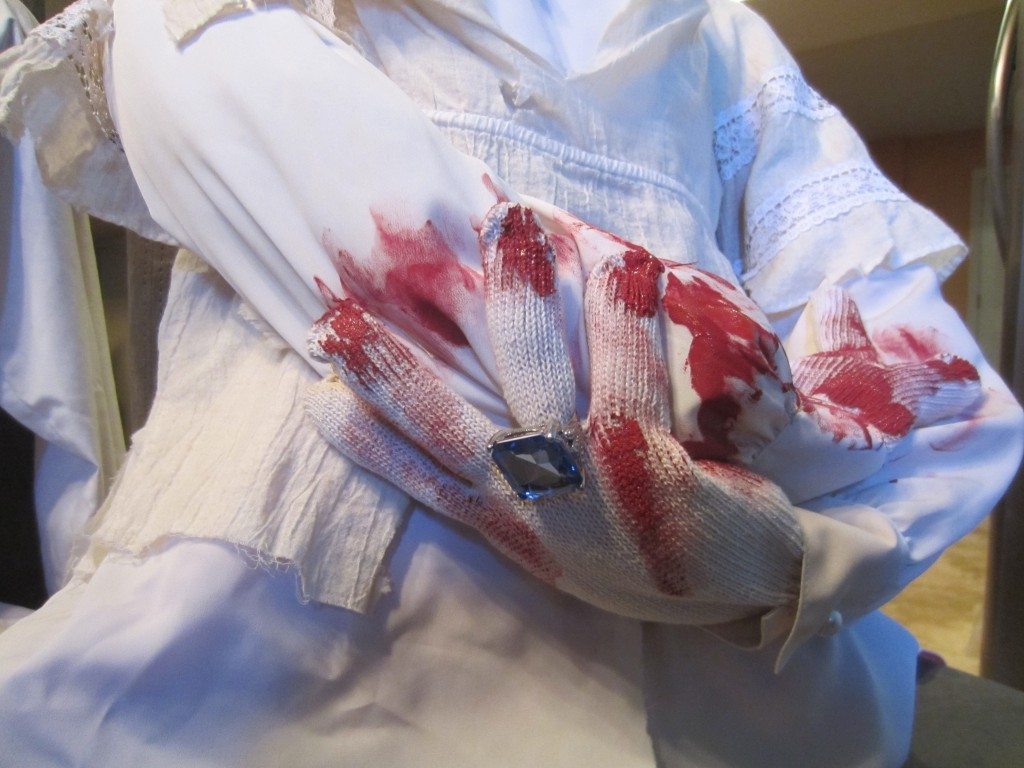 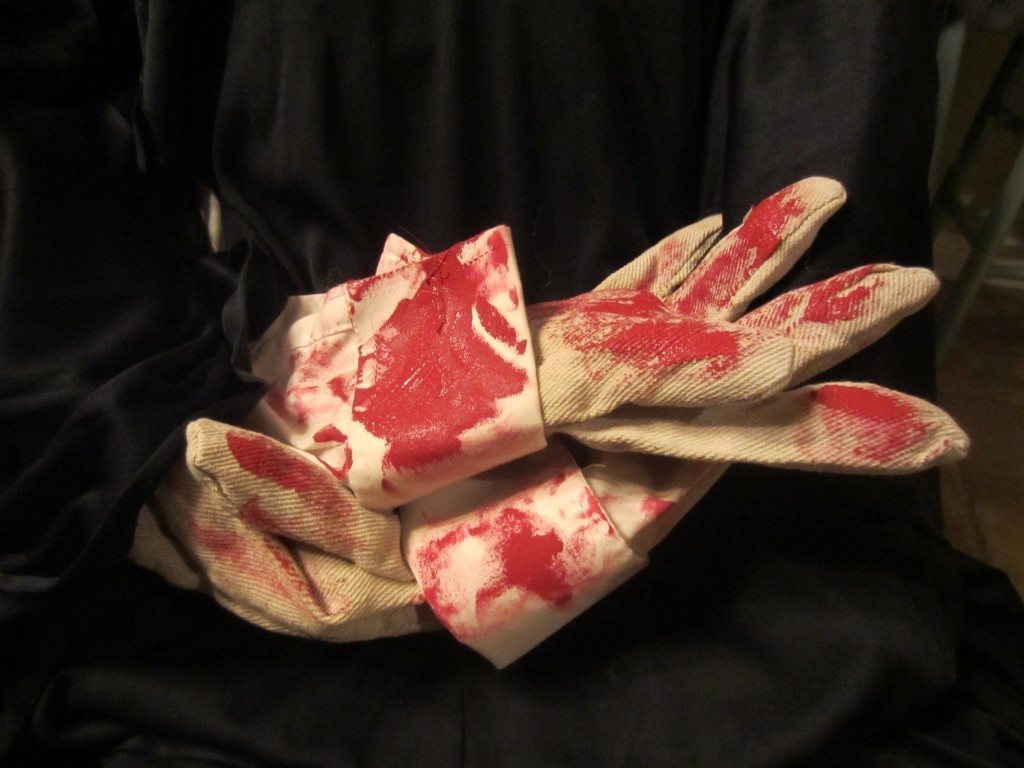 During the process it helped that my husband and I tried them on several times to get the right height, fit, etc.

Here are some after pictures of my headless man and headless woman costumes. 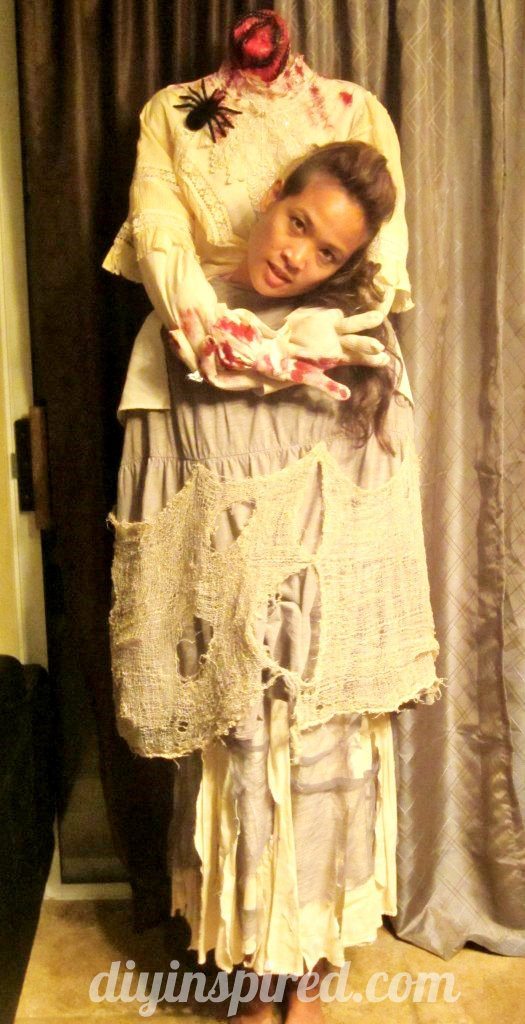 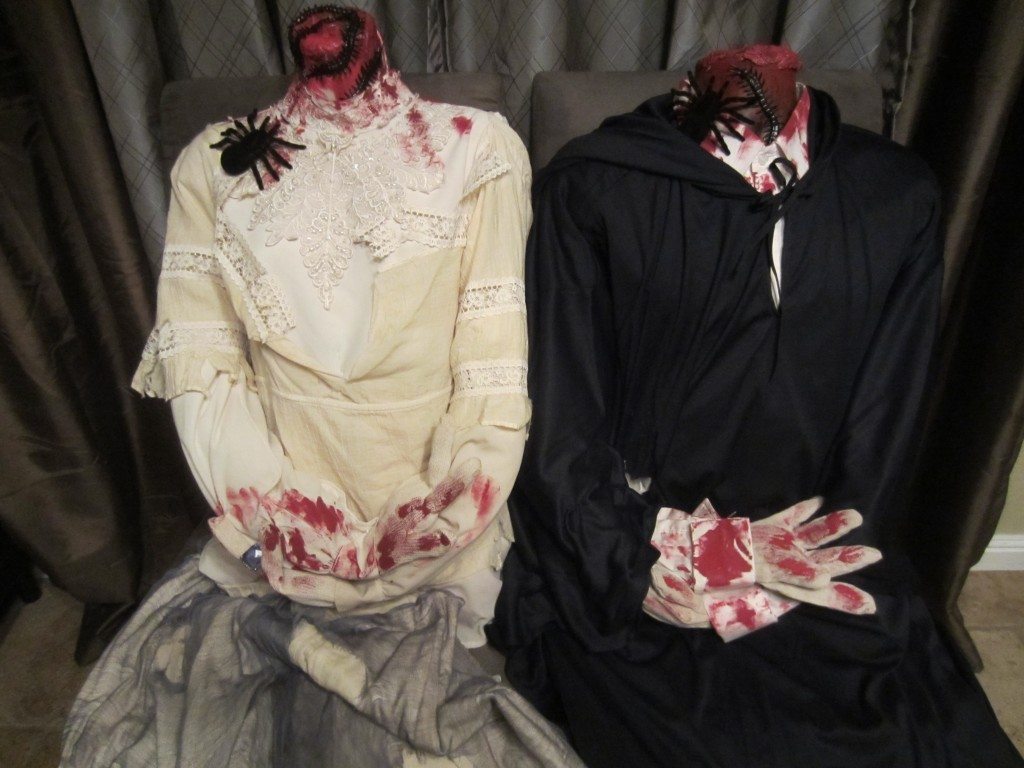 My hubby was on crutches (not part of the costume). 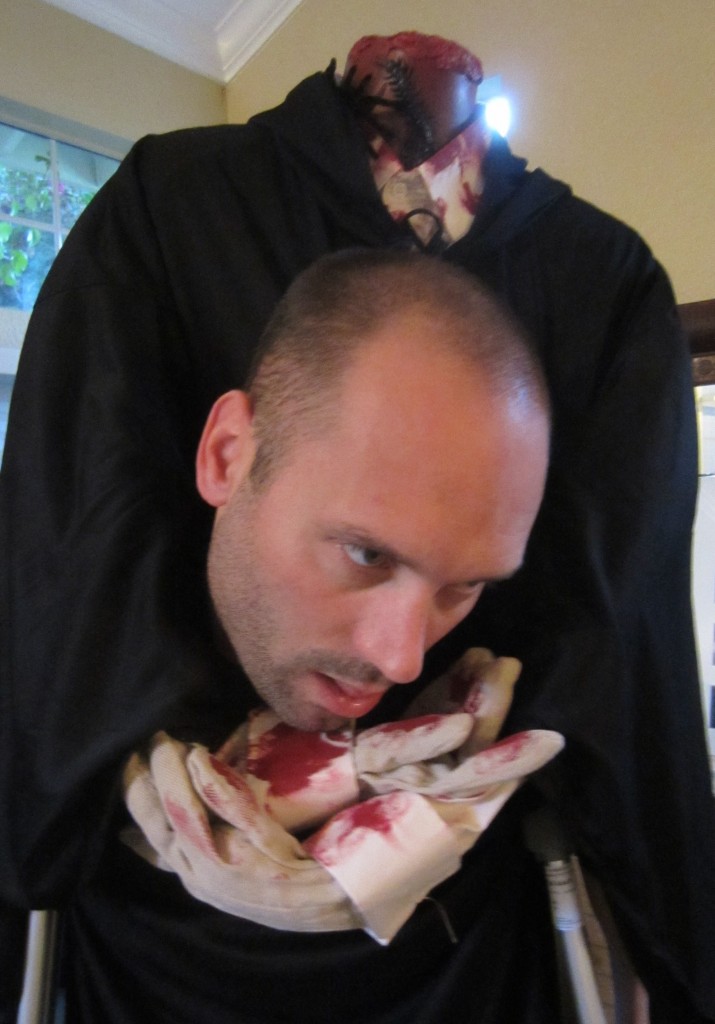 These were our costumes in the trunk on the way to a Halloween party.  Just thought this one was funny… 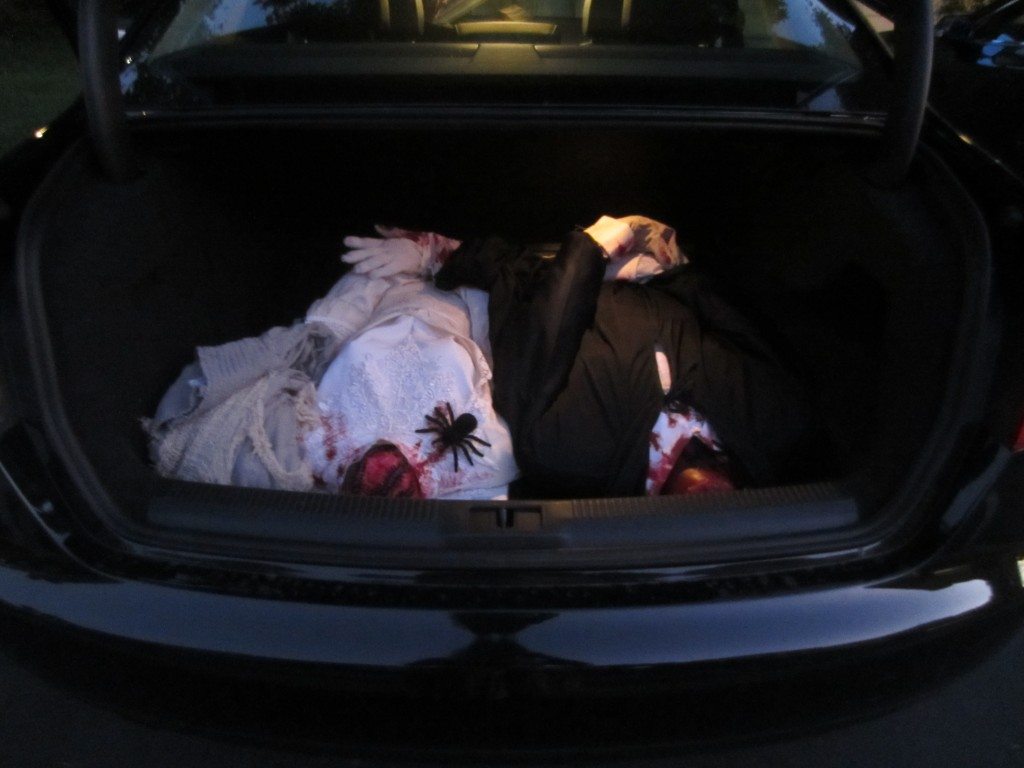 Check out some of my other favorite DIY Halloween Projects: 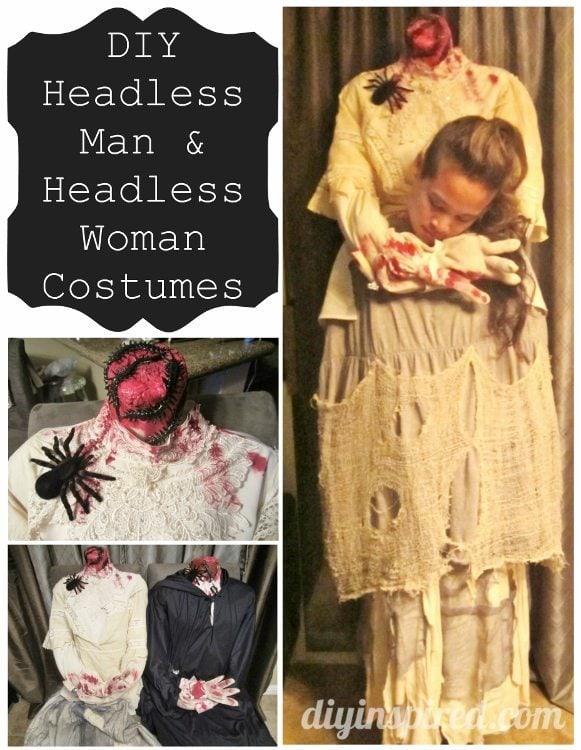 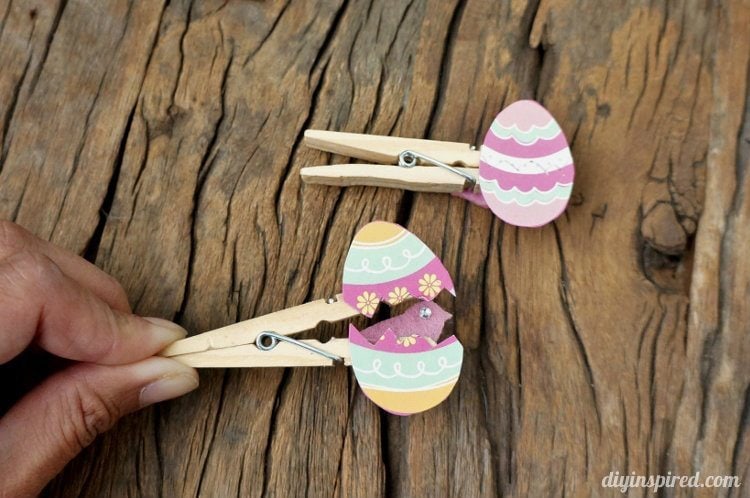 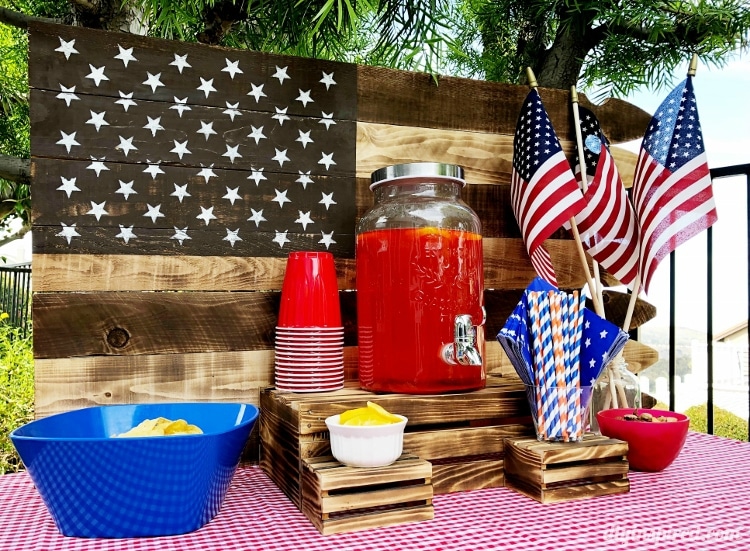 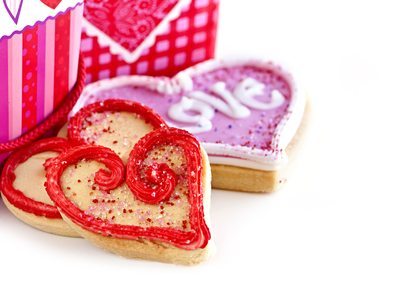 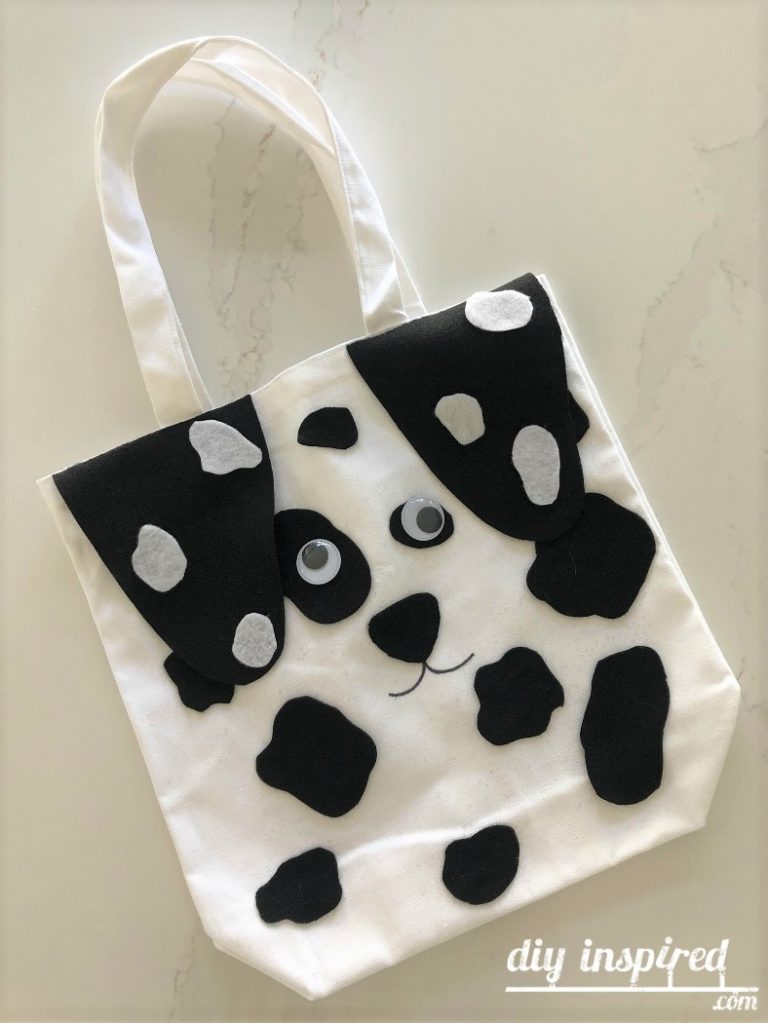 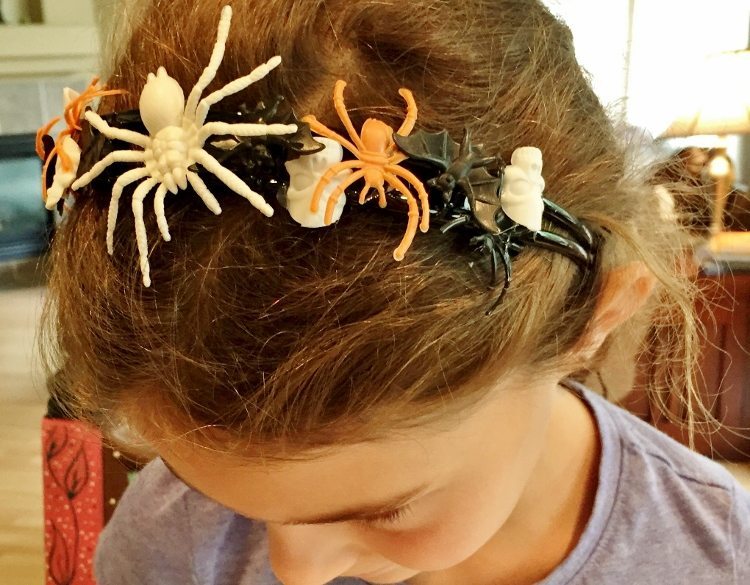 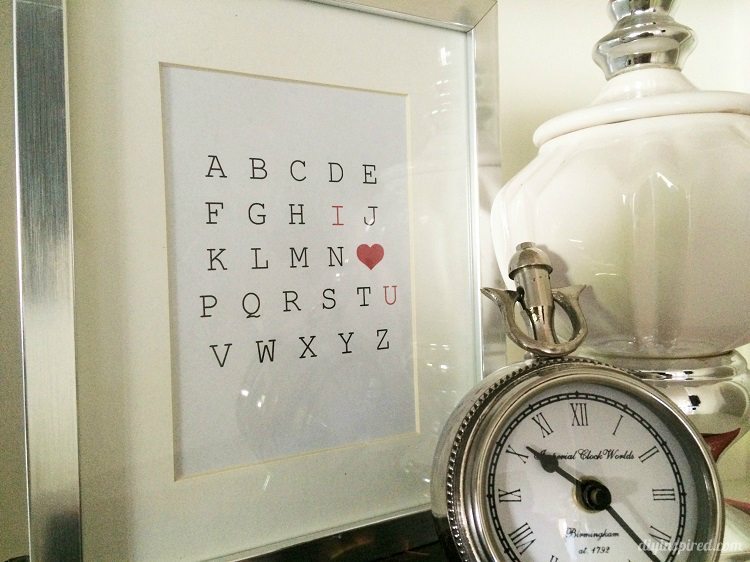